The purchase of the Lafuente archive has been authorized, and it will “be made effective very shortly.” 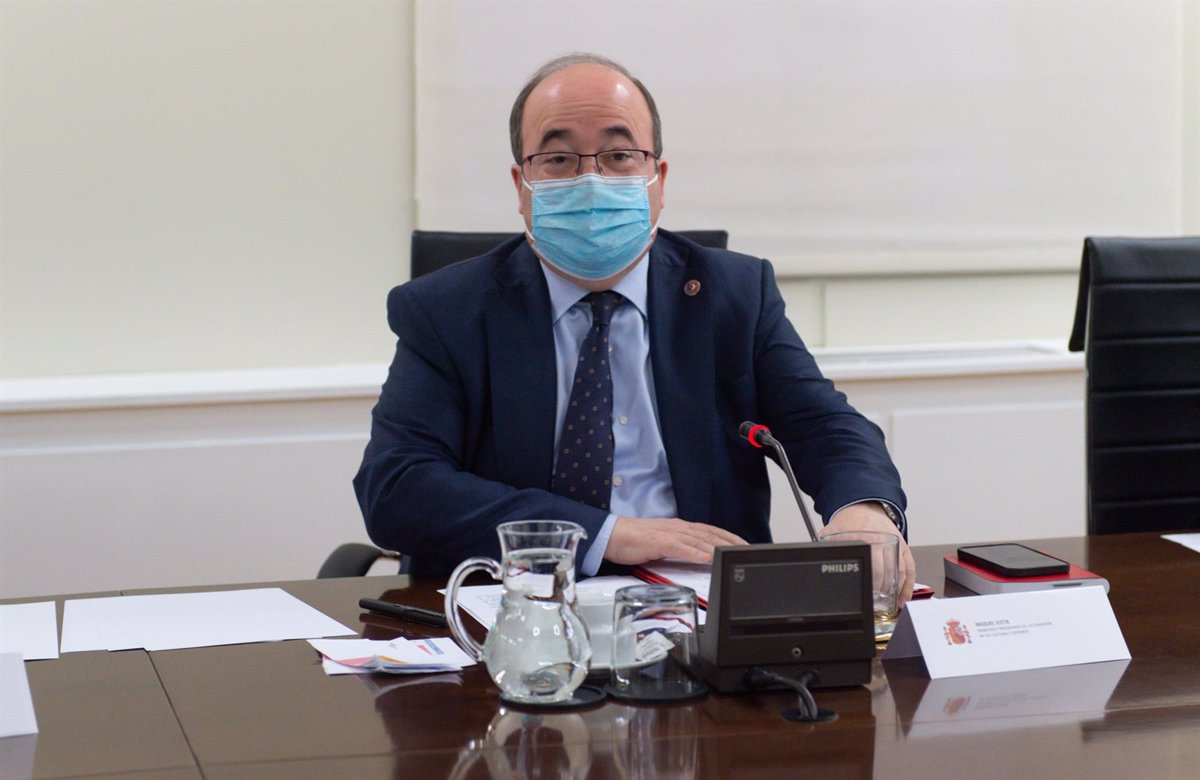 The Board of Qualification, Valuation, and Export of Historical Heritage Assets has given its approval to the Ministry of Culture and Sports’ acquisition of the Lafuente Archive, which “will be effective very soon,” according to the branch’s minister, Miquel Iceta.

This was determined at the celebratory gathering of the organism’s centennial, which took place over two days at the Reina Sofa National Art Center Museum. In this way, the Ministry advances in its purchase of this remarkable documentary collection, which was recently approved by the Reina Sofa Museum’s Board of Trustees.

Jose Maria Lafuente founded the Lafuente Archive in 2002 to bring together modern and contemporary art collections and documentary collections.

When asked about the archive’s location – a center in Santander is being developed – Iceta said in press comments that the Reina Sofa will also contain pieces in Madrid. “The collection is enormous, and we must be able to make our collections visible,” he continued.

“We are attempting to support having a center in Santander and also making the works open to everyone, as well as making efforts so that part of its collections can be seen in other parts of Spain,” the Minister of Culture stated.

The arrangement “is already done,” according to Iceta, and the purchase “can be made effective very soon.” “I’d like to express my gratitude to Mr. Lafuente for his readiness to share the items they’ve been gathering with the public. This is thanks to the efforts of a collector who was hell-bent on not losing his collection “He made a point about it.

Iceta has emphasized the “herculean effort” required to raise this file. “The Lafuente legacy’s will is clear, the Reina Sofa’s will is clear, and the Board has expressed its support,” she said. In any event, she has stated that Culture will not cover the entire expense of this file. “We don’t pay for everything; if we had to pay the whole value of those 130,000 pieces, there would be no money in the General State Budgets,” she said.

Another topic discussed at the conference was the annual balance of the Ministry of Culture and Sports’ acquisitions of cultural items for the State’s public collections. In 2021, the investment was 5.9 million euros, nearly doubling the previous year’s number.

The works have been included into twenty-one public organizations, including fifteen museums, three archives, the Spanish National Library, and National Heritage. They total more than fifty cultural treasures, including paintings, sculptures, furniture, documentary and bibliographic collections, and installations, to name a few.

The budget featured a 652,584 euro investment in the purchase of contemporary art for the Museo Nacional Centro de Arte Reina Sofa’s collection. Works by Santiago Rusiol, Susana Solano, Pepe Espali, Manuela Ballester, Clara Montoya, Pedro G. Romero, and Eduardo Arroyo, among others, can be found among them.

Furthermore, Picasso’s ‘Bust of a young woman,’ which has been the property of the Spanish State through a court process in which the role of the Board was important, hangs on its walls.

A portion of the 2021 acquisitions went to state-owned museums under the Ministry of Culture and Sports’ control. In reality, the acquisition of El Greco’s ‘Crucifixion’ for 1.5 million euros was the biggest item on the entire budget.

The procedure marks the first time since the museum’s founding in 1910 that a work by the artist has been added to the collection of the Museo del Greco, a state-owned museum in Toledo.

EXPORTS IN THE PRE-PANDEMIC PERIOD

At the conference, it was also revealed that a total of 28,836 items had been granted export license for the year 2021. 2,739 objects have been granted temporary authorization by the Board.

The figure more than doubles that of the previous year, returning to pre-pandemic levels, thanks to the return of international temporary exhibitions like the one dedicated to Goya in Basel (Switzerland), which featured works from the Prado Museum and the National Library of Spain; or the recently inaugurated one on Sorolla in Milan (Italy).

Similarly, the Board has stated that more than half of the cultural property for which an export licence was denied was bought in 2021 through an irrevocable sale offer.

Because of the State’s engagement with the various administrations, 77 of the 118 unlawful files have been added to public collections (state, regional or municipal).

The State has purchased 66 of these works, including ‘San Francisco’ by Francesco Francia (1450-1517) for the Prado Museum, ‘Still Life with Fruit, Birds, and Vases of Flowers’ by Juan Patricio Morlete for the Museum of America, and ‘La Virgen de la Leche’ by Luisa Roldán for the Valladolid National Museum of Sculpture.