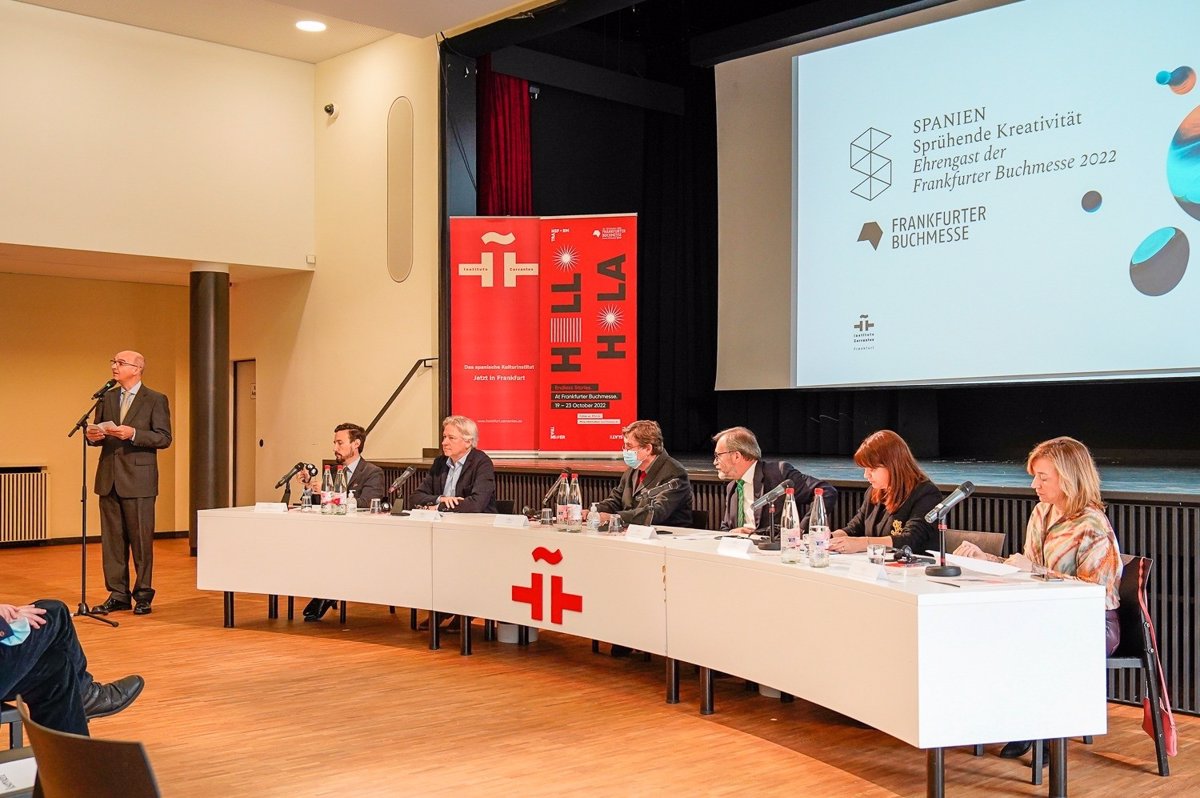 Spain has presented a preview of its cultural and literary program as Guest of Honor of the next Frankfurt Book Fair which will take place from October 19 to 23 and for which almost 90 releases by Spanish authors translated into German are expected throughout this year.

In total, there are at least 86 German releases of Spanish literary works mostly narrative, but also poetry, children’s and youth literature, graphic novels and non-fiction, although the Spanish delegation has assured that this figure “will surely increase in the coming months.”

Of those 86 titles, 40 have received some kind of translation assistance, which is approximately 46 percent. In total, regarding the five strategic markets (German, English, French, Italian and Dutch), since 2019 aid has been granted to 328 titles and, of these aids, 77 have been for German titles.

On the occasion of the participation of Spain as Guest of Honor at the Frankfurt Book Fair, in 2019 the Ministry of Culture and Sports increased the allocation of its translation grants by almost 45%. In parallel, Acción Cultural Española (AC/E) launched a new line of aid, this time focused on five strategic markets: German, English, French, Italian and Dutch.

Since then and until the end of 2021, both lines of aid have contributed more than two million euros to promote the internationalization of Spanish literature. In the specific case of the German market, and pending the pending awards, these figures translate into 78 new titles that have seen or will soon see the light in bookstores in Germany, Austria and Switzerland.

The participants in the press conference, including the director of the Cervantes Institute, Luis García Montero, or the general director of Books and the Promotion of Reading, María José Gálvez, presented a preview of a group of Spanish authors who will make an organized tour of the different Cervantes centers in Germany.

Núria Tamarit, I València Prize for Graphic Novel; Cristina Morales, after presenting her recently translated novel ‘Easy Reading / Leichte Sprache en Lit’ or the Galician writer Ledicia Costas, winner of the National Prize for Children’s and Young People’s Literature in 2015, will be some of the participants in this program.

Also at the Cervantes Institute in Berlin, the author Antonio Muñoz Molina will be as a guest and will debate with the president of the German Hispanic Association, Susanne Zepp, on April 25, while two days later this center will host a tribute to Almudena Grandes.

there will be a program with dance performances, theater performances, exhibitions, film cycles, musical events, dramatized readings or installations at different locations in Frankfurtas well as in other German cities.

The director of the Frankfurt Book Fair, Juergen Boos, has advanced that the meeting will return to face-to-face, after previous years subject to restrictions due to the pandemic, while acknowledging that there is still “an unpredictable scenario” in the event of a new wave of infections.

“I can’t say yet how it will be in the fall, but the number of registrations is being very positive and with a great international presence. We will coordinate the security measures with the German health institutions, it will be necessary to wear a mask but with face-to-face events, “he concluded.