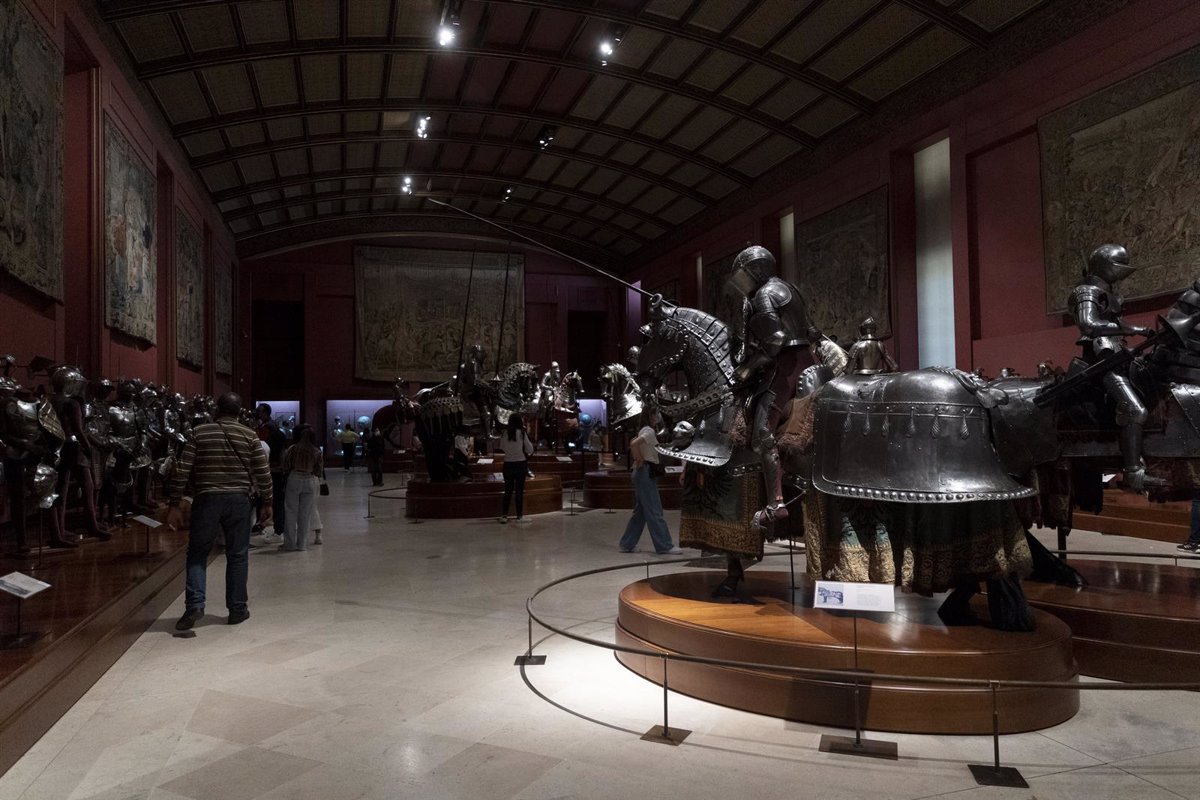 The Spanish government is waiting for the arrival of a dozen pieces from the Royal Palace Armory and a painting from the Prado National Museum what were they on loan for an exhibition in Moscow and that have been claimed from the Kremlin after the outbreak of the war in Ukraine. The pieces, which were to be exhibited in the exhibition ‘The duel. From trial by combat to a noble crime‘, They are on a trip and are expected to arrive in Madrid in the coming days, sources from National Heritage have confirmed to Europa Press.

The exhibition, which was to open on March 3 at the Kremlin Museums in Moscow, was canceled following the invasion of Ukraine. The main international institutions, including the Spanish ones, which donated works and objects, demanded their return.

Spain had sent “valuable pieces“, according to Patrionio Nacional, to Russia, among which were an armor of Emperor Carlos V and an armor of a greyhound, as well as a saddle, and the painting ‘The Emperor Carlos V’, by Juan Pantoja de la Cruz, owned by the Prado Museum Other prestigious European institutions such as the Vienna Armory, the English Royal Armory, the Louvre Museum or the French National Library had also donated pieces to be exhibited in Moscow.

On the occasion of the invasion, the institutions involved coordinated an operation to return the works and objects transferred to their origin. “We have made the moves with the rest of the European institutions, We have all left together in a convoy to the German city of Cologne and at all times diplomatic and cultural work has been respected”explained National Heritage.

When the works and objects arrive in Madrid, they must have a period of two or three days of acclimatization before being exhibited again and, coinciding with their return to Spain, National Heritage prepares the reopening of the second floor of the Armory of the Royal Palace, closed as a result of the pandemic, where the recently arrived pieces from Moscow will be exhibited.

The Minister of Culture and Sports, Miquel Iceta, has justified this Tuesday the decision to claim the works and objects from the Kremlin as a way of expressing rejection of the war. “We absolutely condemn the aggression, we have canceled (the Spanish participation) in the Moscow exhibition and we have asked for the return of the pieces, because we must distinguish between collaboration with the government and respect for Russian culture, although sometimes it is difficult to maintain a balance“, Iceta explained in an interview on TVE collected by Europa Press.

Iceta has opened the door, however, to those Russian artists who publicly reject the aggression against Ukraine. “We have to cease all collaboration with the Russian government, but we show ourselves clearly favorable to those who, from within, are opposed (to the conflict),” Iceta has indicated, who has assured that he is not “willing to give up Russian culture”.

Fuentes del Prado has explained to Europa Press that the recovery of Juan Pantoja’s work has not involved a conflict with the Russian government. “The cooperation of the Kremlin Museums has been absolute the painting is returning to Spain without any news and will arrive in the next few days”, they have confirmed from the Prado.

This was the only work of the museum that was in Russia when the war began, and no other collaboration with the Russian government or cultural institutions is planned.

“These projects are done two or three years in advance and this collaboration was normal, but there is no other work in progress, nor any work from a Russian museum in El Prado“, has indicated a spokesman for the art gallery.