“Faced with the barbaric invasion of Ukraine, the cultural world must help us” 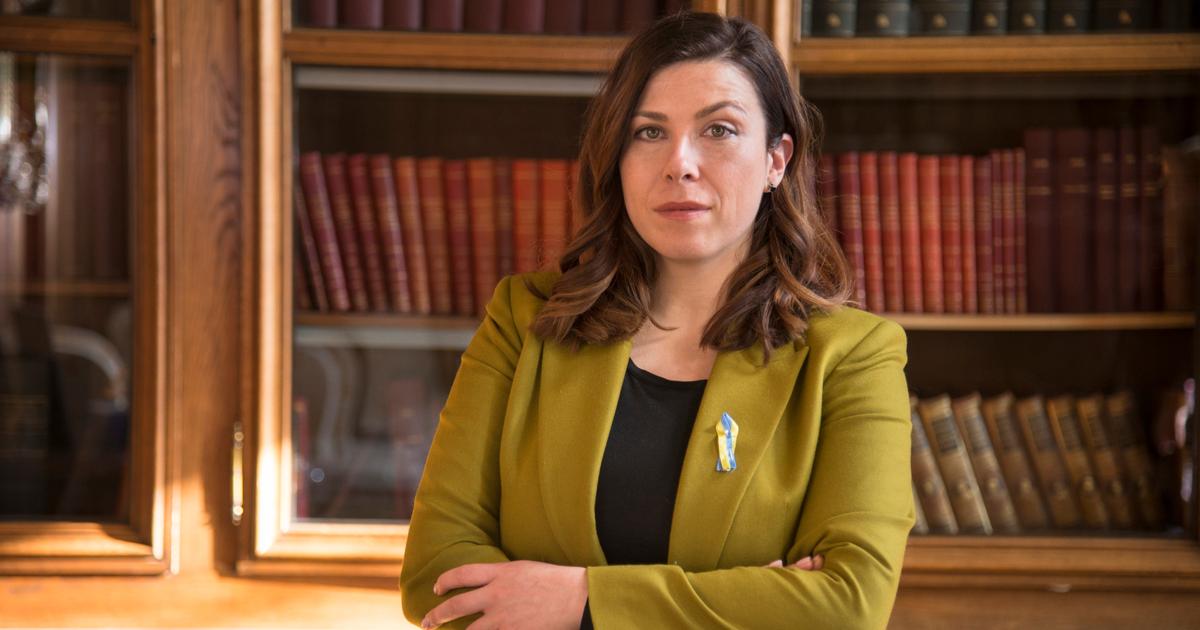 Chosen to preside over the Series Mania jury, the producer from kyiv recounts her exfiltration to come to Lille. She hopes to be present at the Cannes Film Festival to renew her message.

Just 72 hours ago, Julia Sinkevych was a refugee in Lviv, near the Ukrainian-Polish border, after fleeing the bombardments in the kyiv region. These days, after a tiring and dangerous journey, the co-founder of the Ukrainian Academy of Cinema and representative in Ukraine of European producers, walked the red carpet of the twelfth edition of the Series Mania Festival, which she agreed to chair. This participation, which she conceives as a showcase, worldwide, to denounce the abuses of Vladimir Putin and to call for help to end the war. Goal achieved: in Lille, from the Hollywood bible Variety to Figarothe media flock to talk to him.

Friday evening at the opening ceremony, his speech ended with a standing ovation in the New Century room. From Audrey Fleurot to Martine Aubry via Xavier Bertrand, the singer Yseult, the creator of Ten percent Fanny Herrero, the star du Legends Office Jonathan Zaccaï, the director of Unesco Audrey Azoulay, the president of the SACD Pascal Rogard or Christophe Tardieu, number 2 of France Télévisions, all were very moved by his courage. She welcomes us on Saturday, on the sidelines of the first day of competition, under the gilding and wooded walls of the Chamber of Commerce behind the Grand-Place in Lille. On his green jacket is immediately noticed a yellow and blue ribbon in the colors of Ukraine. At 38, this former lawyer, born into a family of artists, architects and sculptors with impeccable English, started out in the music industry before branching off into the cinema 12 years ago. She is a fierce activist of Ukrainian culture, long “annexed” by Russia.

LE FIGARO. – Why did you take the risk of coming to Lille and perhaps not being able to return to Lviv with your loved ones, once the festival is over next Saturday?

Julia SINKEVYCH. – Too few big names in Ukrainian culture are able to express themselves in the media. I wanted to be useful. I have no military training. I believe in the power of culture and I ask the cultural world to help us. Europe must work with us to end this war. Series Mania is an opportunity to draw attention to my country and react to this barbaric invasion.

What were you doing at the time of the invasion?

I was in Kyiv where I was finishing the sound editing and colorization of the film Lucky Girl, the portrait of a journalist suffering from cancer. This feature film was sent to the selection committee of the Cannes Film Festival. For the moment I have no news. As we are at war, I no longer have any control and the version that we sent urgently was not finished. I was also closing the pre-financing of the historical biopic dedicated to our country’s greatest poet Lesya Ukrainka. The actress is found: it is Daria Polunina who is very young. I hope she will still be there when it is possible to shoot. Lesya Ukrainka was a very modern woman who spoke nine languages, traveled extensively and lived in the early 20th century.e century. In each city, a street, a library or a monument bears his name. For us Ukrainians, it has been very important since independence in August 1991 and the Crimean War of 2014 to reclaim our cultural roots. Because of Moscow’s propaganda, many big names in our heritage are defined as Russians when they are Ukrainians.

My initial plan was to leave, but I realized that I would be more useful if I stayed put.

What did you decide to do when the first bombs fell?

We knew for several weeks, and the speeches of Joe Biden, that war was imminent. My initial plan was to leave immediately but when it happened I realized that I would be more useful if I stayed put. My two best friends are investigative journalists. For security reasons, I cannot give you their names. One of them offered me to become a “fixer” for the special envoys of the French daily The world. I had never done that. It lasted about ten days. It was passionate. We were in Kyiv. We once went to Irpin looking for interesting stories and testimonies. In Irpin, it was already dangerous, you had to equip yourself with bulletproof jackets and helmets. I was very afraid.

How were you contacted by Laurence Herszberg, Managing Director of Séries Mania?

She was the first Westerner to contact me. On the third day of the war, she texted me offering to come to Lille to chair the Series Mania jury. We have been friends since 2014. Series Mania selections were screened at the Odessa Film Festival, which I was in charge of. At Laurence’s request, I came to Paris to present scripts from Eastern Europe. After his text message, we called each other every other day. I told him : “Are you sure of your choice? I can’t promise to stay alive until then”. Laurence made her decision knowingly.

How was your exit from Ukraine?

I had already left Kyiv for Lviv with my mother, my aunt and my cat Wall-E (like the Pixar film, she laughs even if her eyes remain foggy, Ed.). In Kyiv, it was impossible to stay because of the air raids (she shows us on her phone the application listing all the sirens ringtones). There were alerts to go down to the shelters every hour. It was forbidden to take your pets there, but everyone did. I haven’t slept for several days. When it was time to leave for Lille, I left mine in Lviv and drove for six hours by car to Warsaw. The Polish Film Academy was a big help. From there, I flew to Paris and arrived in Lille on Thursday March 17. I will make the same journey to return next weekend to Ukraine.

Ukrainian directors film Russian abuses. Images that can be used to prove war crimes in court.

What do you plan to do there when you return?

I coordinate support for Ukrainian filmmakers. The women directors and their children left temporarily for Europe. But men under 60 are not allowed to leave the country. These directors fight for their country in different ways. Some film the abuses of the Russian army. Images that can be used to prove war crimes in court. I provide them with equipment, cameras… Others are involved in civil defence, humanitarian aid, the transport of medicines. I also multiply the conversations with foreign festivals including those of Cannes and Tallinn in Estonia.

What will be the consequences of the war on Ukrainian audiovisual production, cinema and series, which, like that of other Eastern European countries, was experiencing unprecedented dynamism?

In terms of content, there will be plenty of stories about the conflict to tell. From a Ukrainian point of view but also Polish, Romanian. War is going to be a central subject on the screens in the years to come. It remains to be seen what state the Ukrainian production and distribution companies will be in, as well as the dark rooms at the end of the fighting. This will depend on the economic situation, but many bankruptcies are to be expected. And also creators and talents who will survive this war. We have already lost some like the young Pasha Lee who died in Irpin on March 6 at the age of 33. He had enlisted a week earlier in the Ukrainian army.