Bill Gates was spotted on a hot date 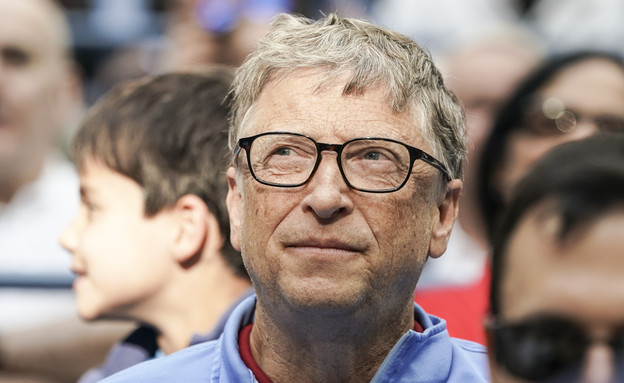 Last Friday, billionaire and newly divorced Bill Gates was spotted at a tennis game with a mysterious brunette sitting next to him – and on the other side an actress who was nominated for an Oscar. The two laughed and had fun together throughout the game, just seven months after he divorced his ex-wife, Melinda.

The 66-year-old Microsoft founder, considered one of the richest people in the world, sat during the game between the two companies, Elizabeth and the mysterious brunette, while the three tennis fans enjoyed, laughed and smiled at each other. Gates wore a hoodie and khaki shorts, and wore the glasses he had been identified with for years.

Melinda and Bill Gates married in 1994 and have been together for 27 years, during which time they had three children together: 25-year-old Jennifer Catherine, 22-year-old Rory John and 18-year-old Phoebe Adele. The two finally divorced last August – and each went his own way, without signing a financial agreement in advance.

Last May, technology giant Microsoft investigated a romantic relationship Gates had with an employee about 20 years ago, but it did not come to fruition because Gates resigned from his position on the company’s board of directors. According to his spokeswoman, “his decision to leave the board is not related to the subject of the novel – and he took the step to devote more time to his philanthropy.”