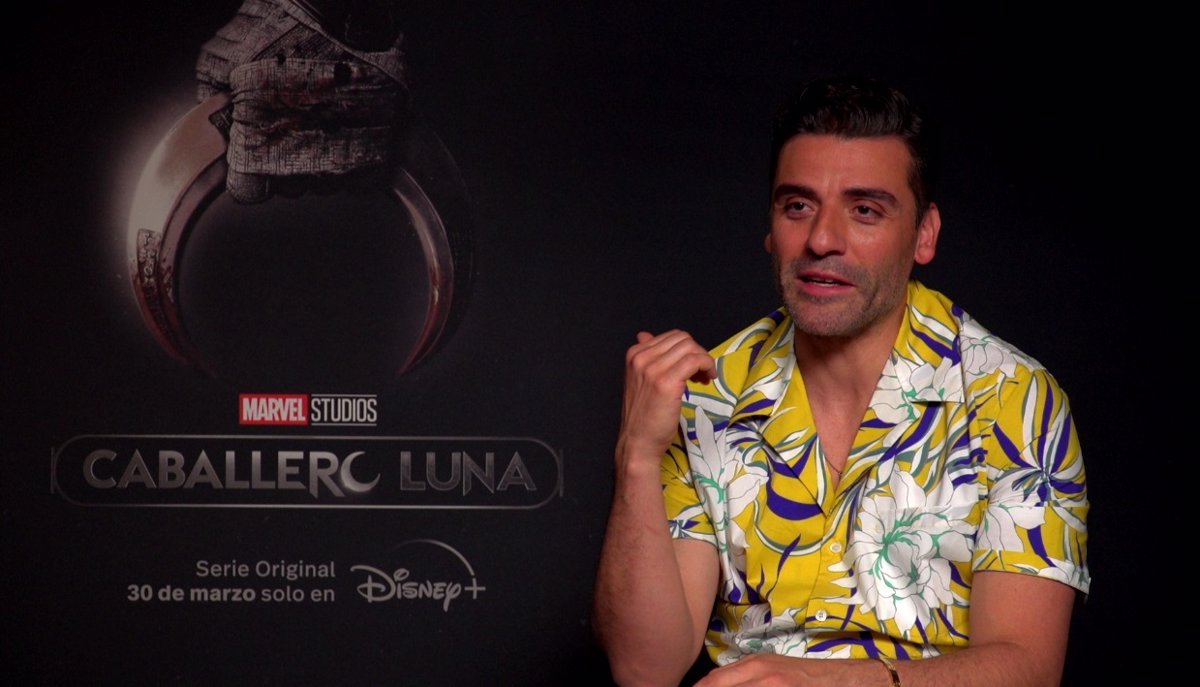 Next Wednesday, March 30, Disney + premieres ‘Caballero Luna’ (‘Moon Knight’), the new series from Marvel Studios. oscar isaac stars in this fiction in which he gives life to Steven Grant, a man who suffers from dissociative identity disorder and that the Guatemalan actor defines as “a character study” never seen before within the Marvel Universe in which a subject as delicate as that of Mental health.

“With this series I saw an opportunity to do a character study, something that hasn’t been done in the Marvel Universe, maybe a little bit in the first Iron Man.“, Isaac points out in an interview with Europa Press in which he assures that, in a panorama saturated with movies and now also with superhero series, what makes ‘Moon Knight’ “unique” is “the character, and show how he feels, his point of view, and also talk about mental health“.

“I don’t know if there is a message about it (mental health) but the story unfolds in such a way that what has to happen is an integration of identities, which are healed“, advances the actor of Guatemalan origin raised in Miami who believes that, as it happens in the series, the mind is capable of getting the body to do incredible things, almost impossible.

“For me that is the key to the story. It seems like the superpower is the cape and the suit and all that… but the truth is that his superpower is a real thing that people have.” Isaac points out that he remembers how in his preparation to give life to the character he met cases of people with this multiple personality disorder who, in order to “survive traumas or abuses” that they had suffered when they were “four or five years old”, fractured their minds “and they created other characters to be able to overcome it“. “And those personalities even have a different type of blood… they are complete humans living within the same body. That’s a real superpower. Knowing that for me was fascinating“, sentence.

confessed fan of marvel comics since he was a child and with experience in superhero movies, where he gave life to the villain in the movie ‘X-Men: Apocalypse’ (2016), and in other great franchises such as ‘Star Wars’, Isaac says he doesn’t feel giddy starring in, and also producing, Marvel Studios’ first series centered on a character who hasn’t appeared in the MCU movies before..

“For me that only meant freedom, an opportunity to create what we were most interested in, we were able to remove stereotypes and focus on what was most unique to us“, explains enthusiastically the protagonist of titles such as ‘Inside Llewyn Davis’, ‘Ex Machina’ or ‘Dune’, who appreciates the opportunity of presenting on screen “a character that most of the public does not know” and that “has been changing a lot in the comics“.

CROSSOVER WITH DAREDEVIL OR BLADE

As for the future of ‘Moon Knight’, Isaac acknowledges that he would like to cross his path with other dark and complex Marvel heroes such as Daredevil, Blade or The Punisher, although he is aware that the public rules and does not take for granted that the series will have a second season. “If there is a story that is worth exploring, it may be so, but first we have to see if people like this first“, he concludes.

‘Moon Knight’ tells the story of Steven Grant, a kind gift shop clerk who suffers from memory loss and experiences flashbacks from another life. Steven discovers that has dissociative identity disorder and shares a body with mercenary Marc Spector. As Steven/Marc’s enemies converge, the protagonist must grapple with the complexity of his identities as he plunges into a deadly mystery that dwells among the mighty gods of Egypt.

Ethan Hawke, Gaspard Ulliel, May Calamawy, F. Murray Abraham and Lucy Thackeray complete the cast of the series whose first chapter, of the six that make up its first season, premieres on March 30 on Disney +.