The Power of the Dog, Belfast, Coda… All about the most anticipated films 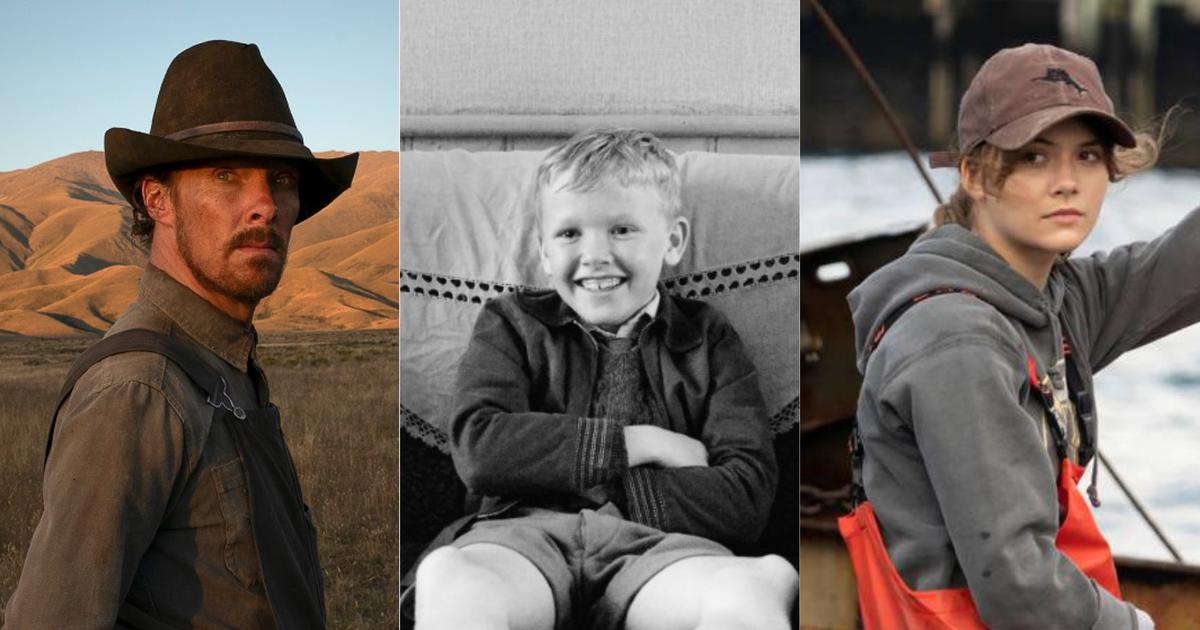 Ready for the ceremony, which takes place overnight from Sunday to Monday? Re-read reviews from critics of Figaro and there’s still time to see most movies, currently in theaters, on Netflix, Prime Video, Apple TV or on DVD.

Fifteen feature films are preparing to do battle on Sunday evening at the 94th Academy Awards. Best Film, Best Original and Adapted Screenplays, Best Male and Female Performances, … The majority of Hollywood’s coveted golden statuettes will be distributed to a host of critically acclaimed feature films scrutinized at festivals and film awards. Ahead of the most anticipated evening in American cinema, Le Figaro recaps the most important movies to watch at the 2022 Oscars.

Buddy, a 9-year-old boy, grew up in Belfast when the violent period of unrest between the English Protestant population and the Irish Catholics broke out from 1969. This autobiographical fiction, produced in black and white by Kenneth Brannagh, is notably nominated in the categories of best film and best director. In the poster, Ciarán Hinds and Judi Dench are also in the running for the statuette of best actor and actress in a supporting role. The Oscars for best sound and best original song could also go to him.

Ruby, an American high school student and emerging singer, learns to juggle between the beginnings of a promising career and the expectations of her family. The problem? His parents and brothers are all deaf. remake of The Aries Family , Coda reported the Producers Guild of America’s (PGA) Best Picture of the Year award last week, usually a good indicator of best picture Oscar honors. The film can also claim to win the award for best adapted screenplay. Hearing-impaired actor Troy Kotsur is nominated for Best Supporting Actor.

A rapidly approaching comet is heading straight for Earth and threatens the blue planet with a cataclysm not seen since the extinction of the dinosaurs. Good news: scientists realize this in time. Bad news: the political-media class doesn’t give a damn. A satirical and scathing comedy, this cinematic metaphor for the fight against climate change joined the various candidates for the title of best picture, in addition to being nominated for the Oscars for best music, best adapted screenplay and best editing.

If Andrew Garfield wins the Best Actor category, it won’t be for his surprise performance in Spider-Man : No Way Home , but good for his first role in a musical. A performance that also earned him the Golden Globe for best actor in a musical film. With Tick, Tick… Boom!Andrew Garfield is trying his hand at the biopic genre for the second time, the first dating back to 2010. The Social Network, the director David Fincher gave him the role of Eduardo Saverin, co-founder of Facebook. The Oscars offer Andrew Garfield the opportunity to win twice in the best actor category, coveted by Benedict Cumberbatch, Javier Bardem, Denzel Washington and Will Smith.

A Japanese director must go to Hiroshima, where he will prepare a new adaptation ofUncle Vanya by Chekhov. He is driven there by a not very talkative driver. The two characters will get to know each other along the way. Screenplay Prize at the Cannes Film Festival 2021 and best foreign language film at the Bafta 2022, this road movie by Ryusuke Hamaguchi is notably one of the feature films in competition for the statuette of the best international film – in addition to the double ticket for the Oscars for best film and best director. Adapted from a Japanese short story by Haruki Murakami, Drive My Car is also nominated in the category of Best Adapted Screenplay.

Paul Atreides accompanies his family and his house to the planet Arrakis, the only known point in the galaxy where Spice is found, a powerful hallucinogen, necessary for space travel. New adaptation of the eponymous science fiction novel by Frank Herbert, the Dune directed by Denis Villeneuve is nominated in a myriad of technical categories, where Hollywood blockbusters usually rub shoulders. That is ten nominations in all, which will make it the second most cited film of the evening behind The Power of the Dog. He will naturally try his luck for the Oscar for best film and for best adapted screenplay.

2 nominations. 2:08. Currently in theaters. Available on DVD, Blu-ray and VOD.

Between charming escapade in Oslo and Scandinavian melancholy, this feature film follows several sequences of the life of a Norwegian woman in her thirties and mischievous (Renate Reinsve, prize for female interpretation at the Cannes festival 2021). Directed by Joachim Trier, the film (titled The Worst Person in the World, in its English version) could win in the category of best original screenplay. And shine in that of the best foreign language film.

An ambivalent patriarch devotes himself wholeheartedly to the sports education of his two young daughters, aspiring tennis players. Their names are Venus and Serena Williams. Title King Richard in the United States, the biography of the Williams family could notably win Will Smith his first Oscar, in the category of Best Actor, after two unfortunate past nominations (for But and In search of happiness). Nominated in the categories best film, best original screenplay, best editing and best original song, the film also allows Aunjanue Ellis
to compete for the Best Supporting Actress statuette.

An old teenager and a young adult fall in love with each other, between California and New York in the mid-1970s. An innocent and inspired fable about the first loves of youth in the past, the film by Paul Thomas Anderson is competing for the two coveted Best Picture and Best Direction awards. He could also win the statuette for best original screenplay from the big favorite Belfast.

After his Oscars for best film and best director won in 2018 with The Shape of Water , Guillermo del Toro returns to attack Hollywood’s most prestigious prize with a new story with deep fantastical overtones, set in 1939 America. No water monsters here, but contortionists and freaks . Not favorite for the supreme Oscar, the feature film could capitalize at least on its sets, its costumes or even on its photography.

The Lost Daughter the Maggie Gyllenhaal

A somewhat lost 40-year-old leaves to recharge her batteries in Greece. She meets on a beach a young mother exhausted by her child and who reminds her of her own maternal wanderings. The first film directed by actress Maggie Gyllenhaal, this adaptation of a novel by Elena Ferrante (nominated in the category of best adapted screenplay) puts Olivia Colman and Jessie Buckley in a very good position for the Oscars for best actress and best actress in a supporting role.

The Power of the Dog the Jane Campion

Deep in Montana, 1925, a brutal cowboy (Benedict Cumberbatch) rages against his brother’s alcoholic wife and effeminate son. A way to purge the painful secret he keeps inside him. Deconstructing the virile myths of the American West, Jane Campion’s intimate western is the favorite feature of this 94e edition of the Oscars. It has accumulated no less than twelve nominations, including the coveted categories of best film and best director.

New York, 1957. The Jets gang rivals that of the Puerto Rican Jets. That doesn’t stop little hitter Tony (Ansel Elgort) from falling in love with graceful Maria (Rachel Zegler), against all odds. From Steven Spielberg, this faithful remake of the 1961 musical garnered ten nominations, including Best Picture and Best Direction. Revelation of the film, Ariana DeBose has her chances for the Oscar for best actress in a supporting role.

Nestled in the Colombian mountains, the Madrigal family lives in an enchanted house in a city full of life, called Encanto. Each member has a magic power, with the exception of Mirabel, living in frustration. The teenager realizes her importance when her family is exposed to imminent danger. Crowned with the best animated film at the Golden Globes then at the BAFTAs, the 60e animated classic from Disney studios can hope for the Oscar-winning triplet.