Michael Bay directs ‘Ambulance – Escape Plan’: “Now many of the films that win at the Oscars are not seen by anyone” 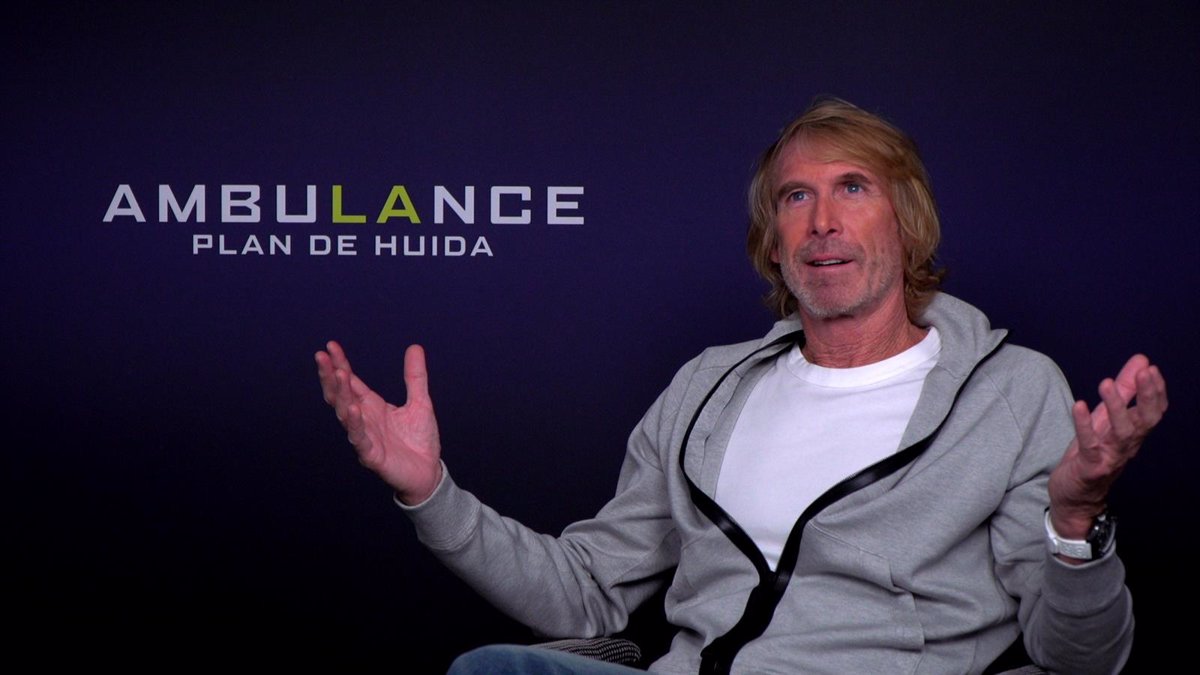 The next April 13 arrives in theaters ‘Ambulance – Escape Plan’ the new movie Michael Bay. The director of the ‘Transformers’, ‘Pearl Harbor’ or ‘Armageddon’ saga returns to the big screen with a intense heist thriller starring Yahya Abdul-Mateen II, Jake Gyllenhaal and Eiza González. A film shot in downtown Los Angeles during the highest peak of the pandemic that the director defines as “a love letter to emergency personnel” with which he does not seek awards or critical acclaim, but rather to entertain and keep the public on edge for more than two hours of frantic chases, firefights and thunderous explosions.

“The Oscars have become very political. Before they used to win movies like ‘Gladiator’ and now many of the movies that win or are nominated are not seen by anyone, they do very, very little box office. This year they have included ‘Dune’, which is a great film, but this doesn’t happen often”, says Bay during his visit to Madrid in an interview with Europa Press in which, although he insists that he has always made films “not to win prizes, but for the people, to entertain the public“Remember that his works have also received Oscar nominations in technical aspects, as in the case of the first ‘Transformers’.

Precisely, the exclusion in the live broadcast of the gala of eight of the categories of the so-called techniques in this edition of the Oscars has generated much controversy among numerous Hollywood guilds. A decision with which they do not seem to agree either Yahya Abdul-Mateen II and Jake Gyllenhaal, the two protagonists of the film who accompanied Bay during his visit to Spain. In this sense, Gyllenhaal stressed that it is very important that “we, those of us who work in front of the cameras, let us value the work of all those who work behind the cameras“.

“I think every single department that works on a film, especially sound, editing, makeup, production design… they all make movies. And I make films, I choose the films I want to make, for example, the director of photography or the editor. And I know that when I work with a great director it is because I know who they are going to hire in those positions.“, Says the actor of ‘Brokeback Mountain’ or ‘Enemy’.

“SHOOTING WITH MICHAEL BAY IS WILD”

A stance seconded word for word by Yahya Abdul-Mateen II, who is full of praise for the director of ‘Ambulance’. “Shooting with Michael Bay is a wild, extremely exciting experience.“, Says the actor of ‘Matrix Resurrections’ and ‘Watchmen’, who in the film plays the decorated veteran Will Sharp, a man who, desperate for money to pay his wife’s medical bills, asks his adoptive brother for help Danny (Gyllenhaal), a charismatic career criminal.

He makes an offer: Participate in the largest bank robbery in the history of Los Angeles and make a loot of 32 million dollars. With his wife’s life at stake, Will agrees but the robbery goes awry and in their hasty escape, when surrounded by police, the brothers hijack an ambulance carrying a seriously injured officer and ER paramedic Cam Thompson (Eiza). Gonzalez).

is then triggered a dizzying and relentless chase in which Will and Danny must make risky decisions against the clock while the paramedic tries, by all means, to save the life of her patient.

She, played by Eiza Gonzalez –absent on this promotional tour due to shooting the series ‘The Three Body Problem’, an adaptation of the science fiction best-seller by Chinese writer Liu Cixin– is the center and “heart” of the film. The true heroine of this story of cops and robbers that Bay himself defines as his “love letter” to the emergency services and to the health personnel who were so demanded during these years of pandemic and also to other public servants such as police officers or war veterans.

“They were very important during the pandemic and, if we take a look at everything that is happening in the world, they still are. These are the people who save lives.” Says Bay, emphasizing that they always had a paramedic on set throughout the shoot, supervising that, from a medical point of view, everything seen in the film was correct. “We also had fifty real LAPD officers on set, including snipers, so it was all very authentic. So it’s also a love letter to all those who protect us.”