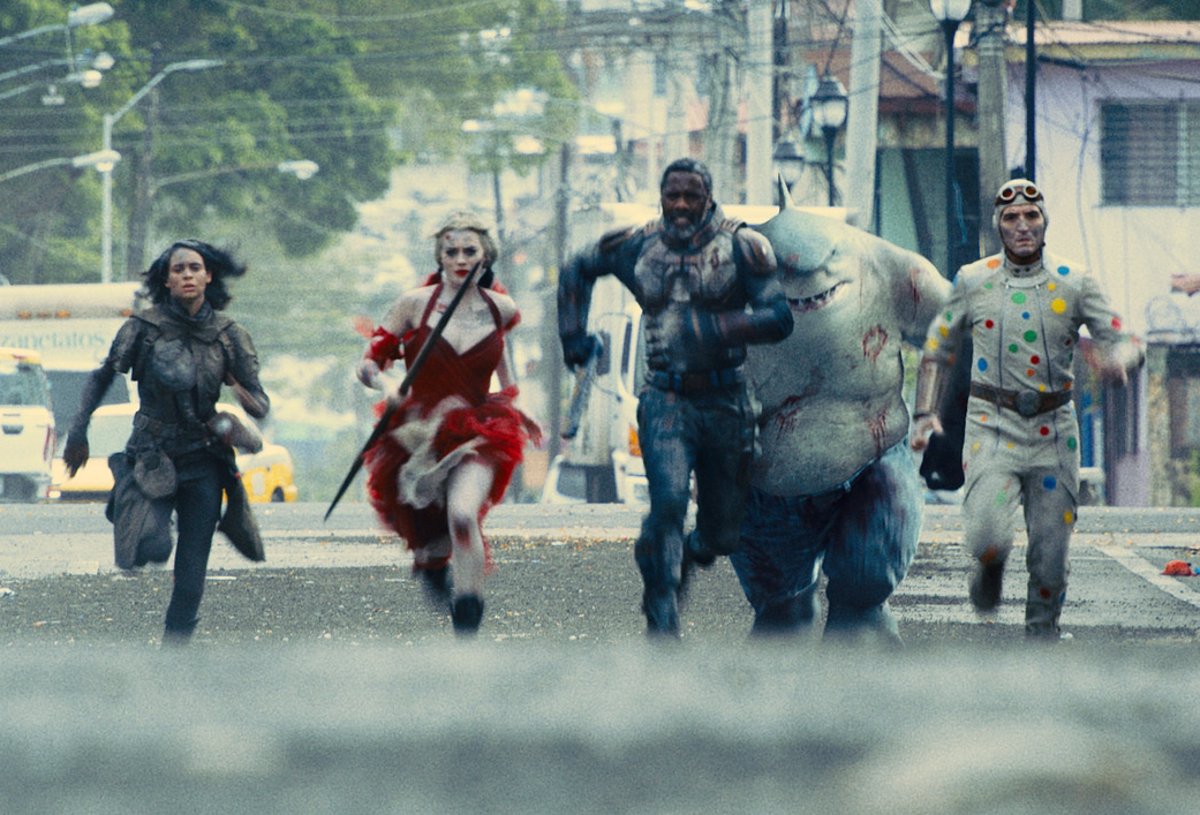 Warner Bros premieres in Spanish cinemas the second installment of the ‘Suicide Squad’ saga, the team of villains led by director James Gunn, who will share the billboard with ‘Boss baby: family business’. ‘Iron Ladies’, ‘True Mothers’ and ‘A Villa in Tuscany’ complete the list of premieres.

From the director of ‘Guardians of the Galaxy’ comes the superhero action adventure ‘The Suicide Squad’ with Margot Robbie, Idris Elba, Viola Davis, David Dastmalchian, John Cena, Jai Courtney, Joaquín Cosío, Nathan Fillion, Joel Kinnaman, Mayling Ng, Flula Borg, Sean Gunn and Juan Diego Botto giving life to their characters. ‘Welcome to Hell’ is the prison with the highest death rate in the US of A and there are the worst supervillains who will do anything to escape, even join the super-secret and murky TaskForce X. And to get it you have to gather a group of supervillains.

After the success of the first installment, Tom MacGrath repeats as director in ‘Baby Boss: Family Business’ in which the Templeton brothers – Tim and his little brother Ted – are already adults, but have grown apart over time . Tim is now a happily married family man and Ted, on the other hand, is the CEO of a mutual fund. But that distance between the two ends when a new boss baby with an innovative approach and an overwhelming attitude brings them together again, inspiring a new family business.

‘A Villa in Tuscany’ is a friendly and family comedy starring Liam Neeson, Micheál Richardson and Lindsay Duncan. First feature film as director and screenwriter by actor James D’Arcy. In the film, a bohemian artist from London travels to Tuscany to sell a villa he inherited after the death of his wife. Also involved in the operation is his son Jack, in the middle of the divorce process, with whom Robert has never understood. What had to be a quick adventure is complicated by the sorry state of the house.

‘True Mothers’ is the new film by Naomi Kawase that develops a story of adoption and motherhood in which after a long and unsatisfactory struggle to get pregnant and convinced by an adoption association, the protagonist and her husband decide to adopt a child. Years later, his family is reeling from the threat of an unknown girl who claims to be the biological mother.

After hitting her husband with a frying pan on the head and trying to bury him in the garden, Inkeri, the protagonist of ‘Iron Ladies’, 75, realizes that she can spend the rest of her life in prison and is launches on a last crazed journey through Finland with her sisters Sylvi and Raili. With the reunions of the past, the dances until dawn and the handsome hitchhikers discover that it is never too late to live life.

The Bulgarian film ‘Little Miracles on Peckham St.’, tells of life in a Brexit London community whose life is aggravated by gentrification. Irina, a single Bulgarian mother, struggles unsuccessfully to convince her neighbors to fight the system.