A storm following William and Kate’s visit to Jamaica 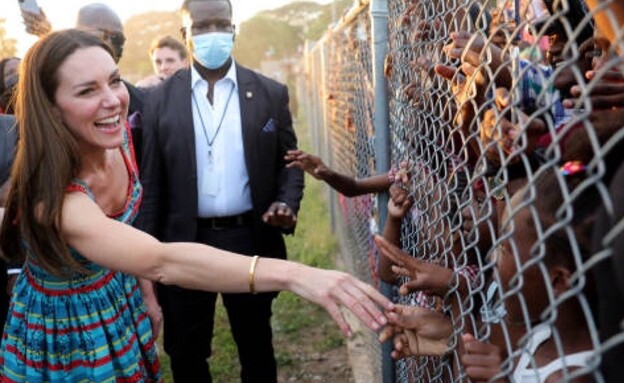 Prince William and Kate Middleton paid an eight-day visit to the Caribbean, marking the Plateau Jubilee for Queen Elizabeth’s reign. The controversial visit was accompanied by quite a bit of public criticism and widespread demonstrations in the country, and now the network is in turmoil over the problematic images from the two’s visit to the country.

William and Kate came to visit accompanied by heavy security, and “won” traditional receptions. William and Kate marched in front of a crowd of children standing behind a metal fence. The harsh images, it must be said, are reminiscent of ugly moments in the history of the British nation, which has maintained an extensive slave array in Jamaica over the centuries.

From the royals that brought you this….. Now bringing you racism 2.0

“From the royal family who brought you these pictures,” wrote one of the surfers about past pictures of Kate, who is carried on a throne by a number of locals. “Now they bring you level 2 racism.” “When William and Kate are photographed with children who appear to be imprisoned behind a fence – what message does this send to that white girl? That racism is paramount.”

When Prince William and Kate are allowing pictures of black children behind a fence, as if caged, what message is this sending to that white girl, racism begins at the top, in All my years I have Never seen any member of the RF meet children, the way Kate Middleton chose to meet pic.twitter.com/9clanNY8iO