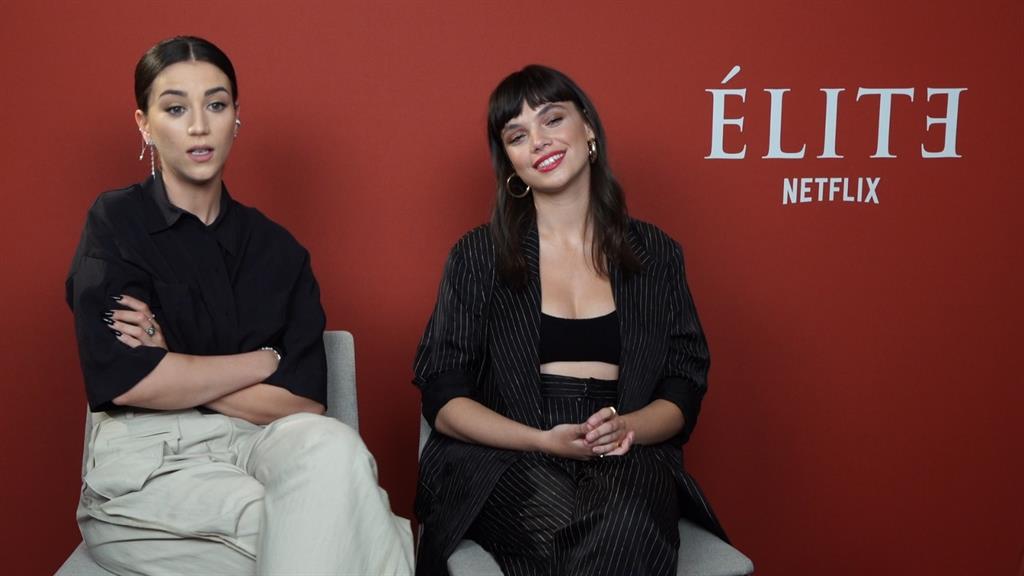 The doors of the prestigious Las Encinas high school reopen. The fourth season of ‘Elite’, the successful series created by Carlos Montero Y Darío Madrona, comes to Netflix on Friday June 18 It will do so marked by the presence of a new generation of students who have been stomping. “We return with a lot of strength, power and surprises“says Claudia Salas, who highlights that these episodes” will break, even more if possible, prejudices. “

“The public has many questions, which considers where this fourth season will go, after three rounds in which everything happened and also after the departure of very important characters. However, I think they will find the essence of ‘Elite’ squared. The level has not lowered, the fans are going to love the new characters, “says Georgina Amorós, in an interview with Europa Press.

The actress points out that one of the aspects that will stand out the most this season will be how the union of friendship continues and how the female characters will support each other. “There will be a very beautiful sisterhood, in which there will be no competition between the girls“, the interpreter advances.

The official synopsis for the fourth season reads: “A new course begins and with it, a new director arrives, Benjamin (Diego Martín), one of the most powerful businessmen in Europe, ready to redirect the institute by applying a heavy hand. Benjamin brings his three children with him: Ari (Carla Díaz), Mencía (Martina Cariddi) and Patrick (Manu Ríos). Three teenagers too used to always getting their way, whoever that fails. They are joined by another incorporation, the of Prince Philippe (Pol Granch), heir to the throne of a Central European principality“.

“IT IS IMPORTANT THAT THERE IS VISIBILITY”

This season, in addition, a greater visibility of sexual diversity among Las Encinas students will be sought. “It is very necessary that space be given, in a youth series, to a relationship between two girls in which, beyond a sexual attraction, there is a love story“Salas says.” I hope it breaks down barriers and prejudices, “adds Martina Cariddi.

“I am sure of it, it can help people to see that there are other ways of loving and relating as a couple“adds Manu Ríos. Precisely the new students are another of the elements that will revolutionize Las Encinas this season.

“It has been like showing two worlds, the old one with the new order that arrives, with a director who imposes other types of doctrines. At the beginning of the series, these conflicts arise between veterans and rookies– I think that all the characters will find themselves in new situations thanks to these new students and that is what makes this fourth season interesting, “explains Salas.

A SEASON MARKED BY COVID.19

The fourth season was shot in the middle of the coronavirus pandemic, which meant that the recordings were experienced in a very different way. “There was a very strict protocol, we were tested for antigens every day and PCR weekly.– Offstage, we always wore masks, social distance was at all times. But, as far as possible, we have taken it a long time and, most importantly, everything has gone ahead“, details Carla Díaz.

“I am hopeful that the situation will change,” adds Itzan Escamilla. “I can only applaud for the incredible work the covid team has done on the set., because of how they have taken care of us and how they have allowed us to film this season, nothing simple, since there are several scenes with many extras and, at no time, has fluidity and naturalness been lost “, adds Miguel Bernardeau.