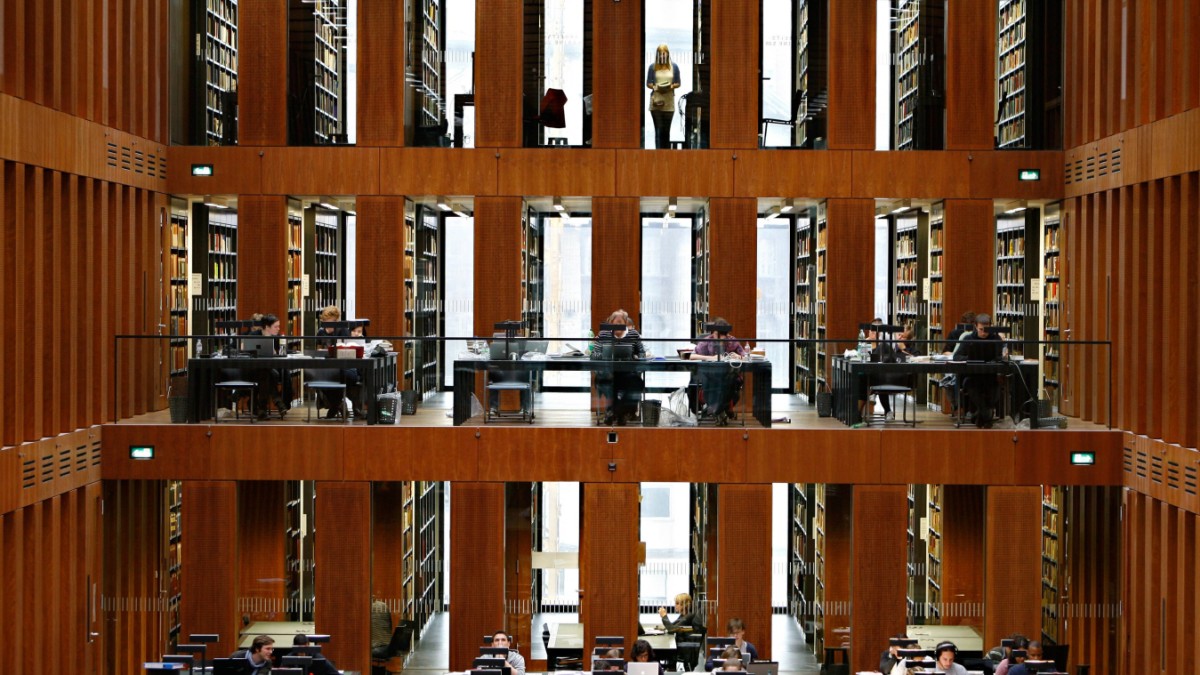 That was the German professor: Ordinary glory, autonomy in the petty principality of the institute. This picture has changed radically over the past two decades. The German professor has become more cooperative, more employee-like in habit, he seldom wears a tie and lets himself be spoken on first-name terms, and finally he is, and she is more and more often, a professor. However, one thing still applies: the organization of research and teaching at the universities is still very much – much too much – geared towards the distinction between professorships and non-professorships.

Anyone who does not get a professorship by the age of their mid-forties, but has accumulated all sorts of qualifications for it by then, remains a private lecturer at the university in this country, with poorly paid teaching assignments, but without a permanent civil servant position. Or else has to see where he or she is. That has always been the case. But since the German university was developed into a mass university – that is, quite a long time ago – it has been quite idiotic not to set up any permanent positions other than professorships for those for whose scientific career the state has already spent a lot of tax money. Whether you call them “lecturers” or something else.

Of the scientific staff in Germany, 92 percent of those who are under 45 and do not have a professorship only have temporary contracts

The “young” researchers work on their further qualifications, i.e. on new theses and results, on books and papers; on the other hand, without secure employment, they are slaughtered under the cloak of project-making to keep science going: teach courses, organize conferences, solve computer problems and last but not least: work out huge bundles of research proposals, i.e. great-sounding plans for future projects, with which they if approved, continue to finance shaky existences like theirs for a few years. According to recent surveys, 92 percent of academic staff in Germany who are under 45 and do not have a professorship only have temporary contracts.

Like I said, that’s actually idiotic. Not only for the people, but also for the system of research. But for a long time, as a candidate or as a professor hovering over it, you didn’t talk aloud about the tough uncertainty of your career – because that was far too embarrassing. And because one feared that the smell of unsuccessfulness and laziness would cling to the candidate. You’re supposedly passionate about nothing else than science, come what may, and that’s why you only work on your habilitation thesis at night after work, when everything else for the project and the institute has been done without a murmur. Up to many years have passed with it.

This silence is at least since the twitter movement under the hashtag #IchBinHanna, which started in June last year. “Never after work. Think about the next applications & applications every ‘free’ minute to secure your own existence,” wrote a researcher in one of more than 134,000 tweets from academics who showed solidarity with the campaign or their own destiny revealed between lurking and sneaking around.

The initiators of #IchBinHanna, Amrei Bahr, Kristin Eichhorn and Sebastian Kubon, have bundled the arguments of the debate in a book. The outcry of those affected was triggered by a cynical, meanwhile officially deleted, film by the Federal Ministry of Education and Research, in which a cheerful explanatory video Hanna stood impartially for “that not one generation is blocking all the places”, as well as for the view that the undignified hanging parts of the Postdocs increased “the innovative power” of German science.

The trio of authors, themselves from the humanities and so far without permanent positions, approach the matter with an impressive mixture of precision and polemics and identify two main reasons for the misery: first, the limitation of qualification positions to a total of twelve years (twice six, before and after the Promotion) – temporary positions, which are misused for all sorts of other activities; and secondly, the dependency on third-party funds, which means: you have to constantly beg for some special and “excellence” funds with enormous presentation effort, which are missing from the normal financing of the universities, but should not be missing.

Since 2007, the dreaded Science Time Contract Act (WissZeitVG) has regulated the time limits on employment contracts, which make it difficult for many highly qualified researchers in Germany to sleep well. Bahr, Eichhorn and Kubon emphasize that this is not the only beginning of the problem, but that the law “represents a first (albeit failed) attempt to get a grip on an escalating fixed-term (un)system”.

When the state created a large number of new study places in the 1970s but did not hire enough appropriate staff, officials used the excuse that as many temporary positions as possible ensured dynamism and movement. This created a “culture of distrust” towards the so-called youngsters, the three authors write: “It is also expressed in the unsupported assumption that permanent posts would make those concerned lazy and inflexible and only fear of existence leads to productivity and innovative research. Why this should not apply to professors, who are civil servants for life and who, according to this logic, should be particularly sluggish and lazy, will probably remain an unsolved mystery forever.”

The protest against the science time contract law is now so loud that the coalition agreement of the traffic light parties praises improvement. According to the ministry, the results of a long-delayed evaluation of the law are now to be presented in May. Let’s see what happens.

But the “#IchBinHanna” book also makes it clear that the problem of the German university lies even deeper and would not disappear immediately with more permanent positions (as the dispute over the Berlin Higher Education Act has shown): It is the voluntary submission to an alleged fair competition and the regime of an “innovation” that often remains vague, which forces entire generations of researchers to “overspend themselves time and time again when applying for funds”. The broadly built, but actually badly funded university has made something very dubious a main occupation: “an absurd race against the expiry of the funded time”.

But then there is something else that Amrei Bahr, Kristin Eichhorn and Sebastian Kubon do not mention: there are always two parties to a dependency, even if the officials seem to have the upper hand. Everyone who flirts with science after graduation will have to check more closely than before what expectations they have of an academic career.

The fact that so many more doctoral theses are being written in Germany than in the past and than anywhere else should not only tempt some, but also deter many from allowing themselves to be drawn into an excessively long qualification phase for temporary positions in the first place. In order for different life paths to be possible instead of being blocked, the decision to stay in academia or not has to be made a few years earlier: in the cumbersome hierarchical system called university, sure. But also with the individuals. At the risk of sounding terribly paternalistic, and knowing full well that a lot also depends on unfair coincidences, one would like to call out to the university generation “Hanna”: yes, more permanent jobs are needed. But don’t let yourself be exploited either.