We found the girl who did a tattoo with Ben El 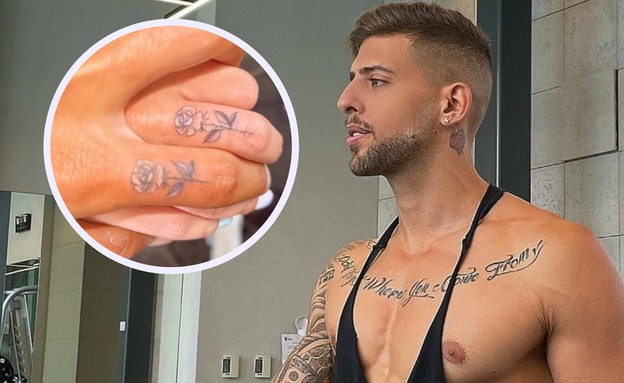 Since the separation from his son’s mother, Ortal Amar, we have been following Ben El Tavori’s love life closely – and are not left with too many answers. Ben El recently dated Bar Peretz, ended the relationship in a rather secretive and implicit way, and was in no hurry to commit to anyone else. Now it turns out that Tavori spends most of his time with a new young model – who is almost a decade younger than him.

Ben El is spending the last few days with Taitam Stern, a 21.year.old model who is represented by the Lace Models agency. Tateem recently started working on her acting career as well, and the two met several months ago through mutual friends. The relationship between the two began in close friendships, but recently there has been a turn in the plot: Beyond the fact that the two spend most of their free time together, Taitam decided a few days ago to go and renew with a new tattoo, and according to associates Ben El decided to join her spontaneously – and did the same tattoo.

Ben El shared a photo of the same tattoo in his story and noted that it is a good company, but in practice the surroundings of the two make it clear that the tattoo comes alongside a lot of time they spend together. While there is no need to explain the great significance of a common tattoo together, the environment of the two makes it clear that something is definitely going on. “They insist they’re just good friends, but it’s not clear what’s going on there because they are constantly together,” an acquaintance told the two. “They are both unclear around it. On the one hand they seem to be together and have no problem even waving this together, on the other hand they declare nothing, not even to their first circle.” We will continue to follow.