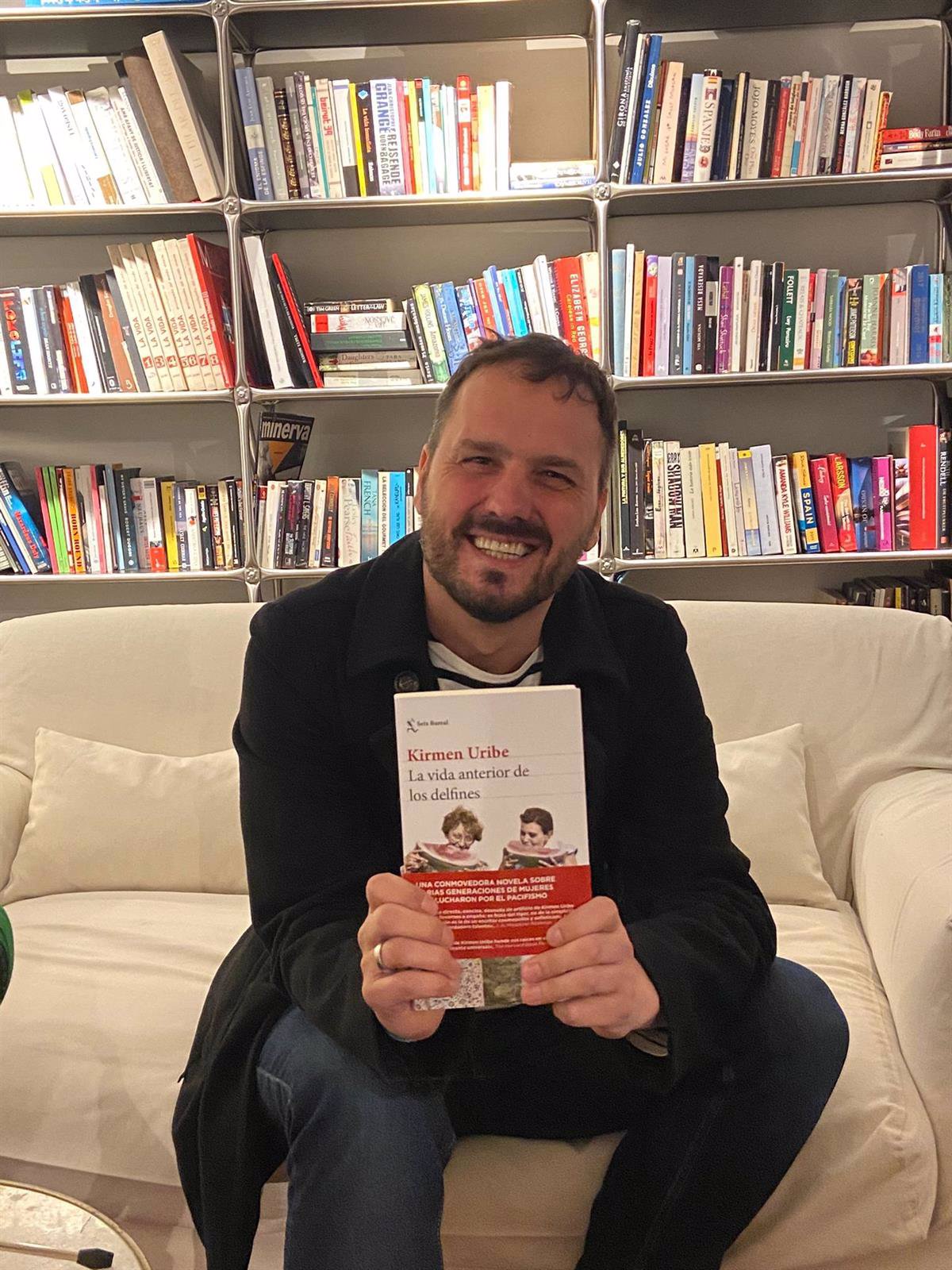 The Basque writer Kirmen Uribe, who presented his novel ‘The previous life of the dolphins’ (Seix Barral) this Monday, March 28 in Madrid, has assured that he sees the Basque Country “much better” in relation to the chapter on terrorism and period of violence in this area, and adds that “a lot of progress has been made”.

Uribe responded in this way when asked, in a meeting with the press, how he conceives the current situation in the Basque Country from the perspective that living in the United States gives him. “I think a lot of progress has been made, I think Basque society wants to close the issue of violence,” he assured.

In this sense, he considers that some will see the process “too slow” or that “it could have gone faster”, but he believes that “the page of violence is closing well”. “Everyone is going in that direction, the entire society in its plurality,” Uribe clarified.

The author of ‘Bilbao-New York-Bilbao’ (2010) and ‘The time to wake up together’ (2016) has published his new book ‘The previous life of dolphins’. The play tells how the characters of Uri and Nora, Basques who travel to New York, write a novel about the life of the social activist Rosika Schwimmer (1877 – 1948), a parallelism that happened to the author himself.

As he revealed, he wanted to write about “the women who have been important in his life”, but also “talk about women from other parts of the world” and so he began to look for women’s lives in New York. Uribe began to investigate the photographer Diane Arbus, but her abundant bibliography on this author made him change his mind.

It was then that he found himself on a chance visit to the New York Public Library with 176 boxes containing material from Schwimmer’s life. “I started reading about her, an activist, Hungarian, who has to go to the United States, and it seemed like an incredible life,” she confessed.

In addition to being a recognized suffragist, Uribe has sought to highlight her pacifist facet, highlighted in the chapter in which she tried to stop World War I by speaking with US President Woodrow Wilson. “It was something that is very difficult, you just have to imagine talking to Biden now so that he stops the war in Ukraine. Well, she got it,” Uribe remarked.

Asked if more people like Rosika Schwimmer are currently needed, he stated that “without a doubt”. “It’s curious, because it’s as if we were waiting for those who have lived through the war to die to mount another,” he commented, adding how “incredible the human being is, who falls back into the same mistakes over and over again” .

On the other hand, he has defended that it be a book “written by a man” talking about a woman. “But a man who wants equality and who wants to listen to women and secondly, a totally pacifist writer, radically against violence,” stressed the author of ‘The previous life of the dolphins’.

Finally, he has described the novel as “a book that catches you and with which you discover things”. “In a novel you have to learn something you don’t know, it has to catch you and it has to have charm, and I think this novel has it,” she concluded.