Hoyka published the second sequel to the story of Tiza Enila: I want children to have fun while learning 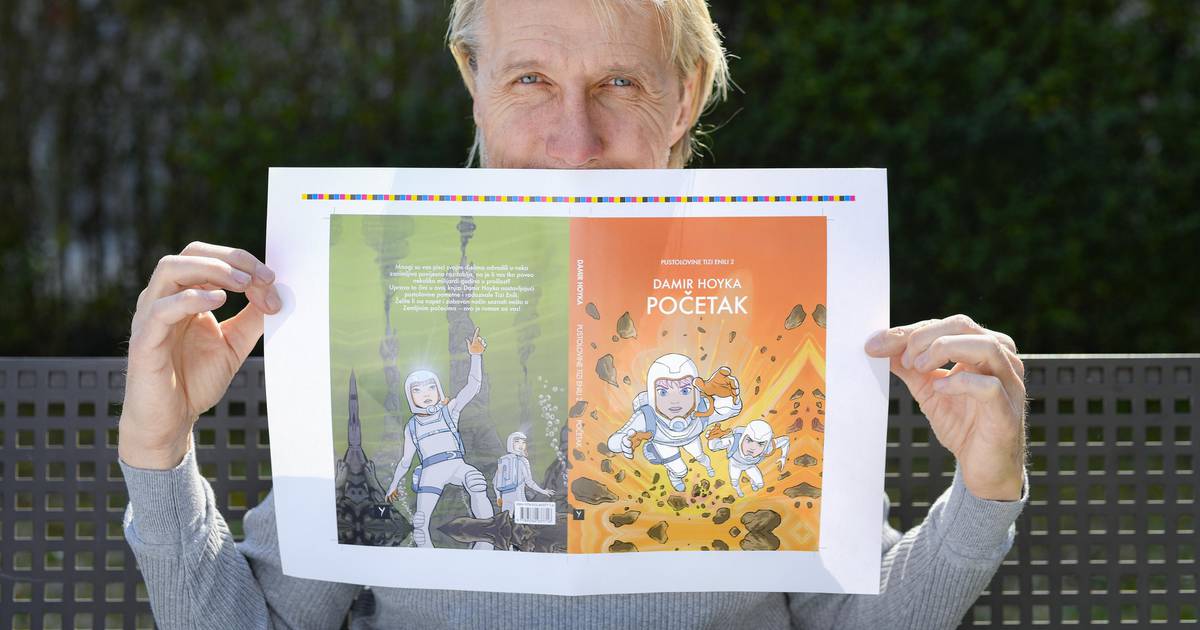 Photographer, writer and creative Damir Hoyka is going to the printing house this week to get copies of his new book. It is a continuation of a children’s adventure story about a little girl Tiza Enili, who through her adventures teaches young readers everything they learn in school, but in a fun and educational way.

‘They should also be given the key to learning’

– I have the impression that we give children a can full of knowledge, but we do not give them the key to open it. And then they try to open that can in various ways, instinctively, pounding, jumping on it, bending it, and only someone needs to give you the key – says Hoyka.

And that key, he points out, is primarily mnemonics, great motivation to learn, and an interesting story as the perfect “package” for adopting what we need to learn. Hoyka, who has already written a SF novel, and numerous content-related photographs, has now built an imaginary world in which a ten-year-old curious girl lives with her parents, scientists on the island of Gea. The school he attends is part of a scientific institute whose “mission is to enable humanity to progress and live a better life,” as stated in the book’s explanation. Both at school and at the institute, modern learning methods, positive thinking, critical questioning are applied, and through the real adventure of Tizi Enili, readers get acquainted with scientific facts about the origin of the Earth, the universe, and ways to learn faster.

If they want to know more, take advantage of it

As a parent, Hoyka also realized that children lack motivation to learn. During the crown, he devoted himself entirely to working with his daughters who had just started school, but also to writing the first sequel to the children’s book.

– I keep telling my daughters that learning is not just for assessment, but to expand your knowledge. As we learn, we often talk much more broadly than what is in the textbook. And regardless of whether the material may be from higher grades, if the child is interested in it, then his motivation is the strongest and it should be used. I tend to think about how to adopt and apply knowledge as quickly as possible. Therefore, a number of things that I put in the book, I have already tried at home, first on myself, then on my children – he says.

‘We forget how difficult it is to gain knowledge’

In doing so, he tried to do everything scientific parts novel confirm with scholars from several faculties and institutions. Because these parts of the novel are real information from which children learn and adults renew their knowledge.

– Science has advanced, we know things we didn’t know before. I imagined the Tiza series to lead the characters through the most important points of our civilization, from its inception to the present day. To remind ourselves of what Homo Sapiens had to go through in order for us to receive today the succuss of knowledge that a number of real people had to fight to reach and pass on to us – experiencing full spectra of emotions from fear to happiness, often risking lives – speaks Hoyka about his inspiration for the book.

In order to lend a hand to teachers and educators in working with students, the photographer and writer visited numerous schools throughout Croatia, from large cities to small communities. He is satisfied with the reactions, some teachers have included the book in the elective reading, and the parents report that the children like the book.

Just as he carefully selected research associates, so he chose with special care Niku Baruna for the cheerful and attractive illustrations of the book she edited Dubravka Težak.

Knowledge and good packaging are important

– The desire was to create a tool that will help teachers in teaching, which will help bring back that link between us adults and children and knowledge. So when we offer them knowledge, that it’s “packed” into something the kids like. And everyone loves a good action plot, everyone loves jokes, there’s a bunch of fun that the audience laughed at at the promotions. The kids have a good time with a tense story in which I weave information that is useful to them in real life – he says.

For those who have read the first part, the sequel is coming – ‘The Adventures of Tizi Enili 2: The Beginning’. The promotion will take place in mid-April at the Zagreb Zoo, where the first book was presented.