Can Will Smith lose his Oscar after his live slap at the ceremony? 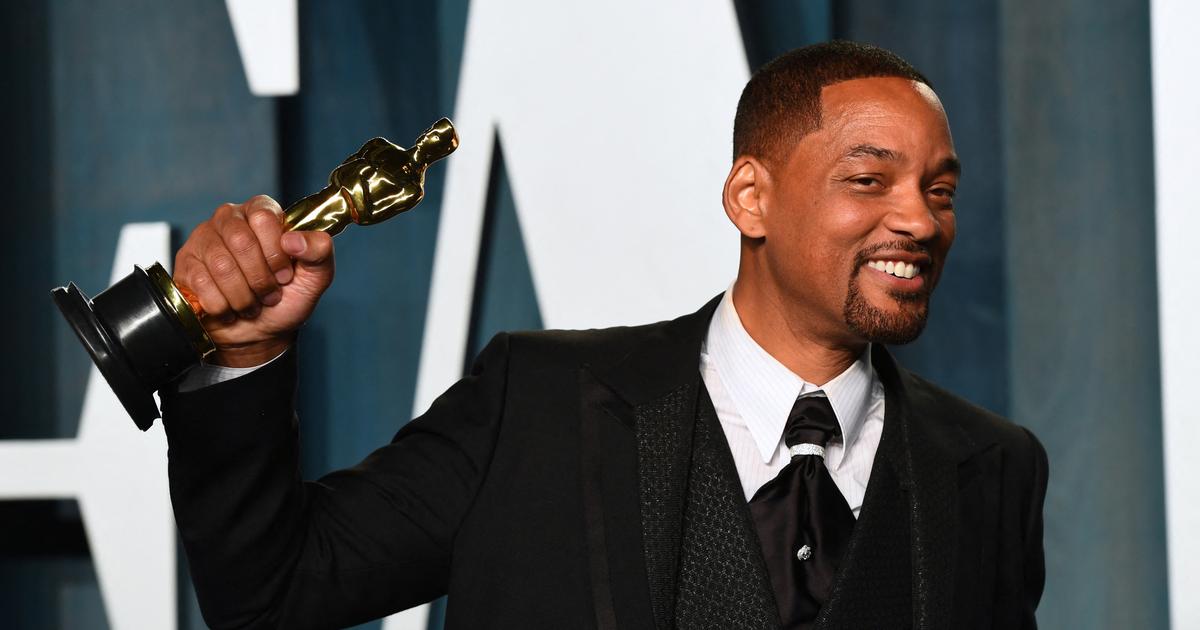 The Academy of Oscars is giving itself “several weeks” to decide on the fate of the actor, whose altercation with comedian Chris Rock amazes the institution and a good part of Hollywood.

The gesture stunned all of Hollywood. After his slap given to Chris Rock in the middle of the ceremony for a joke, Will Smith had tried to minimize his gesture when receiving his trophy and had been greeted with a standing ovation. But the actor was not going to get off so lightly. Pressed by some of its members, the Academy of Oscars has indeed announced Monday to take up the case to decide if there should be a sanction. Since then, the institution has opened an investigation, which should last “Several weeks”, which it specifies in a letter sent to its members. “We are shocked and outraged that these moments were overshadowed by one contestant’s unacceptable and harmful behavior on stage.is mentioned.

After a first attempt at justification, on the very stage of the Dolby Theater, Will Smith presented a brief mea culpa on Instagram. “What I did was inappropriate and I was wrong.”recognizes the 53-year-old actor, before qualifying his behavior as “unacceptable and inexcusable».

An admitted mistake, of course, but far from being forgiven. The attitude of the Oscar winner has amazed more than one. Starting with the members of the Academy, still amazed by this unprecedented scene. “He dishonored our whole community, scolds producer and director Marshall Herskovitz on Twitter. I call on the Academy, of which I am a member, to take disciplinary action against Will Smith.”.

Also a member of the Academy, Whoopi Goldberg reprimands the gap of the actor. “I’m not going to talk about what’s going on internally at the Oscars right now. I accept Will Smith’s apology, but there will be consequences for his action. Big consequences, because nobody agrees with what happened”she explained to the antenna of The Viewthe show she co-hosts.

However, the Academy has never been confronted with such a situation. Two possibilities – among the most plausible – are open to them. The most severe would be to deprive Will Smith of his trophy. But never such a sentence has been applied since the creation of the Academy in 1927, although it could have been considered for a handful of actors. And what to do next? Attribute it to one of the other contestants Javier Bardem, Benedict Cumberbatch, Andrew Garfield or Denzel Washington? Or simply consider that there is no Best Actor this year?

The other possible sanction has already been applied in the past: dismissing a member of the Academy. Carmine Caridi was the first to be penalized in this way. The actor, who appeared in the second and third installments of Godfatherwas expelled in 2004 for sharing confidential copies of films on the Internet.

This sanction also applied to several other eminent personalities of Hollywood on the background of Meetoo business in the world of the seventh art. This is the case of Harvey Weinstein, the producer with 81 statuettes, or Roman Polanski, best director for The pianist in 2003. Neither, however, were stripped of their titles. Actor Bill Cosby, convicted of sexual assault, was also dismissed.

But these sanctions had been taken for misdeeds outside the framework of the Oscars. The problem posed by Will Smith’s gesture is that it directly taints the Academy, its ceremony and the image given to the world of Hollywood. And a symbolic sanction would be all the stronger as on the judicial level, the actor has nothing to fear. Chris Rock, the recipient of the slap, does not intend to file a complaint. He now consoles himself by seeing the sales of his tickets explode. For its Friday performance in Boston, the stand-up Ego Death World Tour of the comedian now displays complete.