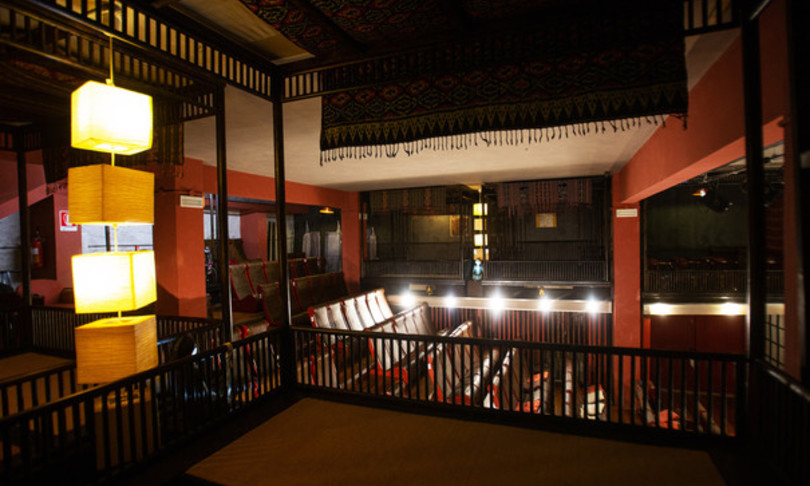 The Teatro del Loto has become a possible dream. Thanks to those who believed and invested in the project of the “most beautiful small theater in the world”, the Molise jewel is today among the top ten classified out of the 365 candidates of the 2021 Art Bonus Project Competition, establishing itself as the most voted project in the Center South, first overall between theaters and with excellent chances of getting on the final podium of the prize.

The competition, now in its sixth edition, aims to promote knowledge of the Art Bonus Law and reward the commitment of those, beneficiaries and patrons, who make it possible to recover and enhance the cultural heritage of our country.

The contest has reached its final phase, with the ten finalists who are competing with likes on Facebook and Instagram until April 1, the date of announcement of the winner.

If Molise squares around one of the most significant cultural realities of its territory, the consensus from all over the country has allowed the Teatro del Loto to compete with artistic and cultural excellence of the great Italian capitals.

The Teatro del Loto – Libero Opificio Teatro Occidentale is an artistic and scenic jewel of the Molise village of Ferrazzano, the birthplace of Robert De Niro. Founded in 2007 by Stefano Sabelli with Teatrimolisani through a gradual transformation of the former Rectory of the village, the Loto internally faces the chiseled white stone of Piazza Spensieri, set between the seventeenth-century Carafa Castle and the eighteenth-century Casa Spensieri which houses the Town Hall.

On the external side, from its 850 meters above sea level, the Lotus dominates the valley of Campobasso and central Molise, with a view of the mountains and territories of four regions of central and southern Italy: Abruzzo, Campania, Lazio and Puglia. To all intents and purposes it is the artistic belvedere of the capital of Molise.

The name Loto, in the double assonance of a flower, symbol of oriental philosophies and the acronym of a new Western cultural enterprise that is contaminated with the many cultures of the world, best expresses the mission of the artistic and human project of the Theater: a Entertainment Center from alive with European value, dedicated to the meeting of different and universal cultures. Directed by Stefano Sabelli with Gianluca Iumiento, since its inauguration the Loto has welcomed over 600 events and over 2500 Italian and international artists, becoming a reference for the Innovation Theater in the South Center of the internal villages. The progressive growth of notoriety and importance of the Lotus has meanwhile rooted and developed the artistic production activity of his Company, with increasingly widespread and recognized productions both nationally and internationally.

Regularly hosted in the best seasons of prose, the shows of the Compagnia del Loto have often made their debut in prestigious Italian and international festivals.

The artistic and architectural project

The total surface of the Loto, articulated on three levels, is about 1000 square meters of refurbished covered area, to which are added another 500 square meters of terraces that open, with breathtaking views, on the Matese mountains and the central Apennines.

Designed to make the most of scenic art and live entertainment, the lotus is an architectural complex with truly original and unique features among the theaters of innovation.

In full Covid emergency, Teatrimolisani has promoted – also through the Art bonus tool – the search for funds aimed at the energy requalification and external architectural restoration of the entire complex, with interventions aimed at its sustainability, in full compliance with the objectives of the Agenda 2030. It has also activated an international competition of ideas, to tell the story of the theater on the perimeter walls of the Lotus with works by street artists, works that today make it a unique theater in the world. The mural that Jorit will dedicate to Robert De Niro is coming soon. The external façade of the small theater was covered with small mosaic tiles that form Mediterranean-inspired designs made by the same artistic director Stefano Sabelli with salvaged ceramics, thus creating a fascinating small Parc Guell del Molise.

The important restoration of the interiors according to the principles of ergonomics and Feng Shui suggestions, had the aim of bringing together western and eastern architectural concepts in a unicum.

Today the Loto has two multipurpose theatrical rooms with excellent acoustics, a Bistrot and other functional spaces. Renovated and furnished in a warm and essential way, its distinctive signs are the ergonomic reclinar armchairs in lacquered solid elm and rattan, typical of the Chinese colonial tradition, which have been adopted by great artists (including Silvio Orlando, Massimo Ranieri, Michele Placido, Luca de Filippo, Alessandro Gassmann, Carlo Cecchi, Jerome Savary, Feruccio Soleri and the Harlequin Company, Vittorio Sgarbi, Alessandro Haber) who actually donated them to the Theater: each chair bears the name of the donor. And again, the boxes housed on the Gallery: made with Japanese tatami seats and equipped with small side tables with electric water heaters, the boxes of the Lotus appear as ancient canopies, in the style of real tea rooms.

The intent of the project is to transform the entire structure that houses the most beautiful small theater in Italy into a work of art, to make it even more a Theater and an Agora able to tell and interpret, through the Art, the World.