“There was already ‘fake news’ in the 16th century” 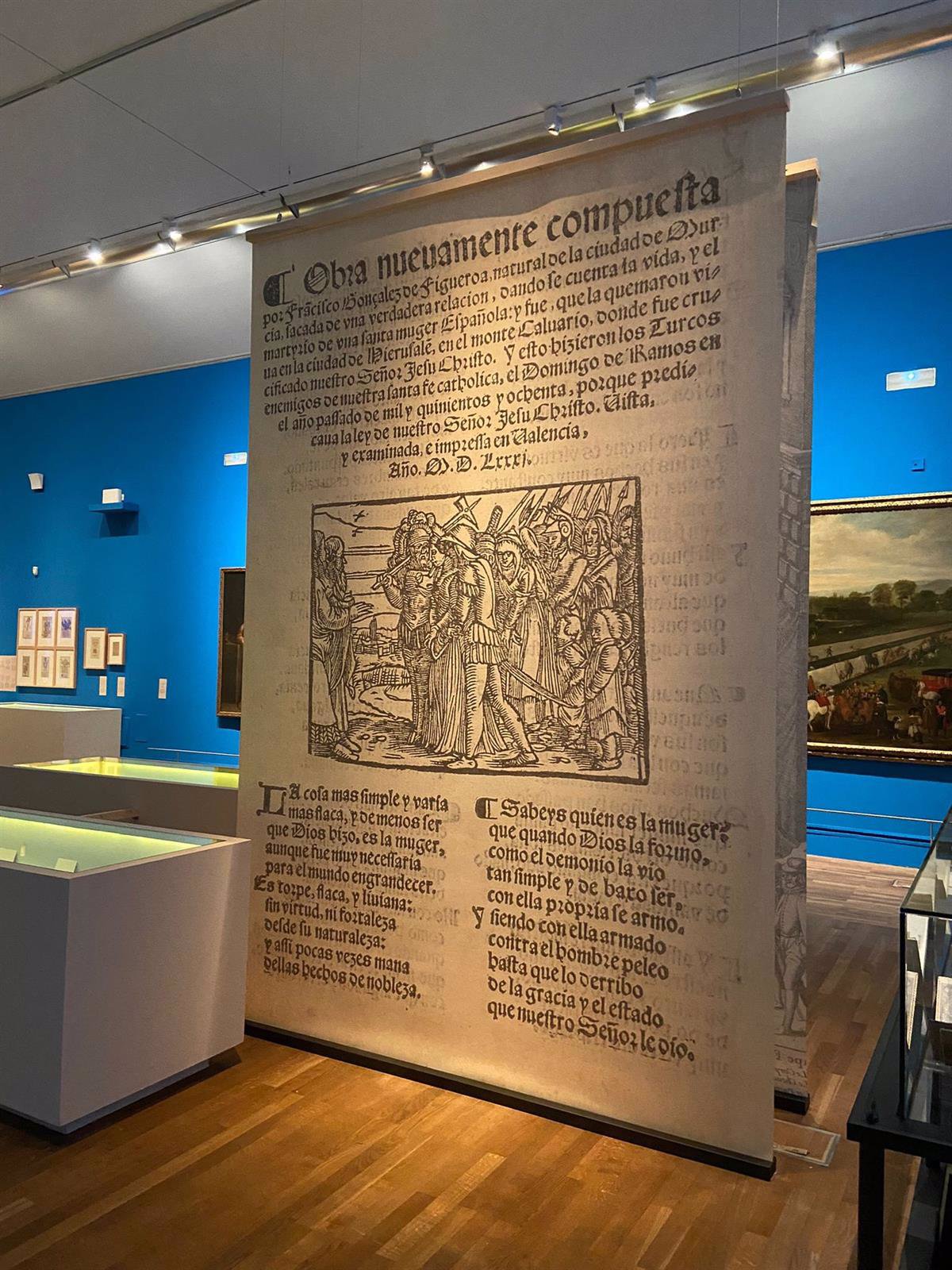 The National Library of Spain (BNE) has presented its new exhibition ‘True news, wonderful wonders. Relations of events in the BNE and the origins of journalism’curated by Adelaida Caro Martín and Nieves Pena Sueiro, which can be visited from this April 1 to June 12, 2022.

The sample is made up of informative texts whose occasional publication proliferated between the 16th and 17th centuries and which constitute a documentary type that, with very few differences, spread throughout Europe and to more distant territories at a time when dissemination was necessary. massive news.

“I wanted to highlight the importance of something that is very fashionable, which is ‘fake news’, there is nothing new, we already had ‘fake news’ in the 16th and 17th centuries”, Pena Sueiro highlighted at the press conference.

In this sense, he explained that you can see publications of victories in Flanders “that were never victories”, but that in Spain they were published as victories and in Antwerp as defeats. In addition, the exhibition includes “incredible cases –which are obviously hoaxes–” like the one about the man who lived 300 yearsthe nun who “making an effort” had “human natures” as well as “very curious” cases, such as the appearance of monsters.

For her part, the director of the BNE, Ana Santos Aramburo, stressed that the exhibition has two objectives. On the one hand, show the collection of reports of events of the National Library since, as she has emphasized, “about 4,000 editions are kept in the BNE”. “It is one of the most valuable, richest, and numerous collections preserved in Spanish libraries“, he assured.

On the other hand, it also seeks to explain the role of the publications that in Siglo de Oro meant the start of the press. “This phenomenon, which is the press, is the desire for communication between human beings,” she pointed out.

For this reason, the route is conceived as “a panoramic view” of information in the Golden Age. In the first place, it shows a context through the printing press, the establishment of post offices or the increase in communications, to then address the forms structured in various thematic sections: politics, religion, festivals, prodigious beings, miracles and forces of nature. . It ends with the editorial evolution through serial or periodic publications at the end of the 17th century in Spain.

As a background to the press, the documents on display give news of a wide variety of events: military and diplomatic events, festivals and celebrations associated with the court environment, religious events (canonizations, beatifications), catastrophes (earthquakes, volcanic eruptions, eclipses), epidemics, frightening cases (crimes, gender violence, etc.), and even fantastic stories, often confused with authentic historical facts.

The information provided by the reading of event reports is very rich, as they document multiple aspects of culture –from editorial practices to popular uses and customs, celebrations, fashions, weather phenomena, etc.– which are essential for the knowledge and study of the history, culture and society of that time and also for the history of mentalities .

Subsequently, the production of reports during the Modern Age was very abundant and for this reason they have been considered to constitute an editorial genre. Although an important part has been lost due to the fragility of its support and the immediacy of its content, an enormous number of copies are preserved in historical libraries around the world.

The visitor can also watch the news of the discovery of Americacopied by Fray Bartolomé de las Casas from the letters of Columbus, contemplate the news of the battle of Lepanto, discover the expectation that aroused the unexpected arrival of the Prince of Wales in Madrid in 1623, read the story of the ensign nun, or find out about all the damage caused by the 1755 earthquake in various parts of the Peninsula.

The exhibition therefore offers a visual journey through the history of communication and news, from small anonymous pieces, printed on loose sheets or on sheets of string, to reports written by illustrious humanists such as Álvar Gómez de Castro or López de Hoyos, poets like Lope de Vega and Quevedo.

Also, for the first time a very significant selection of its collection of Relations of events will be exhibited at the BNEto which Jenaro Alenda y Mira (librarian and interim director of the institution between 1883 and 1884), aware of their great value as illustrative documents of an era, dedicated time and study.