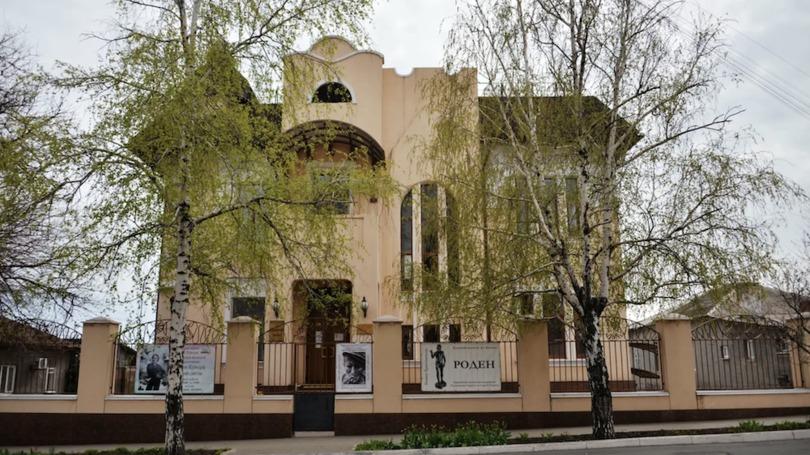 The structure, which was hit hard ten days ago, is not the only artistic institution in the besieged Ukrainian city to be hit badly by the bombardments.

The Arkhip Koundji art museum, housed in a newly renovated Art Nouveau building in Mariupol, first opened its doors in 2010. This area is now completely destroyed. As the siege of the Ukrainian port continues despite a shaky ceasefire, the chairman of the National Union of Artists of Ukraine, Konstantin Chernyavsky, has declared that the institution was destroyed by a Russian bombing on March 21.

Over 2,000 graphic works, sculptures, and art artifacts, including a substantial collection of paintings from the Russian and Ukrainian Belle Epoque in the 19th and 20th centuries, have been displayed in a 300-square-meter space. Paintings by Ivan Avazovski (1817-1900), a master of sea paintings, were on display alongside works by more contemporary painters such as Ukrainian Vasily Korenchuk (born in 1950).

Arkhip Koundji’s Red sunset over the Dnieper (between 1905 and 1908) is on display at the Metropolitan Museum of Art in New York. Immensity Minimalism at the Met

The museum, on the other hand, retains nearly no original paintings by Arkhip Koundji, despite its name (1841-1910). Despite this, an entire level of the building was dedicated to this Mariupol-born painter, a master of enormous landscape scenes and a minimalist cantor of the vastness of the Ukrainian steppes. The artist’s personal effects, documents, and photographs were completed by three real works, a drawing, and two studies. These originals, according to the Ukrainian press, were not in the museum at the time of the bombardment.

Arkhip Koundji was a member of the Russian pictorial movement Les Ambulants, which is as well-known in Russia as it is in Ukraine. This group of artists, which included Ilya Repin, was a contemporary of the French Impressionists and advocated for a fresh and appealing realism in Russia. A landscape of Mount A-Petri in Crimea, painted by Arkhip Koundji in the 1890s, was stolen in broad daylight from a Moscow gallery in 2019, only to resurface there a few days later. Last January, on the 180th anniversary of his birth, Google paid tribute to the painter.

Since the commencement of Russia’s invasion on Ukraine on February 24, various cultural facilities have been damaged, causing chaos and forcing workers to flee. The Russian air force bombed the Mariupol theater on March 16. According to preliminary estimates, roughly 300 people have died. The destruction has continued since then, broken by sporadic and unreliable ceasefires. According to Ukrainian authorities, the G12 art school in Mariupol, which has been besieged by Russian armed troops and their allies since the beginning of March, was bombed on March 20. There were about 400 people who had taken refuge there.