Photographer with an exceptional ability to approach his subjects: HS’s Rio Gandara awarded the Grand Prize for Photojournalism 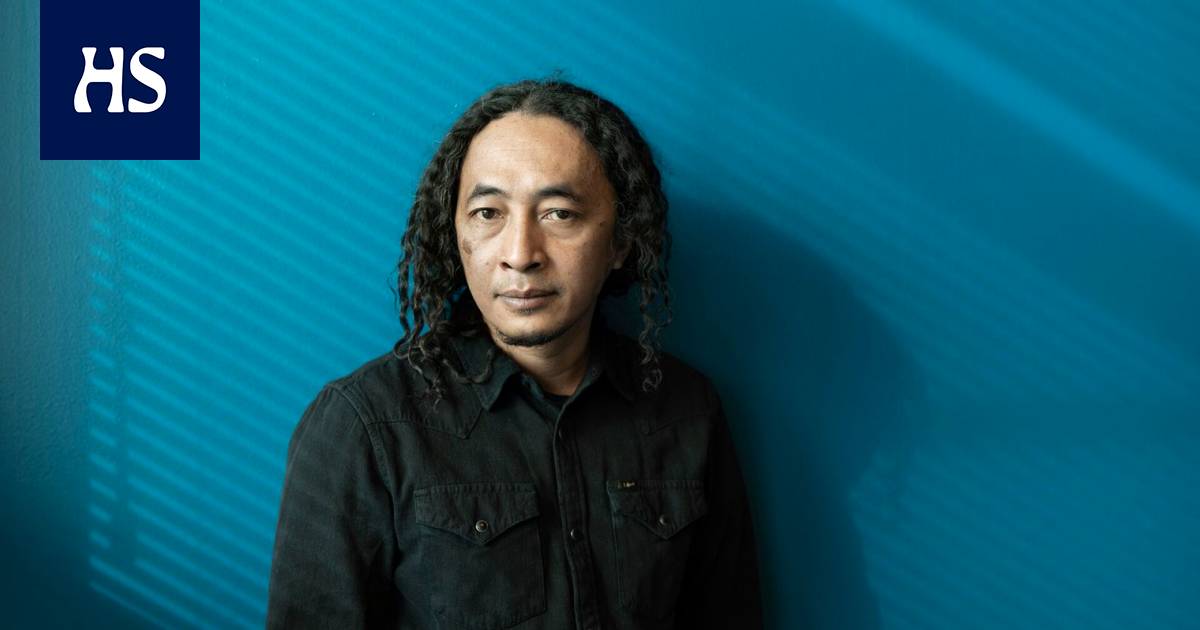 Passion is a word that is repeated by a photojournalist Rio Gandaran in his speech many times as he spoke about his relationship with photography. It seems to have pushed him constantly forward in his career, shaped him as a photographer, and helped create strong and impressive images.

On Thursday, Gandara received the Patricia Seppälä Foundation’s Photojournalist Award for her work. The value of the prize is 12,000 euros.

“The versatility of Rio Gandara is downright confusing. The expression of his photographs is strong. At the same time, the images are clear and unconstrained. Gandara doesn’t giggle, but everything takes care of her own grip, ”the award justification says.

Gandara, who has worked as a photographer for Helsingin Sanomat since 2013, also receives praise for her ability to sense the descriptiveness of everyday things. He is said to create an atmosphere in his images at the right moment and his composition is always in control.

His ability to handle light is also praised: “Gandara knows how to use both natural light and studio light. Even in an empty studio, he is able to create a wide range of different moods. ”

Russia launched an attack on Ukraine on Thursday, February 24, 2022. President of the Republic Sauli Niinistö and Prime Minister Sanna Marin held a press conference at the Presidential Palace on the same day. Picture: Rio Gandara / HS

Before Helsingin Sanomat Gandara did a lot of work on the commercial side. He says it affected a lot of his way of using light. For example, photographing objects in a studio requires skillful use of light.

“Light is considered there very carefully, because the object must not only look good but also right. The texture, surface, shape and colors must be correct. Customers don’t pay if the items look wrong, ”Gandara says.

Gandara elevates the photographer to one of his influences Timo Junttilan a studio where he was once an intern and an apprenticeship.

“It was a really significant experience for me when it comes to my career. It was the first place I learned a lot about technology and also about the profession of a photographer. ”

Rio Gandara photographed Rauha Kyyrö, the founder of Fullsteam, one of Finland’s most significant players in the music industry, in February 2022. Picture: Rio Gandara / HS

Gandara is known for its strong portraits, and the intensity of portraits is also mentioned separately in the award criteria. According to them, Gandara has an exceptional ability to approach the subjects: “People’s personalities come into the pictures, and remain in the pictures.”

Gandara herself says that in personal photography, everything starts with curiosity.

“I want to know who is being photographed and would love to hear them tell themselves. Sure, I get ready and do my homework, but in the shooting situation, I also ask a lot of things while thinking about how to photograph them. It’s like melting ice, ”says Gandara.

Gandara says she is open to ideas. He wants the subject to feel that they are collaborating. Still, he always keeps the reins in his hands because he says good portraits rarely come without it.

Gandara is not afraid to tell the subject directly if she doesn’t have a ready-made shooting idea yet, because that’s not always the case right away. According to Gandara, it is not worth pretending to be so creative and skilled.

“People have such a misconception that they think that when a photographer arrives, he or she should have an instantly ready and flamboyant idea. It usually takes time. And if you get involved, it’s easier for me to be and develop an idea, and neither of them is excited. ”

One Gandaran one of the most recent portraits is a musician J. Karjalainen, which he met earlier this week. The story will be published in Helsingin Sanomat on Friday. J. Karjalainen has a habit of talking to photographers before filming and balling up ideas.

“It suited me very well. The starting idea was to describe him as a street musician somewhere in Helsinki, when the city is important to him and it would suit the story well. I also talked about this with the reporter. The discussions then gave rise to the final idea of ​​how and where to describe them, ”says Gandara.

An article about musician J. Karjalainen and pictures of Rio Gandara will be published in Helsingin Sanomat on Friday. Picture: Rio Gandara / HS

In Indonesia the childhood family of the born Gandara did not have their own camera, so he only got the camera in his hand as an adult. His real passion for photography only arose when he moved to Finland for love in 2003. In Finland, Gandara really began to learn the tricks of photography from books and magazines in the field.

According to Gandara, the best thing about her current job is meeting people.

“This job has taught me as a person, not just as a photographer. Social skills are evolving and that’s one of the things I like. At work, you also learn the courage to meet different people. ”

Anna Puu will release a new album in the studio in August 2018. Picture: Rio Gandara / HS

The judges will watch the performance of Italian Raffaele Buzz in the combined hill race at the 2018 Winter Olympics in Pyeongchang. The photo was awarded as the sports photo of the year in the Photojournalism 2018 competition. Picture: Rio Gandara / HS

Prime Minister Sanna Marin, who has been in office for three months in front of her office in Parliament in March 2020, four days after the government had stated that Finland was in exceptional circumstances due to the coronavirus situation Picture: Rio Gandara / HS

A funnel canopy photographed in the studio in September 2021. Picture: Rio Gandara / HS