Hairstorm: The stars who do not remove hair 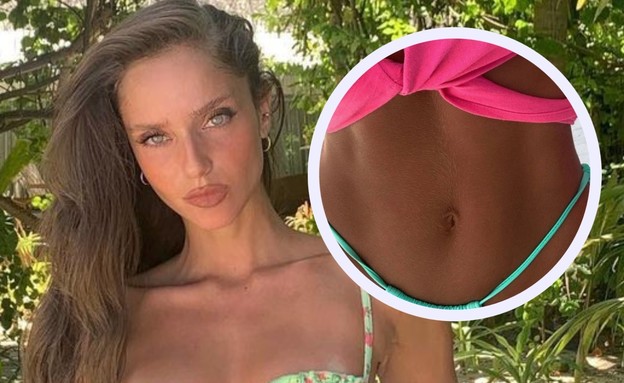 A busy week passed for our forces: fires raged all over the world, thousands of new corona patients were diagnosed, and talk of another closure began over the holidays, but no storm was stronger than Neta Alchemister’s storm of hairs, which managed to drive the network crazy with a picture, well, completely normal.

The beautiful model was photographed with a tiny bikini as she usually does quite a few times a week, but hundreds of thousands of her surfers chose to tease her on a number of stunning blonde hairs that appeared on her belly. “Ugh, you have belly hair,” “Shave your belly,” and “Ya hairy,” a number of surfers wrote to her, and a surfer after the city – “What a Pomeranian fur.” Of course, to take an example from our orchard, we immediately canceled the next queue for wax, went online, and prepared a list of the global and local egg celebs. What did we find out? What we have always known: You are just as perfect as you are, with or without hair.

Cute that Israeli surfers allow themselves to explode on Neta Alchemister, a top.notch local model, but we wonder how those surfers would react if they met Rihanna for a moment (which would not happen in life), and see on her feet a stunning plume of beautiful hair. Would they stop everything to tell her “Wat Are You Doing? You Look Like A Pomeranian”? Not only is the answer no, but apparently at that moment they would have considered for themselves starting to grow hair on their legs. Yes, because Rihanna has too.

A woman does not shave her armpit, literally as every man in the world does, and some people think it is legitimate to ask her such things pic.twitter.com/shenAPpNZc

Although a law banning women from grooming their body hair has not yet been enacted, the hallucinatory attack that baker Daniel Kitsis suffered in the first months of its outbreak reminded us how wonderful it is to live in the State of Israel. The revered baker, who put hundreds of carb.eaters in huge queues all over the country, decided she did not want to have her hair removed in her armpit – and hoped to live her life in peace with hairy armpits. But then came the surfers, the new editions and the curious reporters, and asked the question that should not be asked alive: “All this hair?”

So for those who were not with us in the last lesson in biology we will mention that hairs in a woman’s armpit are no less hygienic than hairs in a man’s armpits, and if as a reader of a male face contorted at these moments, we suggest you, quite politely, go wax. Really, only once. It’s much more hygienic.

Next to the model who loves herself the most, and most makes us want to love ourselves at least as much as she does – Ashley Graham. Ashley’s Instagram page is full of photos screaming self.love, for its best. The beautiful Ashley is now in the middle of her second pregnancy, but on her last birthday, which took place in November, Ashley uploaded a picture in which she is peeling Herself to the maximum – with quite a few stunning hairs in her armpits. They do not know how to explain it, but in the United States, fans choose to * pardon * their followers, and Ashley wrote, “Dead on my armpit hair!”, “We are all human beings. People should be able to expect us to live by standards.” Soon with us, with the help of the name.

Actress Yuval Levy broke into our lives as the Czech director’s assistant in “Rehearsals” (here 11), and last February, a moment after the big break, she came out with an exposed post in which she discovered that she had stopped removing hair. “I haven’t shaved my armpit in four years, and besides it’s a little smelly in the summer, it’s absolutely nothing and nothing,” she wrote. “I also neither lower nor lower my legs. I never really liked to lower. I would lower my hair once every few months before some important event, until I realized it was just unnecessary. In acting school I once did an exercise where I did a leg wax in front of the whole class. At one point. The teacher stopped me and asked, “Yuval, does this lead to anything?” Yes! To despair! That was the goal, and it was fully achieved. How much U, Jubilee.

Israelis really like 62.year.old Madonna (Esther), so it is likely that she would have slipped on the stunning armpit hair she is grooming. For whom is it a little harder to skate? To her 24.year.old daughter, Lourdes. As part of being one of the coolest girls around, with the right style, most beautiful friends and most worthwhile hobbies, the stunning Lourdes has been grooming her armpit hair for years, and populated, it does not seem to bother her to live life on the best side. In case you were worried.

Another star that Israelis love to love is 23.year.old Bella Thorne, who recently made a comeback when she went from being a Disney star to a “Onlifans” star in supreme grace. Among quite a few bikini photos of the beautiful and talented star, a video sneaked in that showcases the most natural thing in the human body, armpit hairs, which Bella doesn’t really take off and it doesn’t really bother her. Bothering you? We will offer you to do something wrong again, like this in honor of Friday.

Michael Jackson’s beautiful daughter, Paris, is already 23 years old, and she boasts the titles of model, actress, singer, and full.figured woman with body hair. Paris has often shared the beautiful feathers she grows, in her armpits, legs, and other areas, and we just * fly * over it. Neta Alhamister, behind you.

And how can one end the most beautiful list in Mako without giving a place of honor to Julia Roberts, who showed off her armpit hair back in 1999 (!). Long before it was cool, Roberts came to the premiere of the movie Notting Hill with an amazing red evening gown and quite a few underarm hairs. The picture of course caused quite a stir in Hollywood, with many praising Roberts for the fashionable choice, but Roberts for her part said she had no plans to declare anything at all and it was a calculation mistake. “I didn’t calculate the sleeve length correctly and it just happened. It wasn’t really a statement, I just stated that I was a person living on the planet.” Unequivocal.