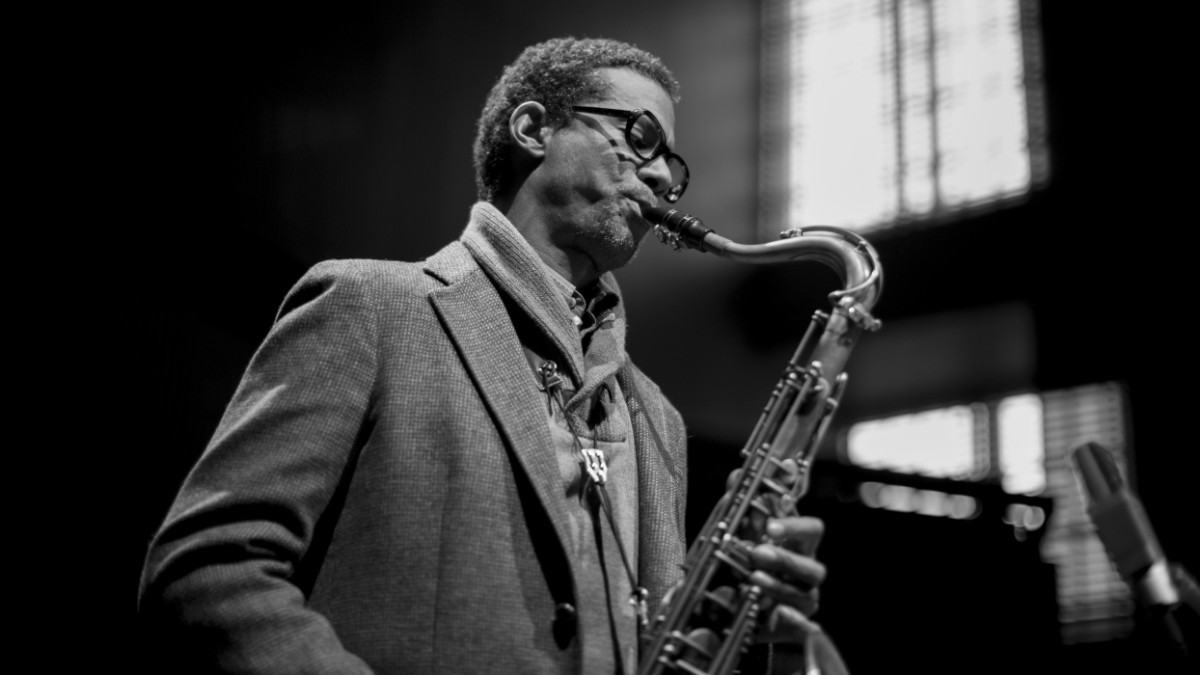 Elon Musk was not the first to consider that humanity would prefer to move to another planet given the conditions on earth. That was the pianist and total artist Sun Ra. In the early seventies he even founded an “Outer Space Employment Agency” because unemployment and misery were good reasons why he and his followers wanted to leave this planet. The extraterrestrial employment office only existed in his film “Space is the Place”, which was recently restored and re-released by Rapid Eye Movies. But the Afrofuturism that Sun Ra preached at the time was above all a utopia, appropriate to the Age of Aquarius.

In his incredibly comprehensive body of work, Sun Ra rarely let it be known that he also had the apocalypse in mind. One of those moments just got replayed. It’s After the End of the World (MPS) was one of seven albums the hyper-prolific Afronaut churned out in 1970. Two concert recordings were on it. One from the Jazz Festival in Berlin, one from the Donaueschinger Musiktage. And the fact that he was able to compete with the avant-garde of contemporary music, even if the atonality with his circus productions was much more fun, can be heard very well on the album.

Whole books can be written about why jazz musicians are so politically aware. Which also has to do with the fact that the beginnings of modern jazz coincided with the beginnings of the beatniks, who were also able to think about politics and culture together. This often works particularly well when poetry and jazz come together. Probably the best tuba player of all time Theon Cross brought the poet Remi Graves into the studio for his second album “Intra-I” (New Soil), who sets the tone for the rest of the album right from the intro. “The world is in a spin, world off it’s axis, it spins and spins with us in it.” The world is spinning, it has jumped off track, it spins and spins with us in the middle. Graves escalates to the point of appealing to everyone’s fighting spirit. Cross’ other gig is the bass instrument role in Shabaka Hutching’s Sons of Kemet, which produces a similar political-spiritual fury. And because the reflection on the African and Caribbean origins in his generation is also always on the present, it works musically as a fusion of jazz, club and dub with a coherence that only a few can manage with such power.

The “Black Atlantic” idea is found even more directly on the sampler “Black Lives: From Generation to Generation” (Jammin Colors). Label boss Stefany Calembert and her husband, bassist Reggie Washington, have brought together over sixty musicians from three continents, all of whom deal with identity and racism. The generations thing is very literal. This ranges from Immanuel Wilkins, Markus Strickland and Christie Dashiell to veterans like Oliver Lake and Jean-Paul Bourrelly. Stylistically, this ranges from African roots music to neo-soul. Nevertheless, it stays with itself, because the common idea carries even without the common aesthetics.

Otherwise, the real strength of modern jazz was to abstract the observation of the present, including protest and subversion. For example, Mark Turner has named his masterful new album, Return from the Stars (ECM), after Stanislaw Lem’s sci-fi novel. It tells the story of an astronaut who missed 127 years on his return to Earth because of the effect of time dilation. Now he finds a utopian society without aggression, violence and wars, in which he cannot find his way at first. There is hardly a more contemporary title for this present moment, even if reality reverses the motif exactly. After all, the humanists are those who are just returning to a planet ruled by aggression.

The power of abstraction lies in precisely such analogies, because they no longer function as text for a long time. The meticulousness and virtuosity with which Turner explores his eight compositions together with trumpeter Jason Palmer in a piano-less quartet once again confirms him as one of the most important voices in the crowded field of tenor saxophonists. Every note is there, regardless of the speed and dynamics. Each piece is a self-contained brainstorming. What on the album with the first three tracks still traces the utopia in calm and clarity, changes with its soaring “I’m Not Alright With That” and the blazing tracks “Waste Land” and “Unacceptable” to exactly that abstract criticism of the present for which jazz has repeatedly found new forms of expression. And because he is such an exceptional musician, because he has recorded an album that completely grabs you and pulls you along, when he returns from the stars, the spark of utopia remains despite everything, leading into the future like a north star.

And then there is the reality that has broken into the present with such unbearable concreteness with the war in Ukraine. The German Jazz Union, Jazzthing, Tangible Music and jazzed.com are therefore organizing a solidarity concert on Thursday, April 7th from 6 p.m. to midnight in the large hall of the Berlin University of the Arts, which can also be streamed on RBB and Youtube. John Coltrane’s title “Peace on Earth” is the motto and the guest list is long. Lisa Bassenge is there, Thomas Quasthoff, Aki Takase, Julia Hülsmann and many more. One hundred percent of the proceeds go to Doctors Without Borders in Ukraine.