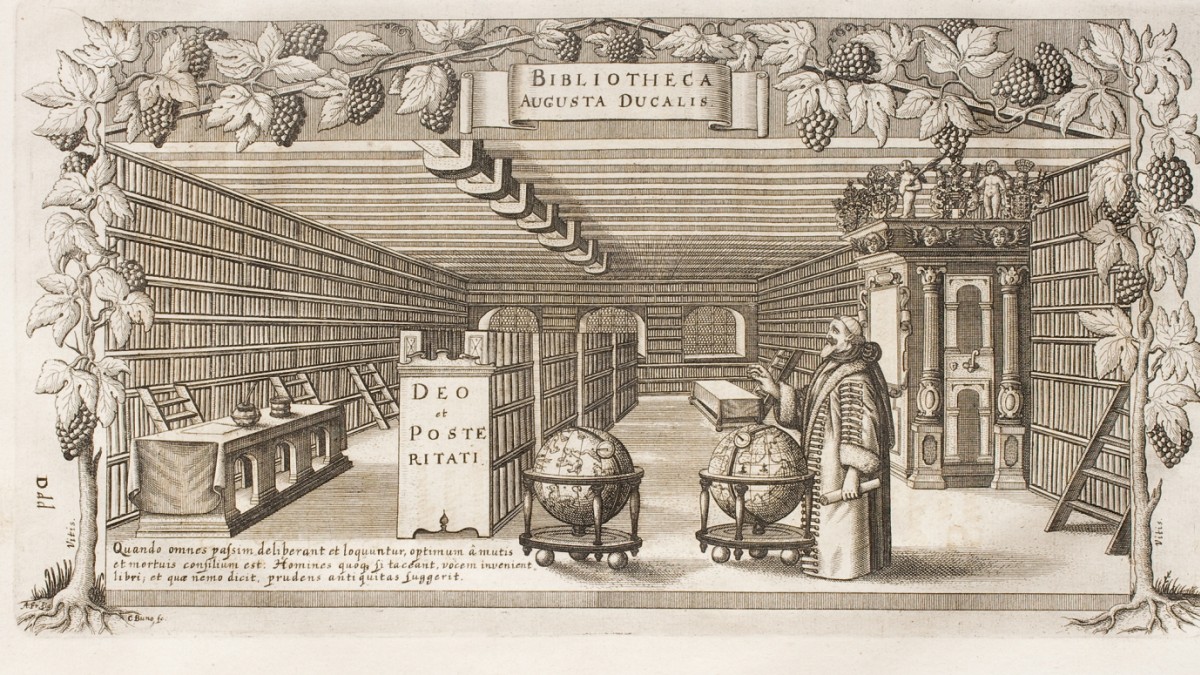 In September 1666 – the year in which London burned down and had to be rebuilt – an old, learned prince died in the German province of small states. Duke August of Brunswick-Wolfenbüttel from the House of Welf left “over 30,000 volumes with 135,000 writings and over 2,500 manuscripts and thus a book house that in terms of size and importance is definitely comparable to the Vatican Library in Rome and the Imperial Library in Vienna could record”.

This is written, not without pride, by the current director of the library, which is still the same today – and again not, with more than 400,000 old prints, around one million media units, determined digitization and an international research center, above all on the history of the Early modern age.

Wolfenbüttel is in seemingly lackluster Lower Saxony, a ten-minute train ride from Braunschweig Central Station. This Tuesday, the 450th birthday of the famous library is being celebrated there, Federal President Frank-Walter Steinmeier is coming, and the cultural scientist Ulrich Raulff, archive thinker and former Marbach director, will give the ceremonial address. At the same time, a special exhibition will be opened to mark the anniversary, it is called “We make books” and will run until July 3rd.

It’s 450 years old because that Duke August, after whom the house is named (also in sublime Latin: “Bibliotheca Augusta”), also had a book lover among his predecessors. His name was Duke Julius, and on April 5, 1572, this prince issued a “Liberey Ordinance”, which is regarded as the founding document and at the same time contains all sorts of measures intended to prevent the theft of books – in the times when the bearers of tradition and knowledge were scarce and were valuable, theft of books was a much bigger problem than today with limitless copyability.

In the 17th century, Duke August benefited from the Thirty Years’ War, and poverty made it cheaper to buy many books. He collected maniacally, but also wrote books about chess and secret writing. “Library,” writes today’s librarian Peter Burschel, “not only in Wolfenbüttel meant one thing above all: rule. Rule over knowledge and rule with knowledge, not least in the context of courtly symbolic communication.”

After the book duke, however, scholars came to Wolfenbüttel as librarians who had less power and representation in mind than a universal culture of knowledge and liberal enlightenment: Gottfried Wilhelm Leibniz and Gotthold Ephraim Lessing. Both worked in Wolfenbüttel until the end of their lives, Leibniz from 1691 to 1716, Lessing from 1770 to 1781. Under Leibniz, new principles of order emerged – for the first time by author’s name – and a rotunda expressing this order. It was demolished in the 19th century due to dilapidation and replaced by a Wilhelminian new building. Lessing, on the other hand, wrote his dramas “Emilia Galotti” and “Nathan the Wise” in Wolfenbüttel and tried to breathe the spirit of usefulness and progress into the magazines.

Doesn’t this whole great book story dissolve in digitization anyway? The revaluation of historical libraries, also as places of research, argues against this. In terms of cultural history, their aura precedes the Internet, but is reinforced by it. In the 1960s, old books were taken out of storage in Wolfenbüttel and placed on the front side of the Great Hall. In libraries, it is no longer just about the individual material item – no matter how great the attraction of the Gospels of Henry the Lion, which is now being shown again for the anniversary, or the Luther originals. It’s about being in a context that’s larger than oneself, yet so tangible that it seems to save one from the crisis of representation that has also gripped the world of knowledge.