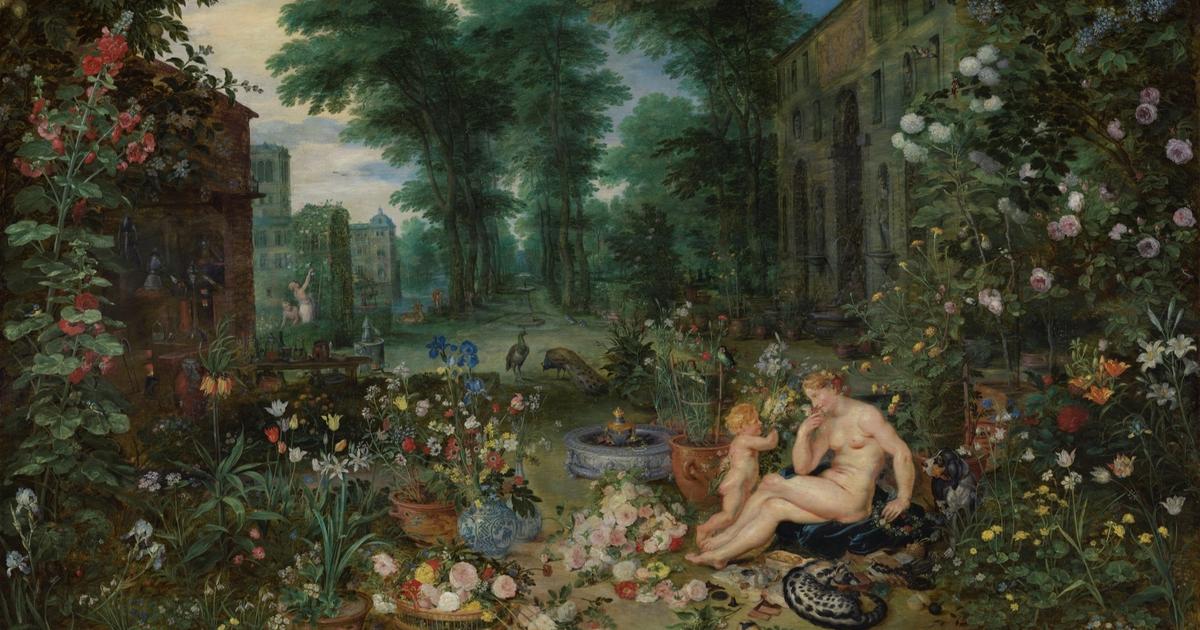 Rose, jasmine, amber, and civet are just a few of the scents available. Visitors are accompanied by ten scents as they discover the painting by Jan Brueghel the Elder and Peter Paul Rubens at the beginning of the 17th century.

It’s one thing to be enthralled by the force and natural beauty of paint. It’s much better, according to the Prado Museum, to be assisted by extra artifices. The Madrid institution is hosting a “olfactory exposure” till July centered on a four-handed Flemish masterpiece: the Allegory of Smell, signed by Jan Brueghel the Elder (1568-1625), also known as Brueghel de Velours, and Peter Paul Rubens. The painting is accompanied with ten perfumes linked to the intricacies of the canvas as an ode to the odors of nature and floral aromas.

“We worked on the intensity of the odors to make sure that none of them overwhelmed the others,” Gregorio Sola stated during the exhibition’s introduction. The nose collaborated with the Prado museum to develop the perfumes for the exhibition The Essence of a Painting. He is a perfumer inside the Catalan business Puig. His fragrant flowers bring the audience’s nostrils to the scene’s tiniest and most unforeseen features. Sublimate the canvas’s colours into magnificent vapors.

The Allegory of Smell in detail. Bridgeman Photographs

It’s possible that the device is a swagger. The Edenic panorama, populated by potted flowers, leafy trees, and outpourings of bouquets, was designed by Jan Brueghel the Elder, according to the museum’s curators, and it would ensure a new experience of this rich picture. Rubens painted a naked woman in the center as an emblem of smell. A few deer, peacocks, and arboreal insects can be seen among the vegetation. Or a thousand exhalations in an earthly heaven.

In the shade of the fig trees, smell the fruits.

The majority of Gregorio Sola’s ten smells produced to complement and enrich the experience of the work focus on the painting’s floral presences. The perfume Allegory therefore transposes the scents of the character’s small bouquet of roses, jasmine, and carnations to his nose. Figuier, for its part, strives to enjoy the scent that lingers in the languid air beneath the shadow of the tree.

The piece goes beyond the glitz and glam of a lush revelry. Gloves envelops the public in a tanned impression of Spanish leather, darkened by an amber tone, as was the custom in Europe at the start of the 17th century. Civette, on the other hand, conjures the animal that accompanies the allegorical. In contemporary times, the beast’s pungent and wild musk was used to make perfumes and medicine combinations.

The scene created by the two Flemish artists also conceals a little laboratory where flasks of elixirs, stills, and mystery essences rub shoulders behind the plants, some of which are the delight of dragonflies, ladybugs, and other guinea pigs. The logo is a nod to the perfumers of the era, a nod to which today’s perfumers are not indifferent.

L’Allegory of Smell is one of five oils on canvas in a series dedicated to the human senses by Jan Brueghel the Elder and Peter Paul Rubens. This set, which smells like Flemish Baroque, is housed in the Prado Museum.