“I will respond by singing and defending freedom of expression” 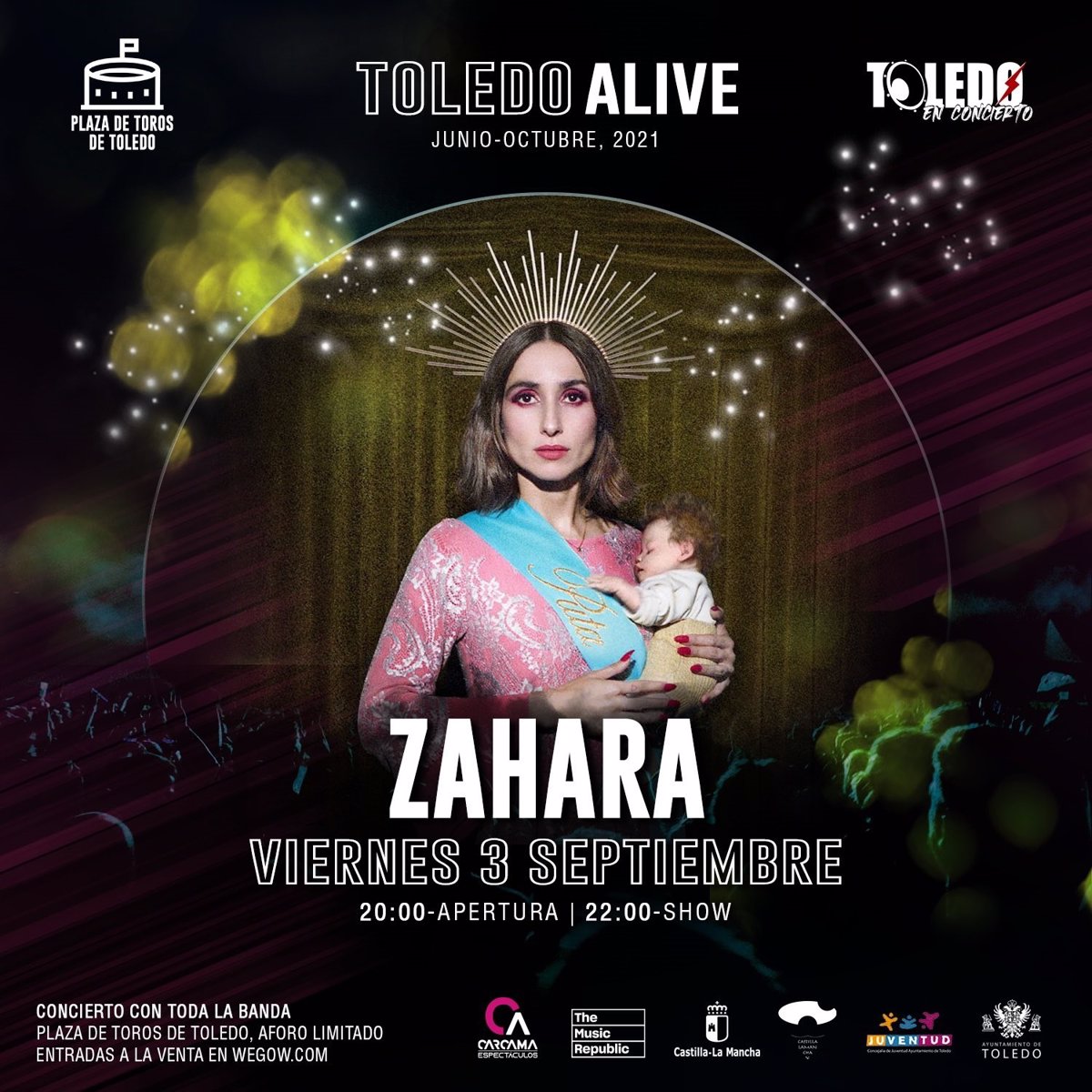 The singer Zahara has responded to the withdrawal of the poster of her concert in Toledo after the accusations of Vox for “extreme offense” to the Virgin. “The only answer that I am going to give to everything that has happened will be on a stage singing, defending art, music and freedom of expression,” said the singer on Wednesday night at a concert in Valencia.

In the poster promoting the concert scheduled for September 3 in Toledo, the Andalusian singer appears dressed as the Virgin with a child in her arms and with a blue sash in which you can read ‘Puta’, the title of her latest album that also gives name to his tour.

The poster was eliminated both by the promoter of his concert in Toledo, and by the city council itself, which, after removing it from its own website, conveyed to the organizing company the discomfort it had caused among citizens.

During his performance in Valencia, Zahara was moved by thanking the supporters received by the audience and colleagues. “After the day I’ve been here, I just want to say thank you, because I wish I could have told the 12.year.old María Zahara, when they insulted her, they called her a whore and nobody wanted to be her friend, that in the future, when she was 37 years old, her colleagues, all the people she admires, all her public come out to defend her, “said the artist before the public.

Zahara has described as “brutal the response of love that I have received”. “It is what I take today,” he added.

Among the supports that the singer has received are Amaral (“All our love and support for Zahara. In the end, freedom and beauty will prevail), Rozalén (” Deep love for our beloved
@zaharapop. I love you and I admire you, partner — “), Elvira Sastre (” Today is a wonderful day to listen to Zahara. And if you can live, better “) or Ana Milan (” More culture and less offense “), who have released backup messages on Twitter.

Political groups like Podemos have also manifested themselves on this social network. “From Podemos Toledo we express our support to
@zaharapop, we ask that their art and freedom of expression be respected and we condemn the submission of the PSOE and @milagrostolon to the VOX dictatorship, “Podemos Toledo says on Twitter.

Later, the mayor of Toledo, Milagros Tolón, has also expressed Twitter her “total support” for Zahara’s concert. “Our government defends tolerance, respect and freedom of expression as a sign of identity and essence of a free and hospitable city like this one. We neither give in nor will we do so to those who restrict freedoms,” he says.