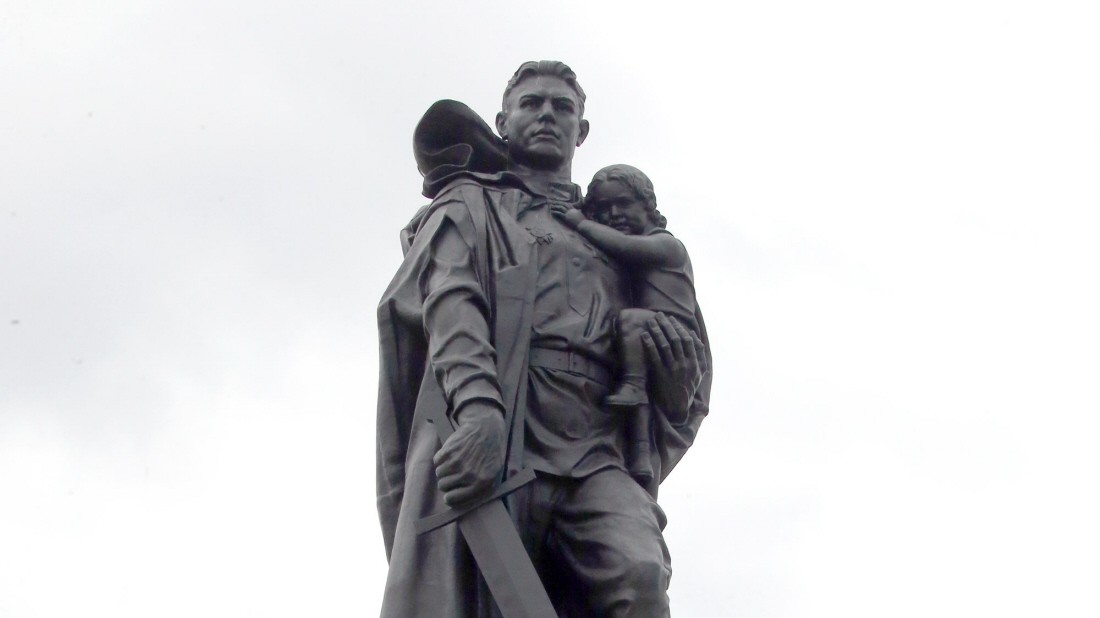 “Why?” was painted in red letters on Thursday night on the base of the bronze soldier figure that dominates the Soviet War Memorial in Treptower Park in Berlin. Other parts of the complex were also defaced with paint, such as a staircase, which now seemed to be dripping with blood. A number of reliefs on the white stone sarcophagi that line the complex have suffered. Of course, all of this is about the current war: “Putin = Stalin” could be read, Russians were described as murderers. Most of the graffiti had already been removed by Friday morning.

The memorial in Treptow is not just any place. It is the largest Soviet World War II memorial outside the borders of the former Soviet Union. It was not for nothing that it was built in Berlin in 1949, not far from the sector border on which the Wall later stood: at the most advanced post of Stalin’s empire. It is a victory monument and a place of mourning in one. About 5,000 Soviet soldiers (information varies) who died in the final battle for Berlin in 1945 are lying on its premises. All peoples of the Soviet Union are represented, not just Russians, but also Belarusians, Ukrainians and Kazakhs.

The visual axis spans between a seated female figure – the grieving “Mother Homeland” – and the bronze soldier, who is carrying a rescued child in his arms and is crushing a swastika. In the middle, reddish granite barriers symbolize lowered red flags, in front of which soldiers are kneeling on both sides. The complex is decorated with poplars and weeping willows from Russia. Half monument, half work of garden art, she realizes an aesthetic of the sublime.

It tells a story: that of the “Great Patriotic War” against Hitler, which to this day is the one undeniably positive point of reference in historical memory, especially in Russia in the 20th century. The Second World War lasted here from 1941 to 1945 – the time before that, when Stalin made a pact with Hitler, must be missing. Since the memorial no longer serves political purposes as it did in the GDR, it has become the destination of many grieving families from the post-Soviet countries every year on May 8th and 9th. They come with pictures of their fallen ancestors, pin them to the fence and have picnics in memory of the ancestors. Since 2015, right-wing extremist Russian rocker groups have also been arriving and waving flags with double-headed eagles. Patriotic music groups lay a cloud of sound over the crowded area.

With the Russian conquest of Crimea in 2014, the commemoration was divided: the Ukrainians mourn separately with their own flags. The destruction of the overarching Soviet memory through Putin’s aggressive policy could be observed early on. By justifying the current war as “denazification” – and thus as a continuation of the Great Patriotic War – this time against Ukraine, the Russian leadership has formally expelled the Ukrainians from this common culture of remembrance. The irreverent graffiti are not only a protest against Putin’s war, they also show a historical-political answer. Meanwhile, hatred reacts between the peoples whose former soldiers rest together in Treptow.