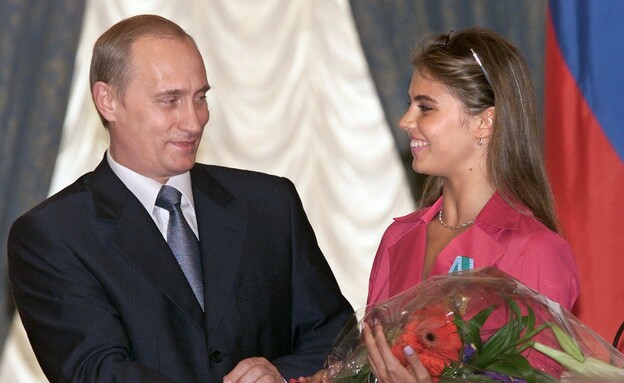 The war between Russia and Ukraine is only getting worse, and after this week the world was horrified by the images of the horror of the Russian massacre in Bocha, the country is now preparing for a series of harsh sanctions from the West. Apparently, in order to prepare for the restrictions that will be imposed on Russian owners and capitalists, the media group in which Putin’s mistress works is prepared in advance – and removed from the site.

We first told you about Alina Kabayeva about a month ago, when Page Six reported that she fled the country with their four children together. These days, according to insiders, Kabayeva is still staying in a hiding apartment in Switzerland, but has now mysteriously and dramatically disappeared from the website of the Russian national media group – where she works as chairman of the board.

Abramovich sold his shares recently. Guess who was the buyer? Putin’s best buddy Kovalchuk and the National Media Group, whose Chairwoman just so happens to be Putin’s gymnast mistress Alina Kabaeva. pic.twitter.com/FXFQQKnrn3

Kabayeva’s name and photo were proudly displayed on the site until they miraculously disappeared during the last hours. The world estimates that this is an attempt to save the media group Western sanctions, following the claims of the imprisoned opposition leader, Alexei Navalny, who demanded that the West take action against the Kremlin’s “propaganda media”.

It is not clear if Kabayeva was fired from the group or if her name was just removed from the site, but according to reports abroad, her annual income from the job was about ten million dollars a year.

⚡ Looks like we’ve managed to get Alina Kabaeva fired in just one day. Her profile was deleted from the NMG website. Yesterday, when I posted the thread in Russian, Kabaeva’s profile was there. Now it’s gone.
Hahah, they actually believe this will help them avoid the sanctions https://t.co/ZJedBVy4gC pic.twitter.com/EX8Ns62qAZ