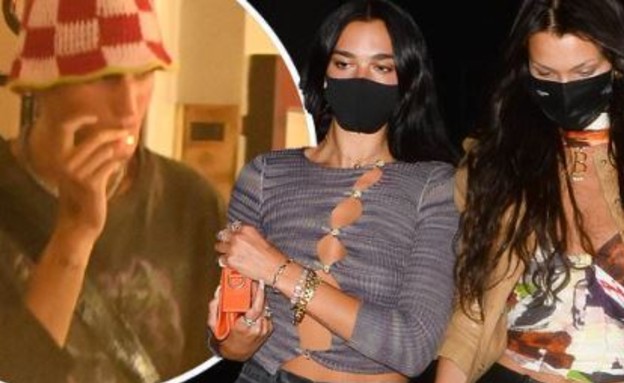 The Hadid family arouses quite a bit of emotion among our Israeli readers, especially after Operation The Guardian of the Walls, so they have often criticized the IDF’s policy sharply. Since then we have been following the work of the beautiful family members, And spent time with her brother caught on hot.

Bella went out to a pampering French restaurant in town with her brother, Anwar, and his partner, Doa Lipa. The photogenic gang spent a fun evening at the restaurant, until Bella’s brother took to the streets with a friend, and the two shared what they called the British Daily Mail – “suspicious cigarette”. After quite a few pictures of the two sharing it … A suspicious cigarette, Anwar and his friend went back into the restaurant – and the whole group left it together late at night.

The last time we told you about the exploits of the young Anwar was a moment after Operation The Guardian of the Walls, when an Israeli woman revealed conversations she had with the supermodel’s brother, in which he demonstrated rather poor knowledge of what was happening in the State of Israel. “‘What I do hate is Zionism,’ he told me. I will not go into that it is anti-Semitism, but I asked him to do research and find out what the true meaning of Zionism is. “I know everything about it,” the network star said. “Later he said to me: ‘Haim Weizmann is the one in charge at the moment, right? I know everything about it and I don’t need to read anything.'” Haim Weizmann, as is well known, was the first president of the State of Israel to pass away in 1952. Longing.