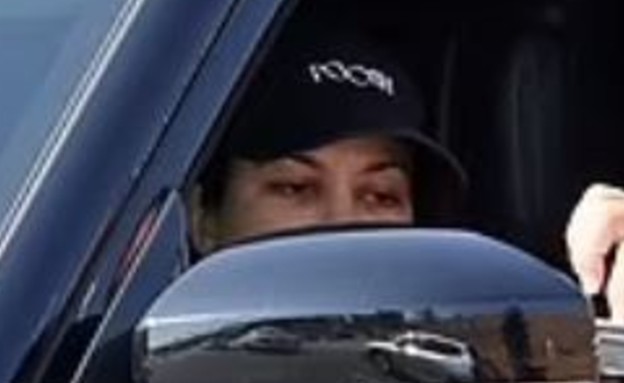 It may be hard to believe, but the Kardashian girls are also real women, flesh and blood, who sometimes find themselves in situations that are not best photographed for Instagram. When Courtney returned from her dream vacation with her partner directly for a crowded conversation with a police officer – the paparazzi photographers were there to document.

Courtney was driving her giant Range Rover around Claves, when a police officer demanded she stop her vehicle on the side and show licenses. The star was photographed in the train without a drop of makeup on her face, with a black hat of her brand, POOSH, and a lot of fatigue in her eyes.

Courtney had a brief conversation with the officer, who received her certificate and a huge smile spread across his face. The star would have looked very unhappy with the situation, and apparently all she thought about was the desire to return home to her partner, Travis Barker. In case you were wondering, Courtney was stopped for speeding, and instead of putting on a pampering celeb she was given a juicy report, which probably won’t move her an inch. Drive carefully, Kurt!