This is how Gal Gadot was photographed behind the scenes 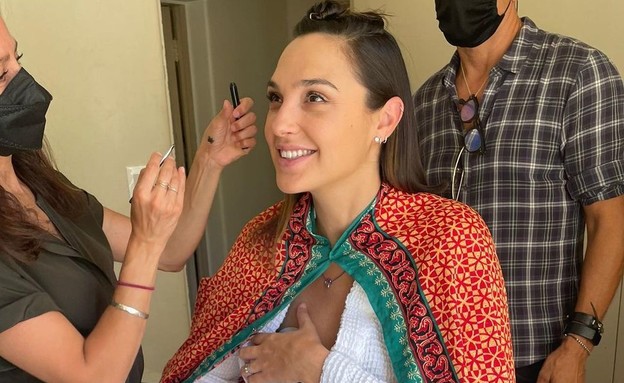 A week full of tidal waves passes over our forces, we really, really do not complain. The beautiful star returned to Israel for her first visit after the birth of her third daughter, and since then we have told you about our Wonder Woman more than once. Now the star reminds us all that she is first and foremost a mother, in a perfect series of photos that she uploaded to her Instagram page.

Our Gal has posted two behind-the-scenes photos of herself on one of the glittering sets she was on recently, and while sitting in a chair with a white robe surrounded by dozens of crew members – Gal draws milk from her chest. “Just me, behind the scenes as a mom,” she wrote, garnering close to 2 million likes and thousands of cheering comments in less than half a day.

Yesterday (Tuesday) we told you about the new storm on the net starring Gadot, which was filmed at Rotem Sela’s birthday party with a cigarette in her hand. The flood of reactions that began to flow to us that Gal is supposed to be an example made us want to tell you about the surprising fact, even though of course we do not judge our Wonder Woman, who is one of the 20 percent smokers in the Israeli population. For health.