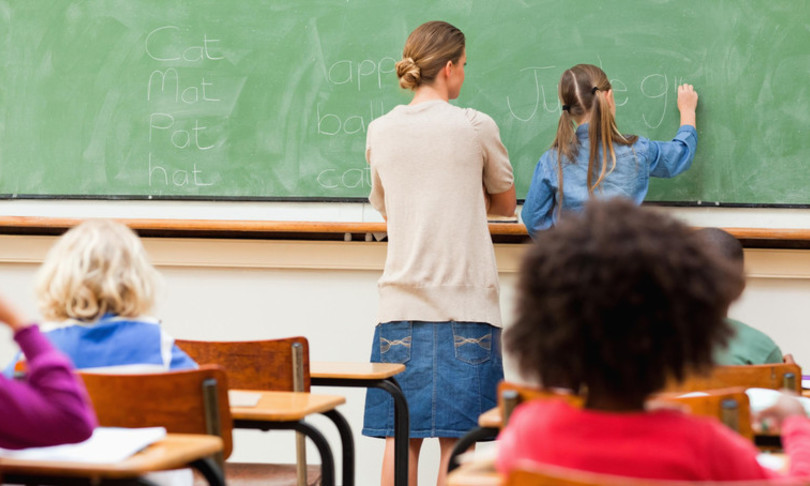 “Trust, understanding and passion”. According to the Messina writer Simona Moraci, journalist and author of the novel “Two hundred days of storm”, (Marlin editions), these are the three pillars that support the work of a good teacher. Especially when he works in difficult contexts where teaching becomes a bet to be won with patience and firmness mixed with a pinch of sweetness, which never hurts. “Two hundred days of storm“, a partly autobiographical story, deals with the delicate problem of teaching in schools that have sprung up in border areas, or rather in neighborhoods where the underworld and the underworld reign and where it is the children who pay the price even unwittingly.

The protagonist of the novel is Sonia, and the two hundred days of “storm” in which the reader is involved are those of the school year during which the teacher is catapulted into a difficult school. The welcome is a “rain of bottles”, just to give an idea of ​​what awaits her and the challenge that she has before her.

But Sonia, thanks to patience and passion, while dealing with her personal problems that resurface like demons from the past, she understands the difficulties of those young people who face her and he understands that behind the knowing air, the arrogance and that slightly arrogant air, there is a lot of fragility and insecurity. “Sonia – Simona Moraci explains to AGI – understands that they are actually children waiting for the transition to children, since we are talking about middle schools. Schools that are the ones where I teach. Sonia must find a way to win their trust” .

Yes, trust. Fundamental element to build a relationship when you are in class with very young people forced to live in areas where the underworld reigns. The novel is largely the result of the experience of Simona Moraci herself who taught in several Sicilian cities and in difficult areas precisely. The “children” as he likes to define them, who then in reality being in middle school are now “kids”, “often they are alone with themselves, they do not have a family to support them, no one who perhaps prepares lunch for them when they return home, not they live with their parents for various reasons “.

Reasons not difficult to imagine, we guess. “And the teacher – continues the writer – in situations like these she understands that she is a point of reference and as such she must behave”.

From the pen of Simona Moraci comes a captivating novel, hard and tender at the same time from which emerges all the difficulty of the teacher who feels abandoned in what turns into a real “battle” for the conquest of trust. A teacher sometimes not protected or victim of verbal and physical violence, who resists with the pride of having managed to win by bringing the fragile figure of the pupil to his side, the real victim of the unfortunate context in which he finds himself. And there is the love that wins, the difficult love of the triangle in which the protagonist is involved who, let’s not forget, is a teacher but also a very normal woman grappling with her life, and the love for teaching that drives passion and generates trust.

“I wrote this novel – says Moraci – because still teaching today in a certain context, I felt this need, as if to make my experience available. It is often believed that there is only one school. Instead there are many ‘types’ of school, and this is a rather strong experience of mine: within a city, there are many schools more similar to the idea we all have, where there are diligent students who come in, sit down, open their books and study But then there are those where I taught, and the kids don’t have books, they don’t study, they don’t sit, they tend to run away from class, they sometimes have aggressive attitudes.

It’s this one it is a school outside the classical canons. When you study to qualify for teaching, you also take methodological paths to better undertake this activity. But when you arrive in a certain context, you realize that you have to use another system very different from the one with which you introduced yourself: you do not go into the classroom, you take a book and you say ‘let’s start reading on page tot’. This thing in certain contexts cannot be done at all. So I, like Sonia, had to invent a new way of teaching and luckily I always found extraordinary colleagues who supported me. In some schools, the trump card is grouping. Because teachers must be united and in synergy to be able to follow the classes in the best possible way “.

A code to crack

But what are the children of ‘certain neighborhoods’ like and how do you judge their attitudes? Is it fragility? “Let’s not forget that they are 12 or 13 years old – explains the writer – and for me, they are simply children, kids who live in a very, very difficult context. So they certainly hide great weaknesses. I have always had the impression that they are kids very much in need of care, affection, attention. However, among them – he specifies – there are naturally also those who have families behind them who take care of their children.

But most of it is found in highly problematic situations. I must never ever assume that their destiny is marked by the context in which they live, I must always think positively and help them in the redemption. All of us teachers who work in these contexts aspire to give these our students serenity and balance. And this we can do by transforming the school into a peaceful place of trust and mutual respect. Unfortunately you can’t help them 24 hours a day but at least at school, you try. These fragile children must be contained and not dispersed “.

In the novel, reference is made to an episode in which the teacher is welcomed to the sound of bottle throwing a kind of stoning Affirmation of power? “The boys always feel a bit ‘the limit of the teachers – explains Moraci – this happens almost everywhere. They do it because they want to understand how far they can go. So a situation like this can happen, such as when you get a bottle or something else. Kids often have a challenging attitude in certain contexts, it’s their code at that moment. They have these tools. In this case, you have to build a relationship with them. ”

“To me, it’s true, bottles arrived on me, but when I recovered from this, let’s call it, ‘welcome I started thinking about the kind of approach to have with the students and how to build the relationship with them: you have to be very firm but in my opinion the trump card is always gentleness and firmness. If I had to give advice to those who find themselves teaching in a difficult context for the first time, it would be the same one that one of my managers once gave me and that she was an extraordinary woman : love is what takes us out of the dark together with trust.

The idea of ​​abandonment is strong

It is with this that a relationship can be built. Let’s not forget that they are kids and that very often they change teachers every year. And this is also a deleterious element because the teacher establishes a relationship of trust, obtains successes, the children become attached and then they are forced to change it. Many times I have been told: prof but will you be there next year or will you leave us? Teachers always hope to be able to practice the profession not too far from home. But it takes time.

So we often change place of work. And these kids experience a bit of abandonment. Even Sonia, the protagonist of the book, when she is missing for a few weeks raises the fateful question in her students: are you leaving us? Are you tired of us? The idea of ​​abandonment is strong. When a new teacher arrives, the fear is that she will soon leave. So, boys often ask themselves, why should I trust them? it’s a bit of a paradox, on the one hand the teacher is mocked and on the other he becomes a point of reference such that the moment he leaves, the children suffer. “In 200 days of school, however, there is also a build a relationship with parents.

“Yes – he replies – in certain contexts even that is difficult, but even in that case you can win trust: we talk to each other, we know each other. Surely it is an even more complex relationship if we want, but parents must also be able to trust. . It takes a lot of patience, sometimes there is the grandfather, the aunt talking … ”

So is there an ideal school for the many Sonia’s? “Sonia, like me, is also fine in the contexts in which she operates – underlines Simona Moraci – and if I really have to think of an ideal school, I would say that it is one in which the work that is done is recognized and considered. And this depends on many components that revolve around the entire school system. However, in school they also take great satisfaction. For example, when a former student calls me and tells me about his current path, I feel happy, it means that he still trusts him and that I have done something good, like Sonia “.

The comparison with “Sonia” always returns “In the novel there are many elements that belonged to me – he concludes – he also writes for himself, so there is a part of my heart”.