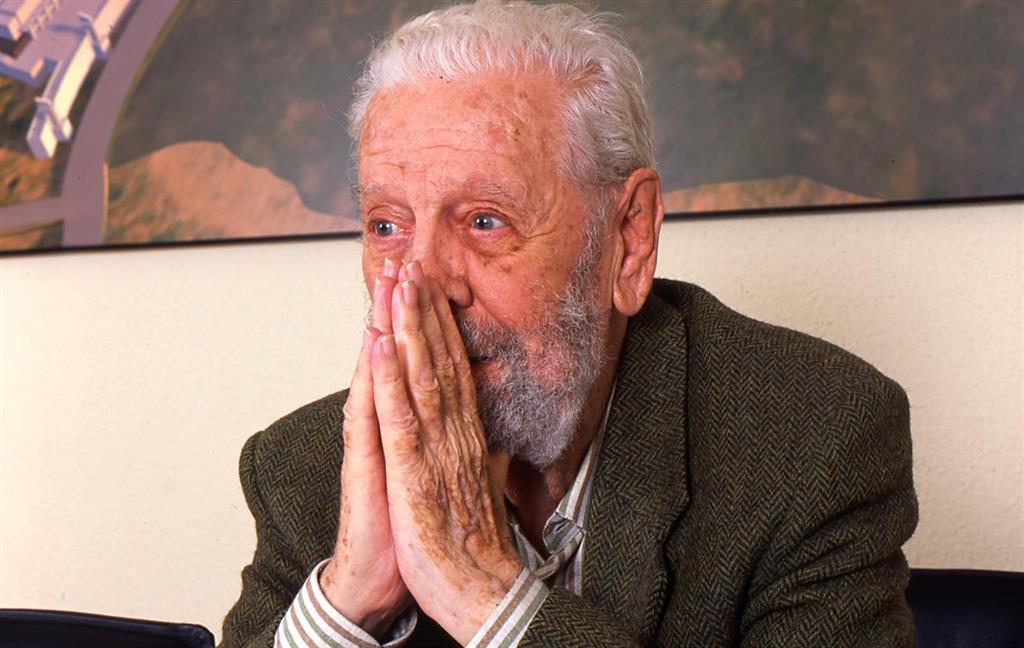 This June 12 marks the centenary of the birth of Luis Garcia Berlanga, one of the key figures in Spanish cinema, who has also become the great symbol of national cinematography. His films, full of sarcasm, black humor and irony, were the chronicle with which he represented the Spain of double standards, false modesty and political corruption. His filmography contains essential works of the seventh art such as ‘Welcome, Mr. Marshall’, ‘Thursdays, miracle’, ‘Placid’ o 100 years since the birth of Luis Gª Berlanga: 5 of his essential classics.

On the occasion of its centenary, Spanish cinema is celebrating. Proof of this is the tribute he received in an act in which the content that the Valencian director deposited in box 1034 of the Caja de las Letras del Cervantes in 2008, two years before his death, was revealed, including his name among the renowned artists, writers and intellectuals that populate the enclosure. “Thanks to symbols like this, recognition of filmmakers is fair“, declared the president of the Film Academy, Mariano Barroso, in a statement.

The content of the box was, precisely, an unpublished script that would continue the so.called ‘National Trilogy’, with the title ‘Long live Russia!’ and which is part of the exhibition dedicated to his life and work ‘Berlanguiano. Luis García Berlanga 1921.2021 ‘, which is available until September 5 at the Real Academia de Bellas Artes de San Fernando.

In addition, this anniversary comes months after the adjective ‘berlanguiano’ was incorporated into the dictionary of the Royal Spanish Academy, showing the importance of the director’s filmography in Spanish society and culture. Throughout his more than 60 years in the profession, he worked with renowned interpreters such as Alfredo Landa, José Luis López Vázquez, Pepe Isbert, Amparo Soler Leal, José Sacristán, Concha Velasco, Emma Penella or Manuel Alexandre.

It is considered the great masterpiece of Spanish cinema. Presented in the Official Selection of the Cannes Film Festival, where it won the award for best comedy and a special mention for best screenplay, ‘Welcome, Mister Marshall’ is the perfect portrait of Spanish society in the early 1950s, whose satirical and critical of the Franco regime managed to circumvent censorship.

Together with ‘Welcome, Mister Marshall’, it is one of the absolute works of the Valencian genius. Nominated for an Oscar for the best foreign language film and presented in the Official Selection of the Cannes Film Festival, ‘Plácido’ is a satire in which Berlanga portrays the hypocrisy and false charity of a group of bourgeois during the Christmas holidays, the which welcomed the most needy into their homes under the campaign “Sit a poor man at your table.” The best exponent of the berlanguiano seal.

Winner of the FIPRESCI Award at the Venice Festival, ‘El verdugo’ was a brave bet by Berlanga against the death penalty, recreating in its plot the very contradictions that Spanish society lived in the early 1960s, known as that of developmentalism. Shot on location in Madrid and Palma de Mallorca, the film was inspired by real events.

First installment of the so.called National Trilogy, starring the Leguineche family. Set in the winter of 1972, at the dawn of the end of the Franco regime, Berlanga makes a careful and acid portrait of the last years of the dictatorship, showing the maximum exponents of its decline through a hunt in which a Catalan businessman participates with ambitions and an aristocrat in low hours.

Berlanga offered his personal vision of the Spanish Civil War in ‘La vaquilla’, in which he showed, from the acid gaze offered by black comedy, that, in a fratricidal confrontation, there are only losers.