Am I entitled to happiness when the world around me is destroyed? 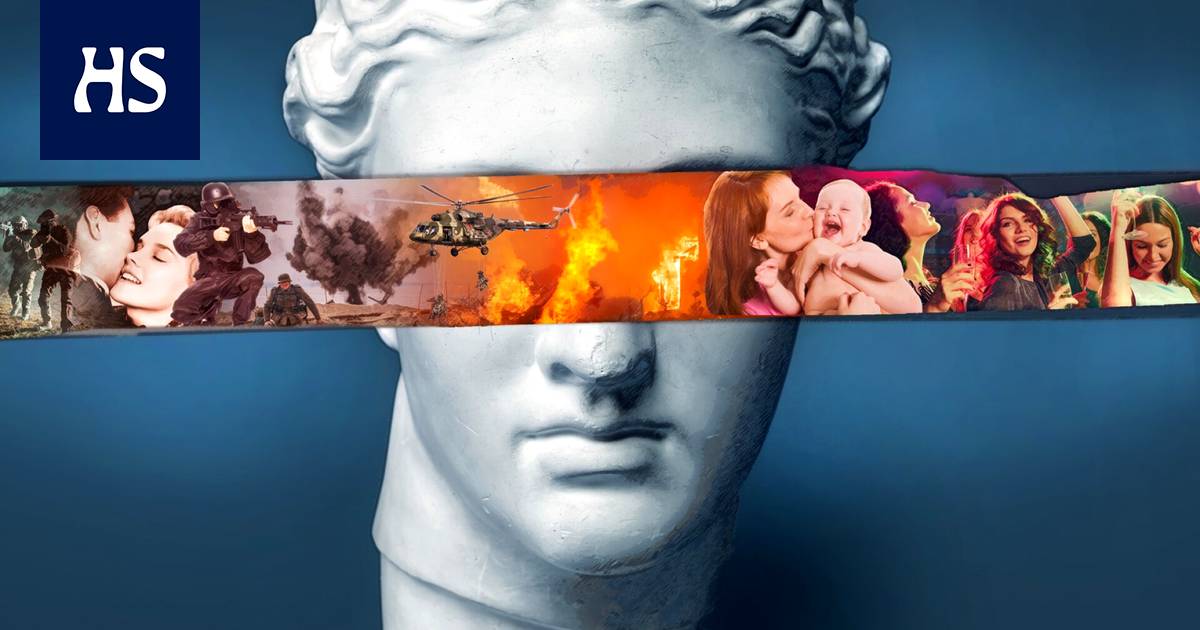 Philosophers and thinkers have pondered the nature and significance of happiness for thousands of years. A modern person may even feel that he or she is required to be happy in working life and relationships — or at least to look like it.

I notice I switched channels in the middle of the news. Instead of the civilian casualties left behind by the Russian troops lying on the bombed streets, I look at a nature documentary in which seals shivered as the sun shone like turquoise on the lapping waves.

The documentary delights and reassures, but guilt follows: what right do I have to turn my gaze to the horrors of Ukraine? As a journalist, I follow the news of the war, both during and outside working hours, of course, but now that the war has lasted two months, the pandemic just over two years and the climate crisis much more, I find myself craving more and more joy and fun in my spare time.

But do I have the right to be carefree, even happy when others suffer? What does happiness even mean in this world?

In 2012 A resolution was created at the UN General Assembly declaring March 20 a day of happiness. Ten years later, Russia was expelled from the UN Human Rights Council because of its repeated human rights violations in Ukraine.

In the World Happiness report, our Finns were once again told to be the happiest people in the world, and once again we have wondered how this has happened.

The concept and content of happiness have been debated in Europe since at least ancient times; In China, through Taoism and Confucianism for even longer. Scientists and thinkers from different backgrounds, times, and cultures define happiness in very different ways. Is happiness the search for pleasure, the search for meaning, the best possible well-being? And who is responsible for it, the individual or society, destiny or coincidence?

April initially published Juhana Torkin philosopher and master speaker Dion Prusalaisen (c. 40–120 et seq.) from speeches two thousand years ago under the collective title Happiness. Dion experienced both wealth and misery during his life: he was born the son of a rich family, but the death of his father plunged the family into trouble; he rose to the ranks of the most admired speakers of his time, but for a long time he lived in exile as a ragged wanderer.

In his speeches, Dion condemns idleness, travel, sporting events, or things that are enjoyable at all — they just mislead a person. In the speech Tyranniasta he says, “People do not use their intelligence to pursue bravery and justice but pleasure. As they seek pleasure by all means, life becomes less and less enjoyable and painful for them. ”

Juhana Torkki says in the preface to the work that modern man seeks happiness through consumption based on herd behavior. Ancient philosophers were quite skeptical about this kind of activity.

Dion translates “stupid”, pleasure-seeking citizens in direct words. Other people’s ways of seeking happiness are also provoking debate in the 21st century. Tommi Melenderin HappinessThe starting idea of ​​the essay collection is that we live in a dictatorship of happiness. Happiness has become bourgeois and right-wing, it has become an industry, Melender writes.

Also called Emeritus Professor of Psychology, called the “Happiness Professor” Markku Ojanen demarcates external matters such as goods and reputation beyond happiness. In an interview with HS Ojanen raised his kindness, praise, apology, and health and relationships as his own guidelines. The happiness policy manifesto published by WWF and Demos Helsinki 2010 was also along the same lines, presenting ways to support the well-being of Finns.

In their reflections on happiness, both ancient and modern thinkers emphasize something quite different from hedonistic consumption and the pursuit of individuality. Happiness, however, has become a business that relies very heavily on the material reality of the individual and the consumption that focuses on it.

And it’s not just about which jacket or lamp everyone has bought with their money. Increasingly, it is about so-called well-being: the tight control of exercise, eating, sleep, and everything that comes from appearance pressures. In the whirlpool of wellness culture, it is important to look beautiful, healthy, successful – happy.

Social media and advertising have a role to play here.

An individual the “because you deserve it” slogan, which combines well-being with consumption and the brand, is already over 50 years old. (Launched by cosmetics giant L’Oréal.) In the 2020s, material and spiritual well-being will combine with new twists and turns as technology and novelty take over more of the happiness business. This is marketed, for example, through the discovery of the “inner goddess,” the success of the “soul mission,” the communication with the universe.

Happy people are seen as better employees, friends, partners and citizens. Companies are increasingly investing in the happiness of their employees: the internationally operating company Great Place to Work provides consulting services, and Google is exploring how employee happiness affects work.

Auvinen writes about the masks of happiness that people pull on their faces to be more socially or professionally desirable – and which then contribute to taking people further away from authentic, genuine happiness than Aldous Huxleyn A bold new world soma drug as a whole.

Happiness however, in the midst of a crisis, there is a different matter than happiness in a more mundane reality. Some of us are better, some worse, but hardly anyone says they are happy with the world right now. We may not follow all the news, but it is impossible to close our eyes. I can’t imagine anyone being able to wear a mask of happiness on their face this spring – or it will be of any use.

In March, Finns read a large number of books about Ukraine’s war: Putinin insiders, the KGB. We donate money, food, clothes to help refugees; We are accommodating and transporting, preparing for the consequences of the sanctions imposed on Russia. We want to understand and help.

At the same time, we read and listen to books that are not related to Russia or Ukraine in any way. Biographies of singers, romance. On TV, we watch lego building, cooking competitions and a costume drama set in an imaginary history. Seals crawling in the sun. We talk to each other, we listen to each other.

We will survive; maybe we also enjoy.

Dion Prusalainen names benevolence and friendship as the most beautiful and precious possessions of man — things that an autocratic tyrant cannot hope for from anyone.

In the morning I open the television again. I’m watching the news: the president of the United States Joe Biden calls on Russian President Vladimir Putin to be a genocidal dictator.

When the war ends, we will follow us for a long time to come. Do I really need to be happy right now?

Mightily Land of the happy podcast in the last section Happiness Professor Markku Ojanen stated that it is not worth focusing too much on one’s own happiness.

There are other important things in life.