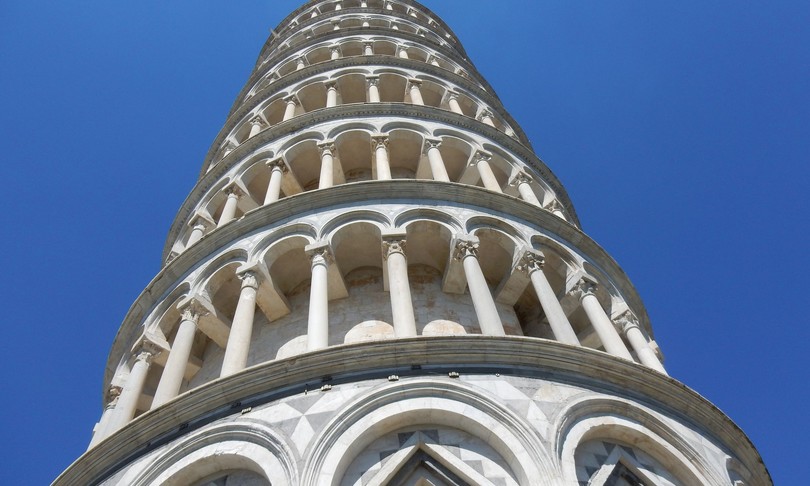 ` – A majestic musical instrument. This too should have been the most famous bell tower in the world, the Leaning Tower of Pisa. The evocative and fascinating ‘reconstruction’ of the initial project of the Tower – begun in 1173 by Bonanno Pisano and then resumed in 1275 by Giovanni di Simone and concluded by Giovanni di Nicola Pisano – is by Piero Pierotti, former professor of the history of medieval architecture of the University of Pisa, which anticipates to ` one of the forthcoming studies in the volume ‘The true miracles of Piazza dei Miracoli’, in which presents a series of unknown or less known elements on the monuments of one of the most visited and known squares in the world.

Wonderful concerts, according to what emerged from the research of the scholar, should have resounded from the cell of the Leaning Tower, equipped with twelve bell slots, each corresponding to notes and semitones.

“Under the workers of Giovanni di Simone and, after his death, of his son Guido, the Tower had reached what was perhaps considered an impassable summit, beyond which it could be risky to continue”, thus the architectural historian retraces the start of work on the Tower.

“The chambers for the bells”, explains the historian, “were six, open and ready, obtained in the circular perimeter of the solid wall. The construction was apparently completed but had not reached the project height. Giovanni Pisano, taking advantage of his consolidated experience as an extreme architect, put his fears aside and completed the building at the height of the project: one hundred braccia “.

“To balance the load he built a second belfry, recessed and resting on the internal wall perimeter of the Tower, in order to centralize the center of gravity. At the top it left a circular opening, which allowed you to look at the sky from the bottom of the cylinder, as was probably expected, and this also served to lighten the new addition. The final shape it assumed made the Tower an enormous celestial pointer and perhaps, since all the light entrances along the wall were closed, it created a telescope effect that made it possible to observe the stars even in daylight conditions “.

Pierotti highlights the first novelty: Giovanni Pisano changes the tradition of the castle of bells. “Giovanni – he explains – developed another important characteristic. Usually the castle of the bells consisted of a wooden structure, suspended internally at the top of the bell tower. It used the void below as a sounding board but had two limitations: it did not allow you to observe the sky and the number of bells was reduced. Instead, by distributing them along the circular perimeter of the Tower, it could contain more and at will. Giovanni di Simone had already created six perimeter chambers for the bells, all the same (they still exist today, on the penultimate level). Giovanni di Nicola created another twelve, six large and six small, but this time the insistent use of number six had a further value ”. They were in fact twelve like the musical notes. Because? What inspired him? “Two and a half centuries earlier – Professor Pierotti reconstructs -, Guido d’Arezzo, a Benedictine monk, had written the text that reformed the way of writing music by conceiving and adopting a method that is easy to learn and apply. His musical scale was based on six tones (the hexachord) “.

Returning to Pisa, why twelve bells?

“For solemn holidays – says the scholar -; perhaps even on other occasions there were real concerts, usually with hammer-rung bells. Six small slots plus six large slots could correspond to two hex chords with two different tonal scales“. According to the teacher, such a vast articulation and precision, granted to the sound of the bells, had a reason. “In Pisa there was an important school of bell masters – he explains -. We know the names of Bartolomeo, Lotteringio, Guidotto, Andreotto, Giovanni and Bencivenni di Gherardo, Iacopo, a second Bartolomeo, Marco (certainly active between 1215 and 1280) and Nanni. They too added the adjective ‘Pisan’ to their name, to indicate that they belonged to this prestigious school ”. On the basis of these elements, the historian hypothesizes the design of the tower also as a kind of musical instrument.