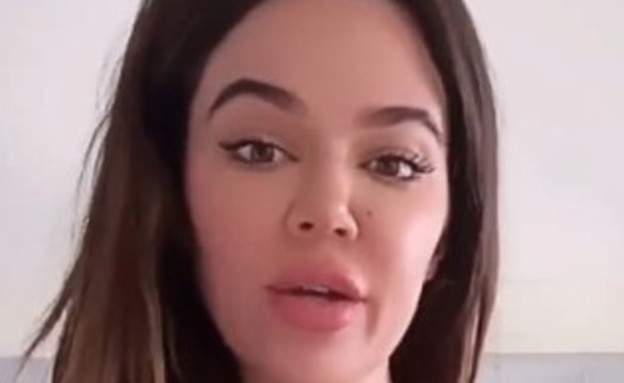 The days go by, the question marks are added, and Chloe Kardashian and Tristan Thompson are still together. Recently Tristan’s name made headlines again, when a young woman revealed that she had sex with him while he was with Chloe, and in fact until last April. After the model filmed an exchange with Chloe herself, now another woman joins the celebration – and the story becomes utterly delusional.

Kimberly Alexander, also known as Kim Cakery, claimed about a year ago that Tristan is the father of her five-year-old son. Tristan was quick to do a paternity test that turned out to be negative and was quick to file a $ 100,000 lawsuit against the same woman, but Kimberly continued to hold out, and this week released messages she allegedly received from Chloe Kardashian herself. Now the truth behind those messages has been revealed – and the whole story has become extremely embarrassing.

Kimberly shared a screenshot of the beginning of the message she allegedly received from Chloe. “Listen, at this point I just want to talk,” it read. When surfers asked Kimberly to see the full post she claimed it had been deleted, and now it turns out she sent it to herself from a fake account she opened for that matter.

Despite the screenshots revealed Kimberly continues to claim that the message came from Chloe and her son is indeed Tristan’s son, but the latest exposure lowers the star’s credibility to zero. If that wasn’t enough, Kimberly also threatened Chloe that she would release a sex tape she allegedly filmed with Tristan in May 2020, but Chloe did not respond or see the messages. What did she see? The storm on the net, about which she wrote on her Twitter: “Like, people’s exaggerations.” We’re with you, Kello.

I mean…. the extent people go through