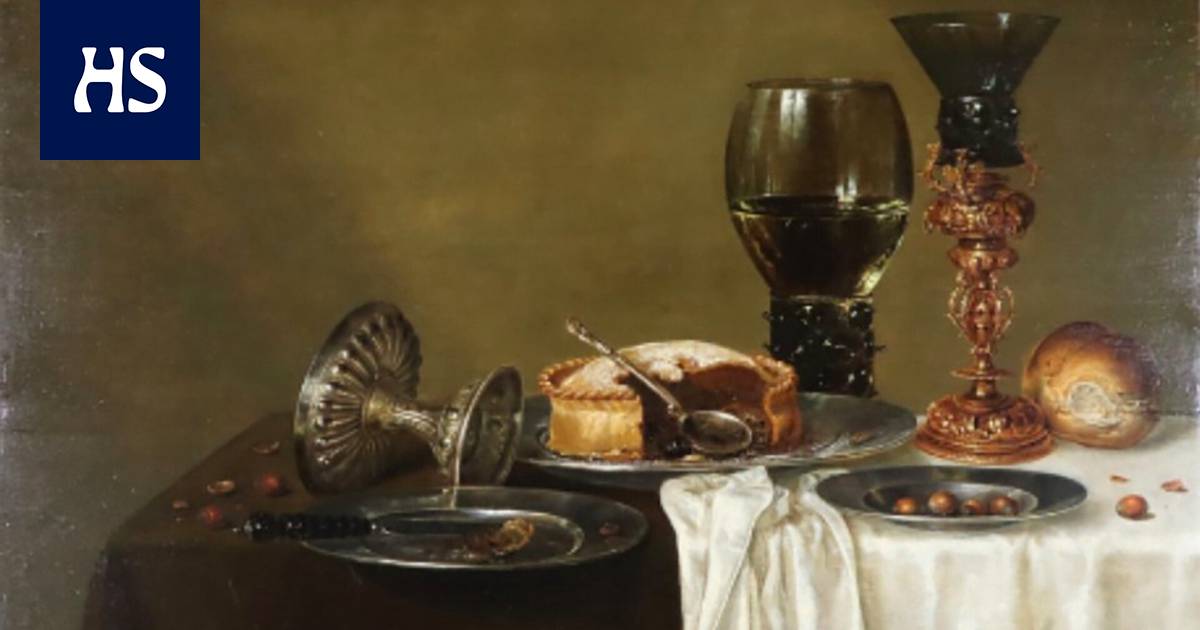 Gerrit Willemz. Heda may have painted the still life together with her father, Willem Claesz. With Heda in 1640.

Australian The Woodford Academy Home Museum has found an oil painting painted during the Dutch golden age, the 17th century, which could be worth millions of euros. The value of the work depends on its painter, who is currently being studied by the National Trust, which maintains Australia’s cultural heritage.

The work was found by the National Trust restoration project thanks to. A total of 36 works of art were restored in the project, and this painting, which had long hung on the wall of Woodford Academy and has since been packaged, was one of them. The work is known as Still Life eli Still life.

Restoration in connection with this, the dirt accumulated over the years and also a thick layer of varnish were removed from the surface of the painting. At that time, two microscopically small signatures appeared on the steel of the knife in the front left of the painting.

Willem Claesz specializes in setups. Heda was a well-known painter, and her works have also been considered more valuable than her son. The price estimate for the work is also based on this, for Willem Claesz. Heda’s paintings are considered worth millions of euros. Australian Associated Press According to the news agency, the price of this painting could rise to about A $ 5 million, or about € 3.4 million.

The painting found in Australia has very similar themes to Willem Claesz, which was on display at the Sinebrychoff Museum in Finland in 2016. In Heda’s painting, which is also called Still life.

Australian the painting was found in the Woodford Academy Home Museum, located northwest of Sydney in the Blue Mountains. Woodford Academy was built as an inn in the 1830s and has since served as a private residence and private school, from which time its name also dates. The daughter of the school’s founder bequeathed the building to the National Trust in 1979, and the home museum established in the building opened in 1996.

Once the painting is found, it has been restored and will be returned to Woodford Academy for one day on 14 May, where it can be viewed.

National According to the Trust’s experts, it is possible that the work was originally brought to Woodford Academy by the nephew of the founder of the Sydney Morning Herald. Alfred Fairfaxwho was a successful businessman and bought the Woodford Academy in 1868. Collecting Dutch paintings had become fashionable among wealthy Australians since the 1830s, and perhaps Fairfax brought this and other works of art to his country home.