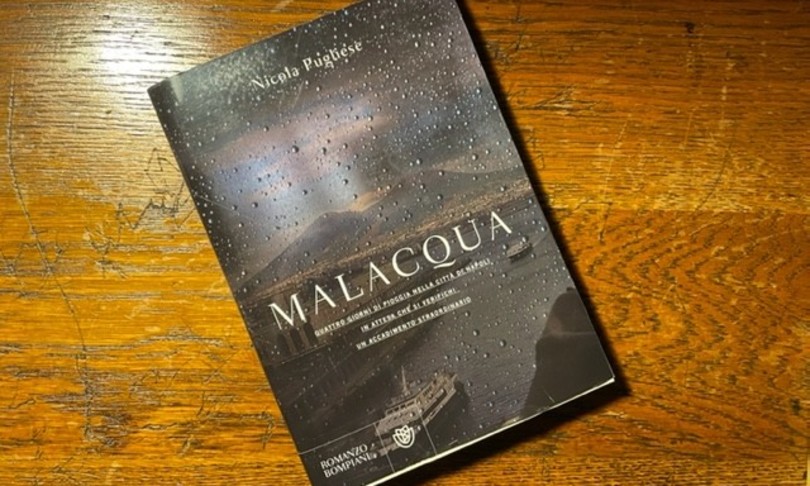 If you want to wrong an author, just try to transform it into the local – or, better, territorial – expression of a universal phenomenon. Because not only is his experience encoded and therefore caged, but in an almost eternal way he is prevented from becoming a universal phenomenon himself.

The completely unintentional wrong of Nicola Pugliese is that of coming out into the open as a writer at a time when the exercise of the association was already in vogue among critics. As in the Memory, you discover a work and immediately go and look among the other overturned tiles which other work or which other author reminds us. Maybe you need to uncover more than one card, but when you think you have found it, it’s all a eureka, because an explanation has been given to a phenomenon that once did not try to explain, but just enjoyed: enchantment reading.

Thus ‘Malacqua’, a novel that the journalist who discovered himself a writer had written down in forty-five days of creative hypnosis, could aspire to become a universal work, but the haste to understand it – and therefore encode and enclose it – prevented it. Critics have given him the adjectives now Kafkaesque, now Joycian, denying him the only one he would have suited: Apulian (or Pugliesian, so as not to get confused with regional issues).

And the same fate had the author of him: Nicola Pugliese was compared to J.D. Salinger because he owes his fame to one work and only one, after which he retired to a hermitage, not in New England, but in Irpinia.

From the isolation of the Avella bar he came out only for the publication, more than thirty years later, of a collection of eight short stories that consolidated the parallel with the author of the ‘Young Holden’ and his ‘Nine Tales’.

‘Malacqua’ is like one of those old buoys that once marked a mooring, an arrival point, a finish line and a fulcrum together, and which then mysteriously sank, leaving an inexplicable void, only to return to the surface just as mysteriously for years. after and then disappear and reappear in an alternating cycle of success and oblivion that traces the fate of its author in a curious way.

Published in 1977 with the Wertmullerian title (here is another hateful reminder) of “Malacqua – four days of rain in the city of Naples waiting for an extraordinary event to occur” in the series I Coralli by Einaudi thanks to the enthusiastic intercession of Italo Calvino, it immediately became a non-popular phenomenon – often happens to Neapolitan authors capable of universalizing the Pedevesuvian experience such as Elena Ferrante and Maurizio De Giovanni – but elitistic in the noblest sense of the term. Malacqua succeeded in the paradoxical task of freeing the narrative from that exclusively local patina by immersing it in the darkest womb of that territoriality.

In other words, making a human phenomenon the narration of an event that had nothing human: four days of torrential rain that hit Naples, triggering dramas and almost paranormal phenomena. Thus, between lost dolls that scream (literally) and chasms that open up swallowing children, the flood that falls on Naples becomes not a metaphor, but a set of metaphors that lend themselves to many interpretations. It is thus up to the reader – and not the critic – to decode the story and in their own way, perhaps grasping those references to magical realism that Garcia-Marquez had given to the world exactly ten years earlier or the echo of the denunciation of the most distant ‘Hands on the city’ by Rosi.

Telling the many characters that animate ‘Malacqua’ and their stories would not help to understand the charm of this novel, nor would it be useful to investigate the curious biography of its author – first chronicler of the Neapolitan newspaper Rome, then a hermit among the hazelnuts of Avella.

But to follow the events of this work (not those narrated, but his own) it is useful to introduce Francesco Palmieri to the republication strongly desired by Antonio Franchini and which has just arrived in bookstores for Bompiani (183 pages, 16 euros), which it not only gives us an account of the editions and re-editions, but also of the numerous interpretations that have been given. Up to one observation: that the more you try to explain a magical phenomenon like the spell of a story, the more that magic hides and fades.

So we might as well enjoy Pugliese’s drumming narrative, so similar to the tapping of rain, without looking for similarities, parallels and interpretative codes. And guard it with care, before the buoy disappears again in the waves, leaving us without an anchor point.