In Milan an evening for Strehler’s 100th anniversary 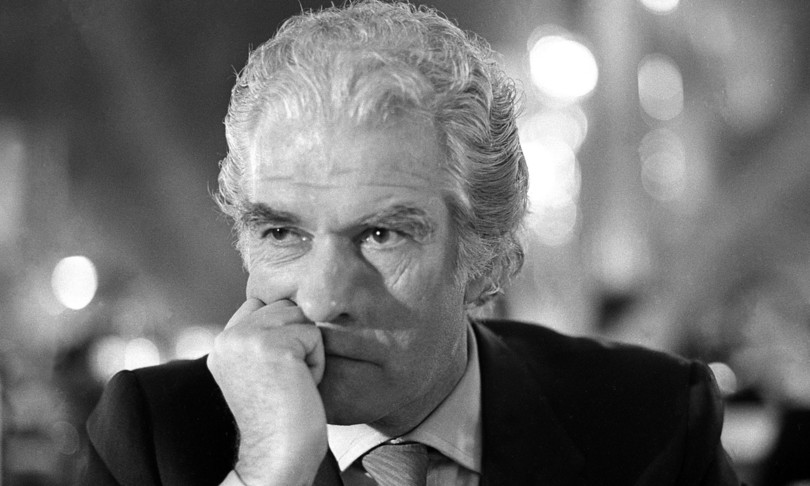 ` – Saturday 14 August from 20.30 at the Castello Sforzesco in Milan will be held “The voice of Strehler – Stories dedicated to Giorgio Strehler in the centenary of his birth”, the event produced by Spirit de Milan APS which celebrates 100 years since the birth of great teacher. The event is part of the Summer Sforzesca 2021 review. To remember the great director there will be three voices personally dear to him: two of his students from the first course set up in the Piccolo Teatro School, who graduated in 1990, and a actor who with Strehler has long worked within the extraordinary artistic family of which they all are still part today: Giorgio Bongiovanni, Umberto Ceriani and Stefano De Luca.

Stefano De Luca, who is still entrusted with the responsibility of periodically rearranging the historic Strehlerian “Arlecchino”, will guide the audience through memories and anecdotes, reviving his first meeting with the Maestro on the scene. ‘”Arlecchino” plays the role of Pantalone, who will recall in his monologue the surprising coincidence of the shipwreck that dispersed the costumes and the scenes of the show in the sea with the Strehlerian staging of a text by Marivaux, “The island of slaves”, that those facts seemed to have foreshadowed. Umberto Ceriani will finally open a suggestive parenthesis on his Brechtian experience with Strehler, in which he played the part of Ludovico Marsili in “Life of Galileo”, a show that, in 1963, entered the history of the theater and sealed its greatness.

“It is a great disappointment for me – says Andrea Jonasson, widow of the great Maestro – not being able to be present at the Castello Sforzesco for the evening that Spirit de Milan wanted to dedicate to Giorgio Strehler’s birthday. I would like to express my closeness and gratitude to Giorgio, Umberto, Stefano and Luca Locatelli, who strongly wanted to celebrate the hundredth anniversary of the birth of my husband, a great man and a great director. This is a gift, even if it is very difficult to tell a genius of the theater, as it was I would like to quote one of his lines, which is always valid: ‘The light of the Theater is not that of the spotlights, but that of the imagination which, of all lights, is the truest and most shocking’ “.

The show is produced and organized by Spirit de Milan APS which, in 2020 and 2021, created with its own web radio (www.spiritophono.it) over 50 podcasts on the Milanese theater and on the life, work and genius of Giorgio Strehler –

“When the Department of Culture – says Luca Locatelli, founder of Spirit de Milan and entrepreneur in the events and entertainment sector – proposed to animate the Sforza Estate stage with a show dedicated to Giorgio Strehler, on the exact day of his 100th birthday, we immediately accepted with “exuberant, wicked, reckless” enthusiasm. The request is based on the experience accumulated with our web radio where, for more than a year, we have dedicated one of our programs to the theater, with an eye to respect for the life and genius of the great Maestro. We are happy to be the only ones in Italy to present and produce independently with our Social Promotion Association a live show to remember Strehler, involving three artists who trained at the court of ‘Doctor’. Relying on high.level professionals such as Giorgio Bongiovanni, Umberto Ceriani and Stefano De Luca, as well as the advice of Professor Pa olo Bosisio is an honor, as well as the way to affirm the vocation of Spirit de Milan in dealing with occasions like these: always aiming for the best “.

Born 100 years ago in Barcola, a suburb of Trieste, Giorgio Strehler has always liked to point out that he is Milanese by adoption and has created the first permanent public theater in Italy, destined to become one of the most important in the world.

Spirit de Milan, in addition to being the Milanese club with a vintage taste that offers live swing music, jazz, blues and more, is also a social promotion association.