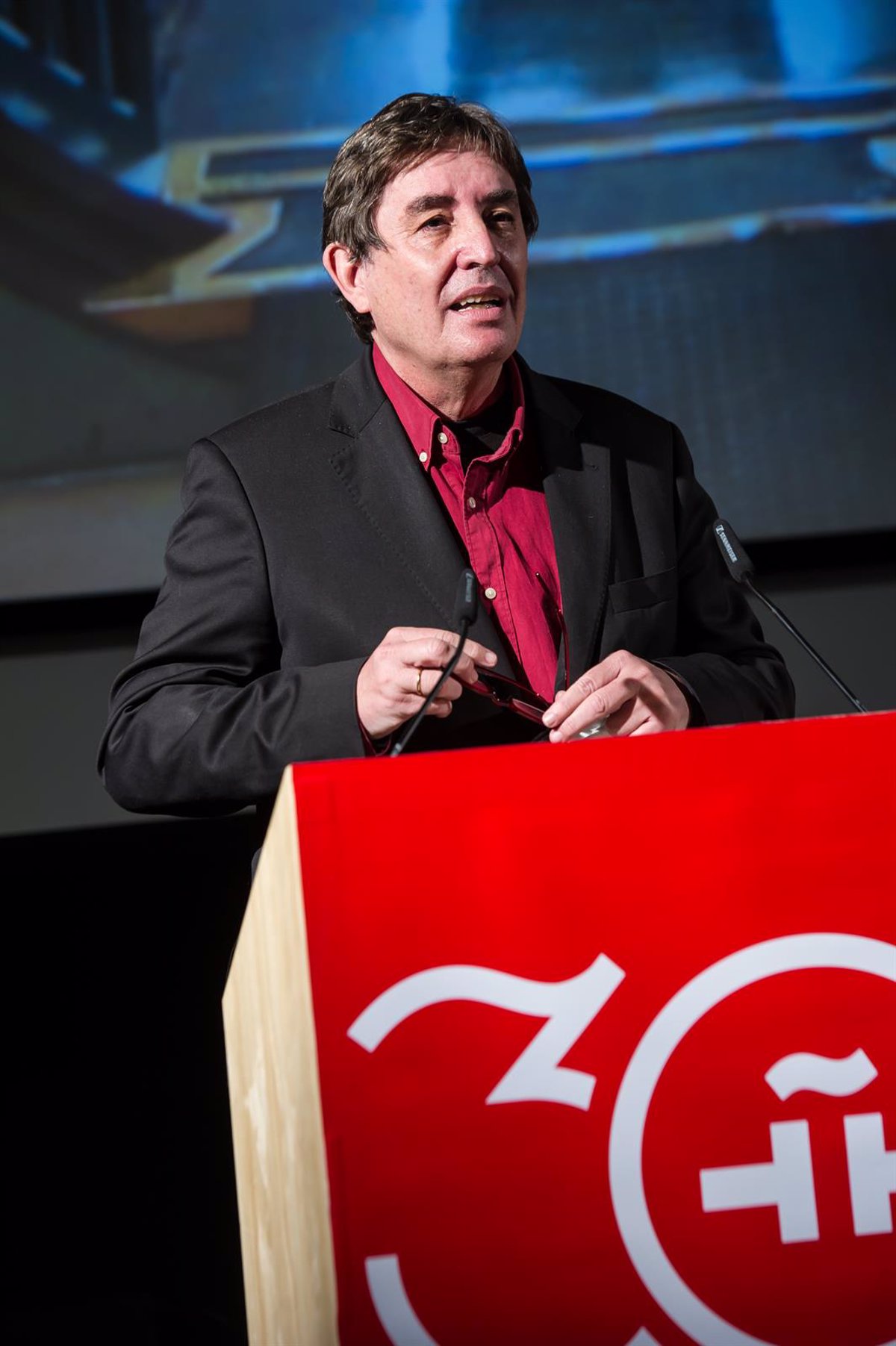 The first draft of the speech with which Jose Garcia Nieto (Oviedo, 1914 – Madrid, 2001) entered the Royal Spanish Academy in 1982, ‘New praise of the Spanish language’; the typewriter that the poet used for almost all of his work and ten original issues of the magazine ‘Garcilaso’ they are part of the ‘in memoriam’ legacy deposited in the Cervantes Institute’s Caja de las Letras.

The writer’s daughter Paloma García-Nieto, has deposited all these objects in box number 1620, accompanied by the director of the institute, Luis García Montero, and by the Minister of Culture, Tourism and Sports of the Community of Madrid, Marta Rivera de la Cruz, as a witness.

García Montero has defined García Nieto, whom he had the opportunity to meet, as a “good craftsman who took care of the word as the potter takes care of ceramics“. Considered one of the most recognized figures of Spanish post-war literature, and Cervantes Prize winner in 1996, García Nieto composed his speech for entering the RAE in ten songs and entirely in verse.

The director of the Cervantes has highlighted the role of the poet “fundamental reference in Spanish poetry and in the work for Spanish poetry, especially from the direction of the magazine ‘Garcilaso’, which he founded in 1943“.

Another singular object deposited in the Caja de las Letras is a very personal property of the poet, the Oliver typewriter with which he typed most of his work. Paloma García-Nieto, president of the García Nieto Foundation, recalled how his father wrote “on whatever scrap of paper he could find, but most of his work came out of this old Oliver“.