‘The Girls’ and ‘Anti-riot’, favorites at the Platinum Awards 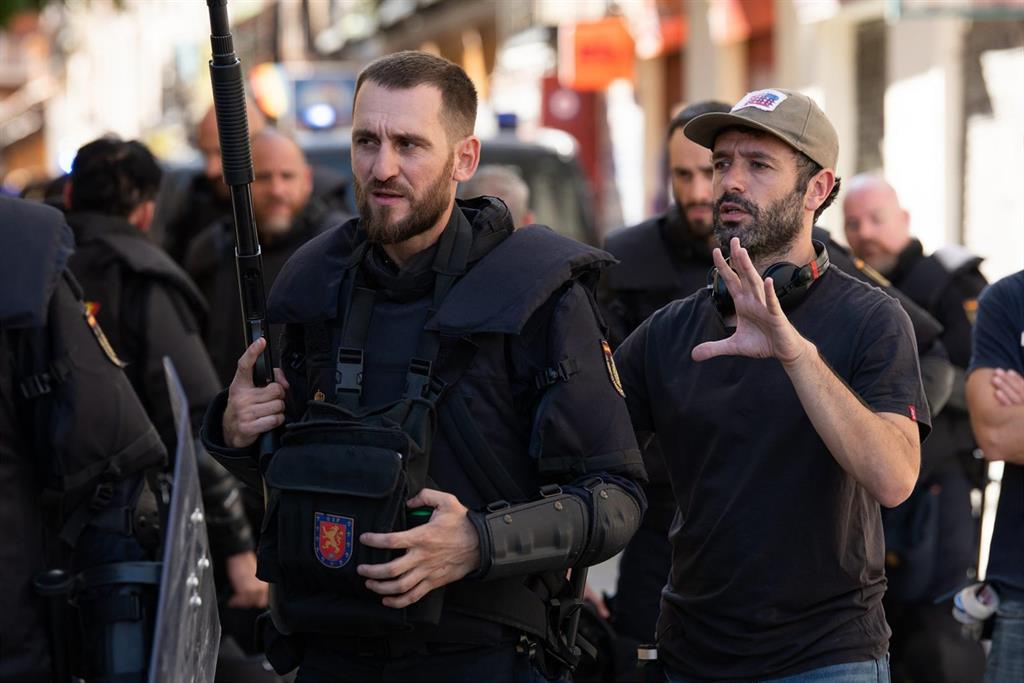 ‘The girls’ Y ‘Riot gear‘, with six candidates each, are the Spanish proposals that start with more options in the list of 20 candidates by category of the VIII Edition of the Platinum Film and Audiovisual Awards.

A) Yes, Pilar Palomero’s film leads the short list of awards in its cinematographic aspect, while the series by Rodrigo Sorogoyen and Isabel Peña accumulates the same number of selections with the categories dedicated to the small screen, leaving both as head of the Spanish options for the Platino.

The delivery gala will take place next October 3 at IFEMA Municipal Palace of Madrid. Before the celebration, the four finalists by category of the awards will be announced, to be revealed shortly.

‘The girls’ part with options such as Best Ibero-American Fiction Film, a category in which ‘Adú’ and ‘Rosa’s wedding’ also compete. For their part, both ‘Adú’ and ‘La Boda de Rosa’ fight for the nomination in the category of Best Direction from the hand of their directors, Salvador Calvo and Icíar Bollaín, a section in which the Spanish director Fernando Trueba is also a candidate as director of the Colombian film ‘The forgetfulness that we will be’.

In the field of cinematographic interpretation, Candela Peña, for ‘La Boda de Rosa’ and Patricia López Arnáiz, for ‘Ane’, compete in the category of Best Female Performance, while in Best Male Performance the Spanish candidates are Javier Cámara for ‘Sentimental ‘, also a candidate for the Colombian film’ The forgetfulness we will be ‘, and Mario Casas, for’ No Matarás’.

For their part, among the candidates for Best Cinematographic Miniseries or Teleseries are ‘Anti-riot’, ‘La casa de papel’, ‘Patria’ and ‘Vamos Juan’. In addition, the Spanish applicants for the nomination as Best Series Creator, another of the novelties among the 22 categories of the Platinum Awards, are Aitor Gabilondo for ‘Homeland’, Álex de la Iglesia for ’30 Coins ‘, Álex Pina for’ La paper house ‘and Rodrigo Sorogoyen and Isabel Peña for’ Anti-riot ‘.

Hovik Keuchkerian and Raúl Arévalo for ‘Anti-riot’, Álvaro Morte for ‘La casa de papel’ and Eduard Fernández for ’30 Coins’ will fight for the nomination for Best Male Performance in a miniseries or teleseries.

Meanwhile, in the same category for Best Female Performance in a miniseries or teleseries, the candidates are Daniela Santiago for ‘Veneno’, Elena Irureta for ‘Patria’, Inma Cuesta for ‘El desorden que dejas’ and Vicky Luengo for ‘Antidisturbios’.

In the case of the nominations for Best Cast Performance in Series, Bárbara Lennie will seek to be finalists for ‘The disorder you leave’, Ester Exposito for the Mexican series ‘Someone has to die’, Najwa Nimri for ‘La casa de papel’, Loreto Mauleón and Susana Abaitua for ‘Patria’ in the female category.

In the male counterpart, Ernesto Alterio for the Mexican production ‘Someone has to die’, Manolo Solo for ’30 Coins’, Patrick Criado for ‘Anti-riot’ and Rodrigo de la Serna for ‘La casa de papel’ have been candidates.

The actors Elena Rivera, Erick Elías, Hovik Keuchkerian, Macarena Gómez, Pilar Palomero and Salvador Calvo have been in charge of unveiling the 20 nominations by category of the awards in an act presented by Ainhoa ​​Arbizu held in the Red Room of the Teatros del Canal from Madrid.