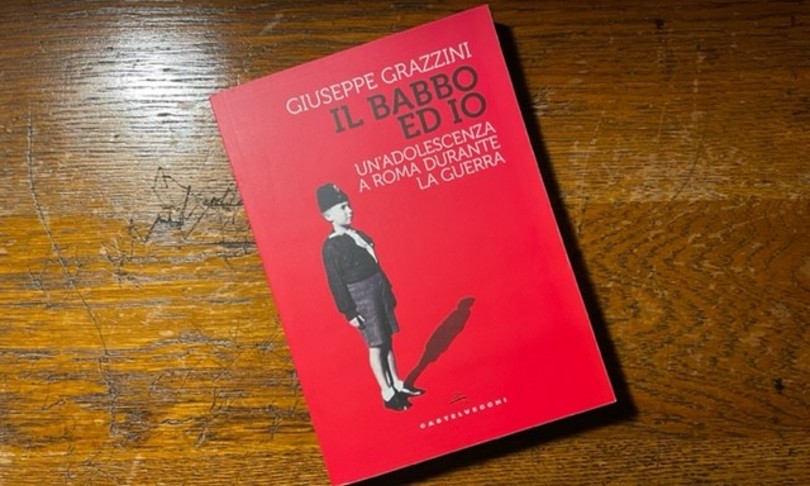 Few times a book has been more timely. ‘Il papa ed io’, by Giuseppe Grazzini (Castelvecchi, 233 pages, € 19.50) presents itself as an already precious memoir for the simple fact that it was written by an author who belongs to a generation that is dying out, but which becomes even more precious because it offers us the story of a story that repeats itself.

Already in the subtitle – ‘An adolescence in Rome during the war – it is understood that what this novel gives us is not a narrative invention built on fragments of family memories, old photographs and various war mythology, but the dry yet passionate chronicle. what it meant to be between twelve and sixteen in one of the most difficult moments in recent Italian history.

Beppino, beyond becoming the well-known lawyer Giuseppe Grazzini, was in Rome in 1943 when the one who was already in ruins fell into chaos and destruction. He belongs to that generation (he was born in 1928) who grew up in an already consolidated fascist ideology and is part of that youth for which the Duce, the Fatherland and the nobility of the sword that defends the furrow traced by the plow are not mere slogans, but indisputable axioms.

But a teenager is always a teenager and, by definition, in turmoil. It will be in 1968 as it was in 1943, when all acquired truths begin to crumble.

‘Father and I’ does not claim to be a historical essay, it does not investigate the reasons for the pervasiveness of fascism in Italian society or those of its fall, but offers us an extraordinary and unique look (unique because of that individuality that becomes universal) on what was the daily life of these little men called, as the author writes, to assume “together with adults, the primary responsibility of finding a way to make ends meet, which is synonymous with making ends meet with dinner”.

Beppino climbs the entire scale of the young fascist’s premilitary career – from Balilla to Avant-garde – and like his peers he is fascinated by uniforms, by rallies, by weapons. To act as a counterpoint to the rhetoric of the regime, however, he finds at home his father Mario, a Turatian socialist, sincere democrat who, while defining the Fascio demonstrations as ‘antics’, is careful not to impose his thoughts on his son, leaving him rather free to exercise his own in that “mental gymnastics” which at the stroke of the fateful hour will allow him to choose which side to take.

Arrived at the bookstore a few weeks before the Russian invasion of Ukraine, ‘Father and I’ tells us about the sudden discovery of the war at home and proposes, beyond the mere intentions to hand over one’s memory to the collective one, to be a warning that the new generations are spared the sufferings and traumas that are not yet extinguished in the soul of those who lived them almost eighty years ago.