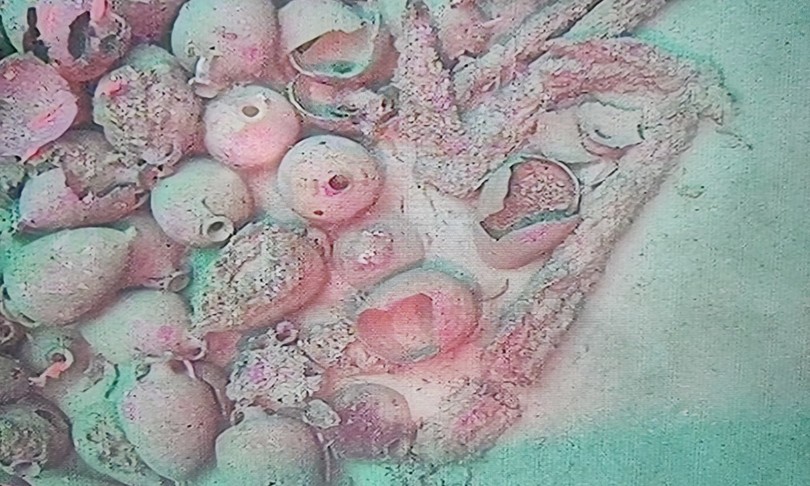 ` – Robots on the hunt for ancient civilizations. A wreck was found at a depth of 98 meters in the sea of ​​the Egadi– The ship, from the 4th.5th century AD, has an intact load of amphorae of the Almargo 51c type from the Iberian peninsula. The discovery is the result of the research campaign in progress in the stretch of water of the Egadi Islands, coordinated by the Superintendence of the Sea of ​​the Sicilian Region in collaboration with the Rpm Nautical Foundation, a non.profit organization of archaeological research and education that since 2005 has supported the maritime archaeological research of the Region, and the University of Malta.

Two research campaigns were carried out, in November 2020 and in July of this year, with a side scan sonar aboard the Hercules, which provided important targets on which research resumed in recent days. The numerous surveys (swipes), carried out with advanced robotics tools such as the Auv (autonomous underwater vehicle) and the Rov (remotely operated vehicles), have made it possible to delineate in detail the wreck with its load of amphorae, the return of which in 3D will be made in 2022 by SopMare and the University of Malta.

“This discovery is yet another demonstration of an incessant work that continues on our seabed – highlights the regional councilor for cultural heritage, Alberto Samonà – to discover new submerged archaeological sites. The increasingly frequent use of new technologies in the field of research scuba diving is delivering satisfactory results by opening the Mediterranean to a broader and more detailed reading. The discovery of a new wreck at high depth, after that of the Roman ship identified in Isola delle Femmine, confirms the importance of international collaborations“.

“The exceptional discovery – observes Superintendent Valeria Li Vigni – is a confirmation of what has already been claimed by the Superintendence of the Sea since the time of Sebastiano Tusa who had indicated in the sea of ​​the Egadi an inexhaustible source of micro.stories that lead us to theaware of history, not only of Sicily but of the Mediterranean“.