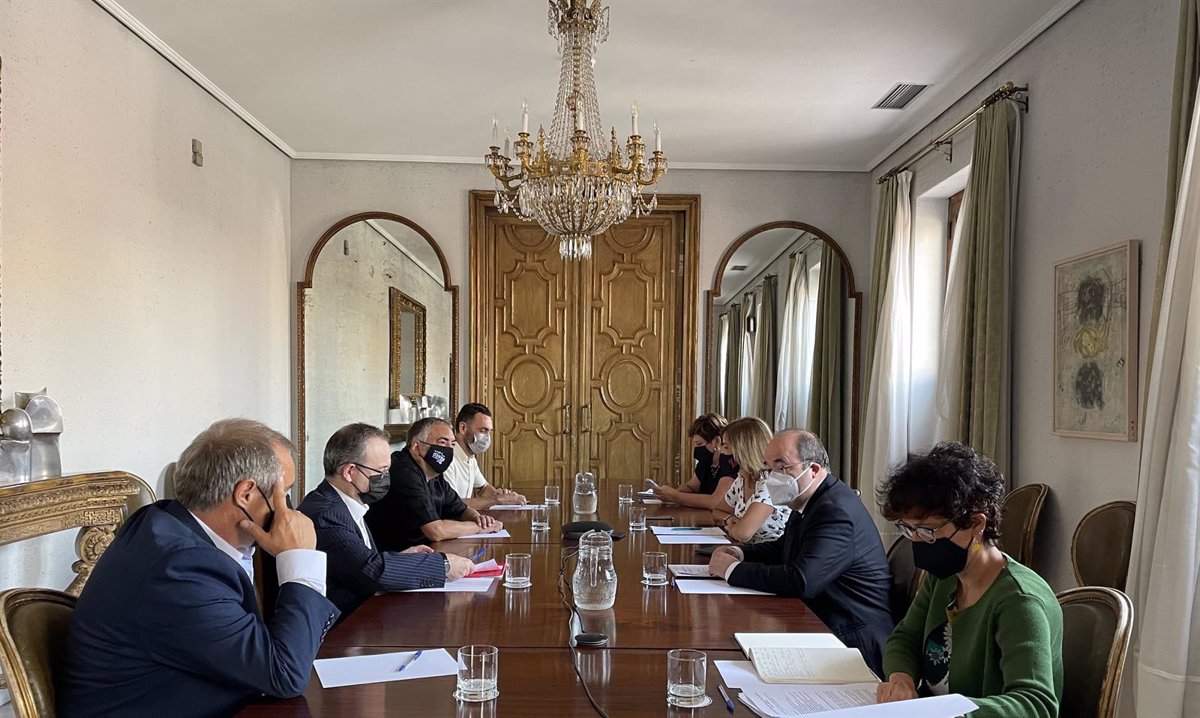 The Minister of Culture and Sports, Miquel Iceta, has promised to convene in the coming weeks, throughout September, the first meeting of the Interministerial Commission for the development of the Statute of the Artist.

This is how it has been transferred to the representatives of the performing arts with whom he met this Thursday, within the round of contacts that he maintains throughout this week with the cultural and sports sector.

It is one of the reforms framed in the National Recovery, Transformation and Resilience Plan, which will help boost the cultural sector, improving the working conditions of its workers and mitigating the consequences of the crisis caused by COVID-19.

This Thursday, the minister, accompanied by the general director of the National Institute of Performing Arts and Music (INAEM), Amaya de Miguel, has held two meetings with representatives of the performing arts.

Later, he met with the heads of the main associations in the live music sector and major festivals: the president of EsMúsica, Joaquin Martinez; the general director of the Festival Association, Patricia Gabeira; and the president of the State Associations of Live Music and Major Festivals (ACCES), Alberto Grandío.

This Wednesday, Miquel Iceta met with the Federation of Publishers Guilds, the Confederation of Booksellers Guilds and Associations and the main film exhibitor platforms, within the framework of his round of meetings that he has held to listen to the various agents and exchange views on the issues that affect them.

Precisely, from the Federation of Publishers Guilds of Spain (FGEE), they told Europa Press that the meeting with the minister was “very cordial” and “it has made it possible to expose the projects in which the sector is currently more focused, such as the promotion of reading and the need to promote actions to continue improving reading habits in our country; the modernization of the sector; thus like the internationalization of the edition “.

“Likewise, we wanted to highlight the importance that Spain is going to have for the book sector as the guest country of the 2022 Frankfurt Book Fair. We want to emphasize that the minister has shown that he knows all these issues very well, so that, we hope, we can continue to move forward together on these issues, “added the same sources.

The minister began his round of contacts on Monday 23, with the directors of the Prado Museum and the Reina Sofía Museum with the aim of drawing the lines of work and the pending challenges of the new course, as well as with representatives of different associations of film, audiovisual and animation producers.

On Tuesday 24, the minister held a meeting with the representatives of authors, creators and intellectual property associations, in which he promised to give a boost to the processing of the transposition of the European Directive on Copyright in the Market Unique Digital.