Ben Affleck was photographed in an engagement ring store 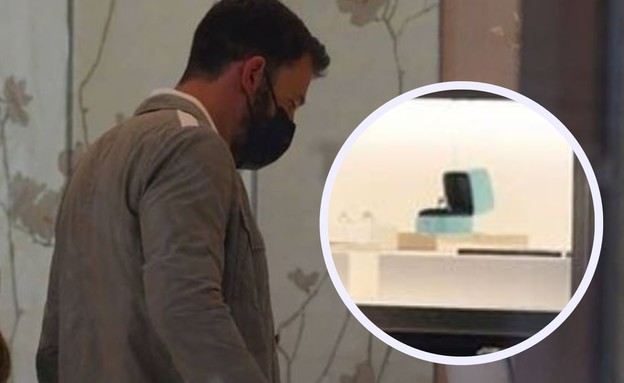 The relationship between Jennifer Lopez and Ben Affleck is the relationship that makes us the happiest in the world, with pictures in love, exciting posts and a lot of media interest. Now the star has been photographed examining engagement rings, and the network is losing it out of excitement

Since last April we have been living in the beautiful reality where Jennifer Lopez and Ben Affleck are a couple happening in the world. The two were engaged in 2002 and returned to each other’s arms last spring, just about a month after Jennifer broke up with her fiancé in the past two years, Alex Rodriguez. Now it seems that Ben is completely planning to take the relationship with Jen to the next level – when he is photographed examining engagement rings at an upscale jewelry store.Ben was photographed with his mother and nine.year.old son, Samuel, at the prestigious jewelry store Tiffany & Co. The group walked around the store with masks on their faces and documents in their hands, and accompanied Ben while he carefully examined quite a few engagement rings. As far as is known, Ben left the store without a ring, but it is definitely a big statement of intent.

The last engagement ring Ben bought for Jennifer cost about $ 2.5 million, and was set with a 6.1.carat pink diamond, but in 2004 they broke up and canceled the engagement. We wonder if this is a real purchase of an engagement ring or a top.notch publicity stunt by Tiffany & Co, who have just launched in the last few hours their new campaign starring the royal couple of the swamp, Beyonce and Jay.Z. At the moment, probably only a suggestion from a son will give us the answer.