Culture gives the family of Fernando Fernán Gómez the Grand Cross of the Civil Order of Alfonso X, granted in 2007 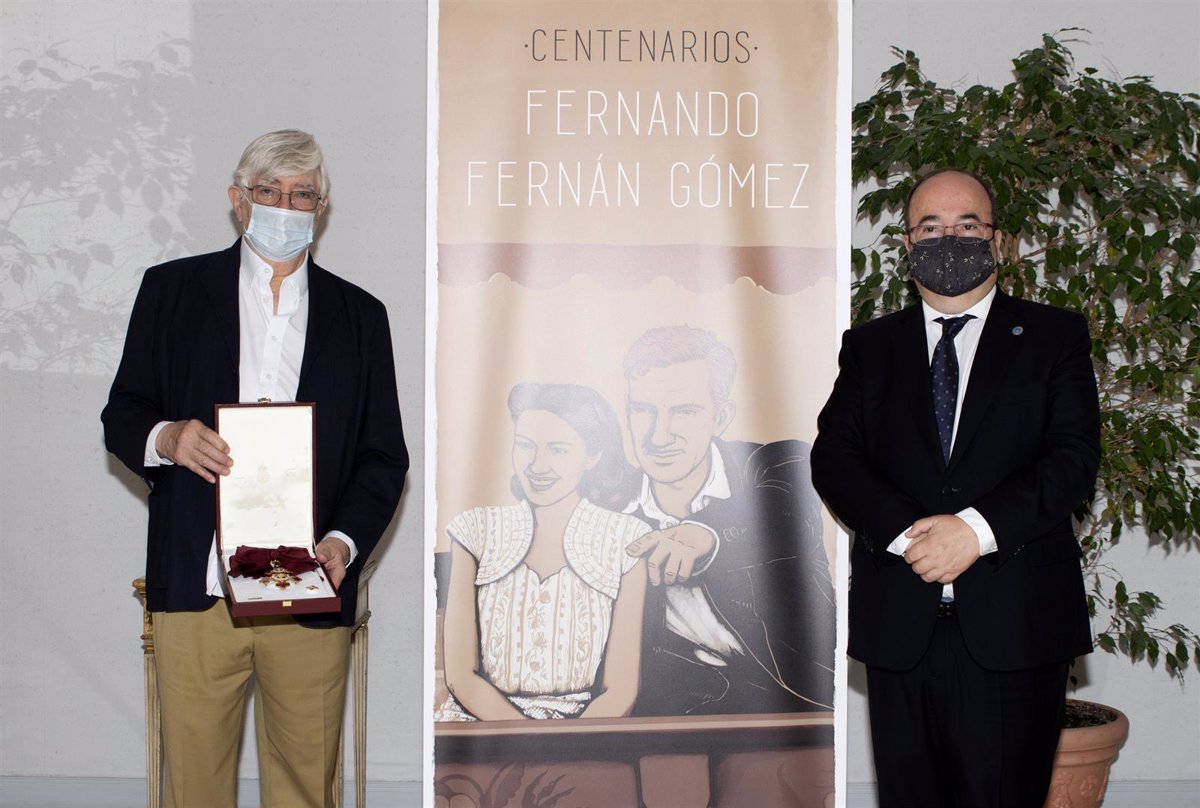 The Minister of Culture and Sports, Miquel Iceta, has delivered this Friday to the family of the actor and director Fernando Fernan Gomez the Grand Cross of the Civil Order of Alfonso X The Wise, which the Government granted him in 2007 posthumously.

The medal was presented in 2008 to his widow, Emma Cohen, by the then Prime Minister, José Luis Rodríguez Zapatero, and until now it had been kept in the Spanish Film Library.

On the spot, the minister has highlighted the “key” figure of Fernán Gómez “in Spanish cinema” and has indicated that his legacy in this industry “is a way to increase collective self-esteem.”

“At a time when public aid and the possibilities of the industry were much less, creativity was overflowing“, Iceta explained.

For his part, Fernando Fernán Gómez (son) thanked the organization of the event and encouraged us to celebrate the centenary of his father and “grant him the honors he deserved“.

THE CELEBRATION OF ITS CENTENARY STARTS

As reported by the Ministry of Culture and Sports, the act is part of the activities organized on the occasion of the centenary of Fernán Gómez, which starts this Saturday, when the artist would have turned 100.

For this reason, the Spanish Film Library has organized a special session in which the tribute that the recently deceased historian and filmmaker Jesús García de Dueñas dedicated to him in the 70s and the chapter that Fernando Fernán Gómez filmed and starred for the series’ La woman of your life ‘, produced by RTVE and broadcast on the first network in the mid-90s.

On the other hand, the date of the end of filming of one of the famous films that Fernán Gómez starred in, ‘That Happy Couple’, October 6, will mark from this year the date with which the ‘Spanish Cinema Day’.

Finally, ‘Manicomio’, his first film as a director, from 1953, has just been digitized by the Spanish Film Library and will be one of the films that will be screened at the San Sebastián Film Festival next September.

Culture points out that, throughout this year of tribute, the figure of Fernán Gómez will be remembered from all its facets. In addition to being an actor and director, he was a writer and occupied the capital letter B chair at the Royal Spanish Academy, thus making cinema visible in the institution.