“Young women need references according to their generation” 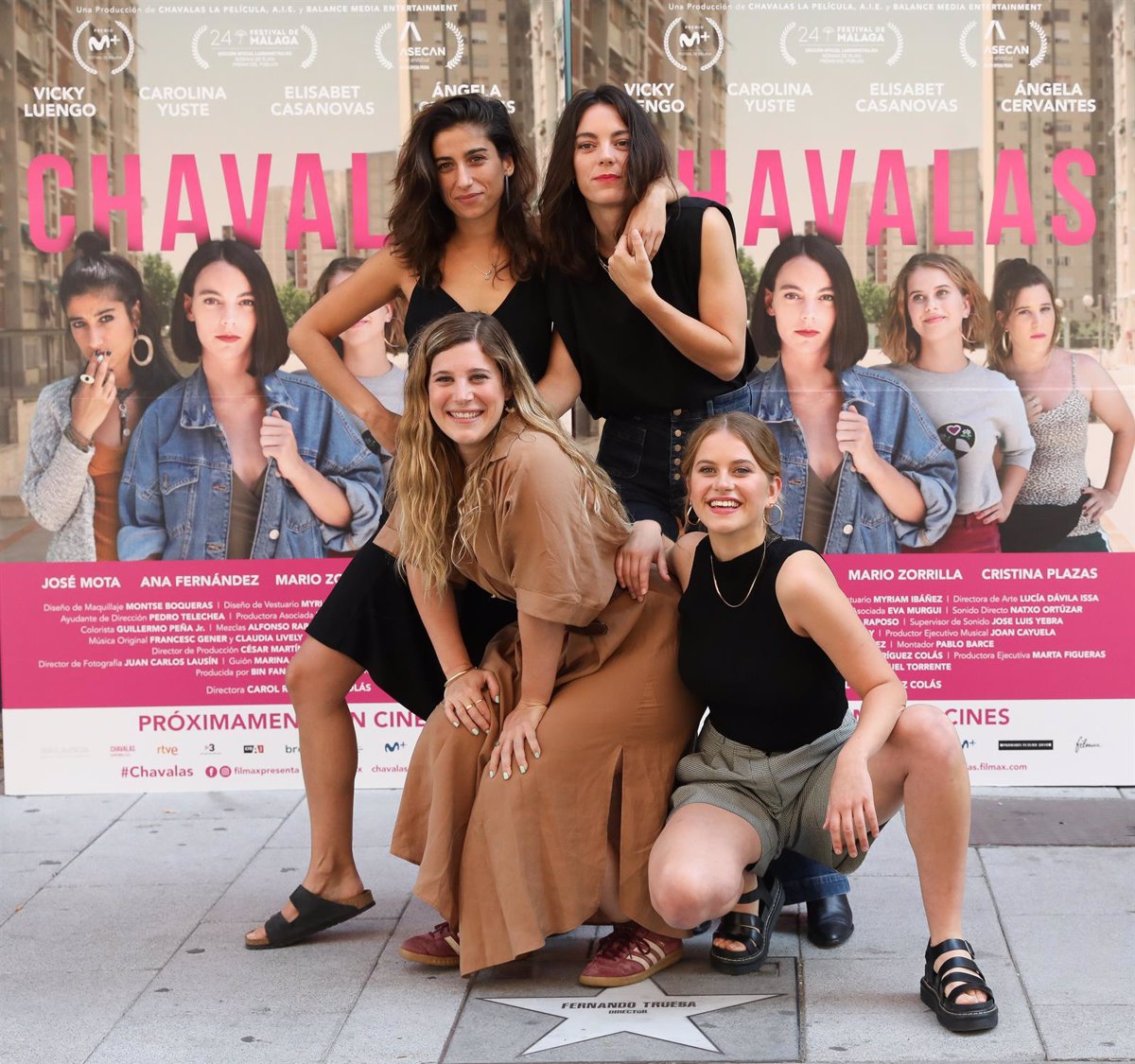 Vicky Luengo and Carolina Yuste lead the cast of the film ‘Chavalas’, which will be released on September 3 in Spanish cinemas, a film directed by Carolina Rodríguez and whose cast is complete Elisabet Casanovas and Angela Cervantes.

“Fiction builds realities, fiction creates references. There are many young people who need references according to their generation, “Carolina Yuste said in an interview with Europa Press, who lamented the references that were seen in her generation and that,” in reality, they had nothing to do with who we were. “

“There is something of the movement that is permeating the system. They are fooling us a bit, putting female characters imitating male roles. I think that the masculine imaginary needs a reflection on what it means to be a woman. It is not useful to me if you give me a female lead character if the series or film continues to be just as macho, “added Yuste, who also regretted that”male roles begin to be more interesting at age forty and women begin to disappear from that age“.

For his part, Luengo has stressed the importance of the female character, whether protagonist or secondary, having “identity and reality.” “Being a woman in the industry is closely linked to what it means to be a woman on a day-to-day basis. For me being a woman is wonderful, I don’t change it. To be a woman, still, is not to be in a position of equality yet, it is to be in struggleIt is to be accompanying other women to help each other, it is to understand how to stop being macho, “he stressed.

“The fact that sometimes in this industry such a great focus is placed on women means that there are, at least from my point of view, jobs that we do every day to deconstruct ourselves, with a double effort. In recent years, a large number of filmmakers have appeared with stories that belong to us. In addition, we believe that they are the stories that the public wants to see, “said Yuste, who in 2019 won the Goya award for best supporting actress for her work in ‘Carmen y Lola’.

Regarding this award, the actress has indicated that her life “It has not changed on a personal level but as a result of that I conquered a professional space where they realized that I was an actress“.” And that was very powerful because projects began to come. This year I have been a privileged person and I have worked a lot, but on a personal level, I am the same “, he assured.

‘Chavalas’ will hit theaters preceded by three awards obtained at the last Malaga festival, including the ‘Best First Feature’ and the ‘Audience Award’. This tragicomic film has been produced by Balance Media Entertainment, Televisión Española and Televisión de Cataluña, and will be distributed by Filmax.

SHOOTING IN COVID: “A MESS”

Filming of ‘Chicks’ began in 2020, coinciding with the start of the pandemic. As Luengo has recognized, the process of adapting to the new measures imposed by Covid-19 “was a mess” and he has ensured that he will not forget the film since it was “the first” he shot with a mask.

In any case, Yuste has underlined the importance of betting on culture: “A country without culture is a dead country and it is a country condemned to repeat the atrocities of history. And I don’t want that for my brothers or for future generations. “

Both actresses have worked in the world of television, film and theater. Luengo has affirmed that feeling “comfortable” in a job that “does not depend on the medium, but on the story you tell”, which is why she has insisted on the importance of telling “a story worth telling“while Yuste has recognized that, for her, doing theater” is like feeling at home “, since it is where her career began.

Finally, Yuste has also alluded to the situation that is being experienced in Afghanistan: “The world society has to make an exercise of solidarity and try to help all those women and children, I don’t forget the teenage men of Kabul either. But I don’t think we should forget that it doesn’t come from now. “