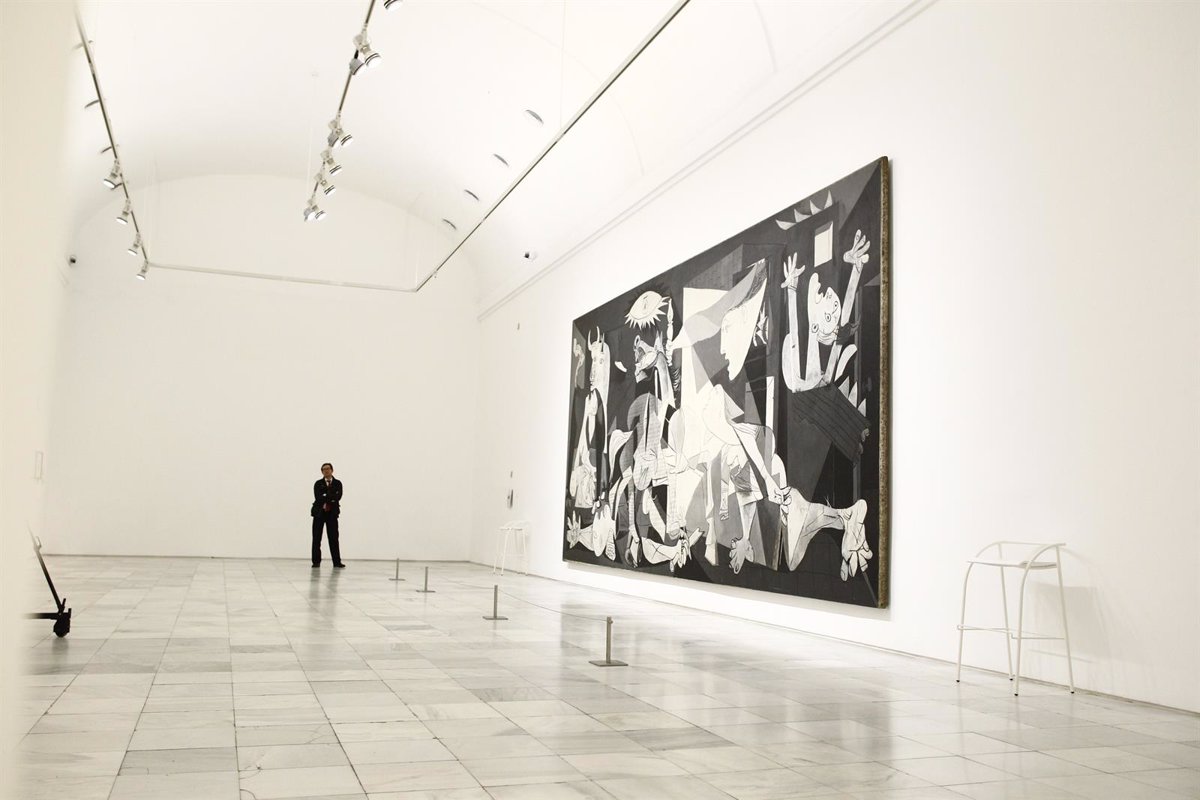 The National Institute of Performing Arts and Music (INAEM), in collaboration with the Reina Sofía National Art Center Museum has organized an event to celebrate this April 29, International Dance Day through a streaming for peace, which will unite the choreographies of the National Ballet of Spain (BNE) and the National Dance Company (CND) with the message against the war before Pablo Picasso’s ‘Guernica’ (1937).

Thus, room 206 of the Sabatini Building of the Museum opens to host a choreographic show of these characteristics which, for the first time, brings together the national dance companies in a joint artistic proposal in front of this universal work. The broadcast of the program will take place from 10:00 am this Friday and will remain on the social networks of the collaborating institutions.

The program will open with the absolute premiere of the piece ‘Sombras’, choreographed especially for this event by the assistant artistic director of the BNE, Miguel Ángel Corbacho, based on the composition ‘Racheo’, by Raúl Domínguez, as specified by its promoters.

It will be followed by the choreographies by Ricardo Amarante Fear and Loss, performed by CND dancers on the songs ‘Ne me Quitte pas’, by Jacques Brel, and ‘Mon Dieu’, by Charles Dumont, both with musical arrangements by Nataliya Chepurenko . The program closes with Sangre de toro, created by the director of the National Ballet, Rubén Olmo, based on Diego Losada’s ‘Bulería’; and the premiere piece, mounted for this commemoration, entitled ‘Guernica’, also with music by this composer.

Coinciding with the commemoration of the 85th anniversary of the attack, the Biscayan town of Guernica –bombed on April 26, 1937–, this initiative claims a message of harmony and solidarity through the universal language of dance.

In the words of the Minister of Culture and Sports, Miquel Iceta, “for the first time” he joins the two national dance companies “in front of a universal symbol of peace, such as Guernica, so that the talent and dedication of our dancers and the unique expression of dance in its different styles comfort us with its message of brotherhood, beauty and hope”.

The director of the BNE, one of the promoters of this initiative, stresses that “we wanted to express through dance the suffering caused by wars and our rejection of events like this happening again”. For his part, Joaquín De Luz, head of the CND, highlights that “dance is a universal language that connects us as human beings”. “It creates the opposite of war, which is destruction and separation,” he adds.