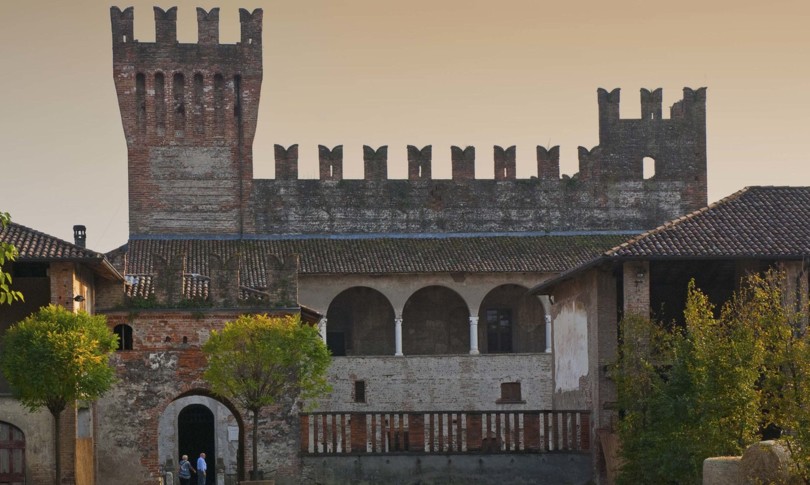 A fourteenth-century castle on the outskirts of Bergamo, once the home of the famous condottiere and captain of fortune Bartolomeo Colleoni, is quickly becoming one of the province’s most popular tourist attractions, thanks to a creative marketing strategy that includes exclusive tours, events, historical re-enactments, and village trips.

The castle situated in Cavernago, south of the capital, and it overlooks the Serio River Park, which spans 330 hectares of agricultural fields. It was originally a Ghibelline defensive structure surrounded by a moat that was abandoned for a few decades until it was purchased in 1458 by Colleoni, who had served as Captain General of the troops of the Serenissima Republic of Venice for 20 years and had been Lady of Bergamo since 1428, and restructured it by expanding it to make it his main residence. Colleoni sponsored parties, banquets, and tournaments in his castle for notable writers. He died in 1475 at the age of 80, leaving his castle and other belongings to his children.

The Colleoni family owned the castle until 1880, when it transferred to the Roncalli Counts, who later sold it to the Crespi family. He marvels at how it has maintained its medieval elegance, with pebbles alternating with terracotta bricks on the façade, watchtowers, crenellated walls, enormous loggias, a vast moat, and a historic drawbridge.

On weekends from March to November, it is open to the public for both free audio tours (preferably led by Medea Colleoni, the great Renaissance leader’s daughter) and guided excursions to explore the hallways and rooms on the ground and upper floors. Malpaga Spa, the firm that has spearheaded major rehabilitation and restoration initiatives for the castle and peasant residences, warehouses, stables, and adjoining military structures, is in charge.

When you arrive, you are met by attendants dressed in period attire who immediately immerse you in the ambiance of the fourteenth century. Beautiful frescoes from the 15th to the 17th centuries can be found inside. Extraordinary and intact, especially those on Girolamo Romanino’s bottom floor, which remind the stop he made in Malpaga with King Christian I of Denmark on his way to Rome. Upstairs, in the mid-twentieth century, discreet restoration interventions focused on removing the rear frescoes to reveal the Gothic frescoes wanted by Colleoni, and in some cases, even earlier ones. The interiors are adorned with vintage furniture that has been reconstructed.

A carriage ride around the village is one of the many activities available. Then there are historical re-enactments like the Palio di Malpaga in August, with the equine joust and parades, medieval themed banquets, theatrical and musical performances, children’s workshops, evenings in castle tents, and summer camps. Last autumn, 150 thousand tulips of 150 varieties, 15 thousand daffodils, and 5,000 hyacinths were planted near the castle, creating a carpet of color from which visitors can choose flowers and bulbs to take home as part of the “Seize the Beauty” project.