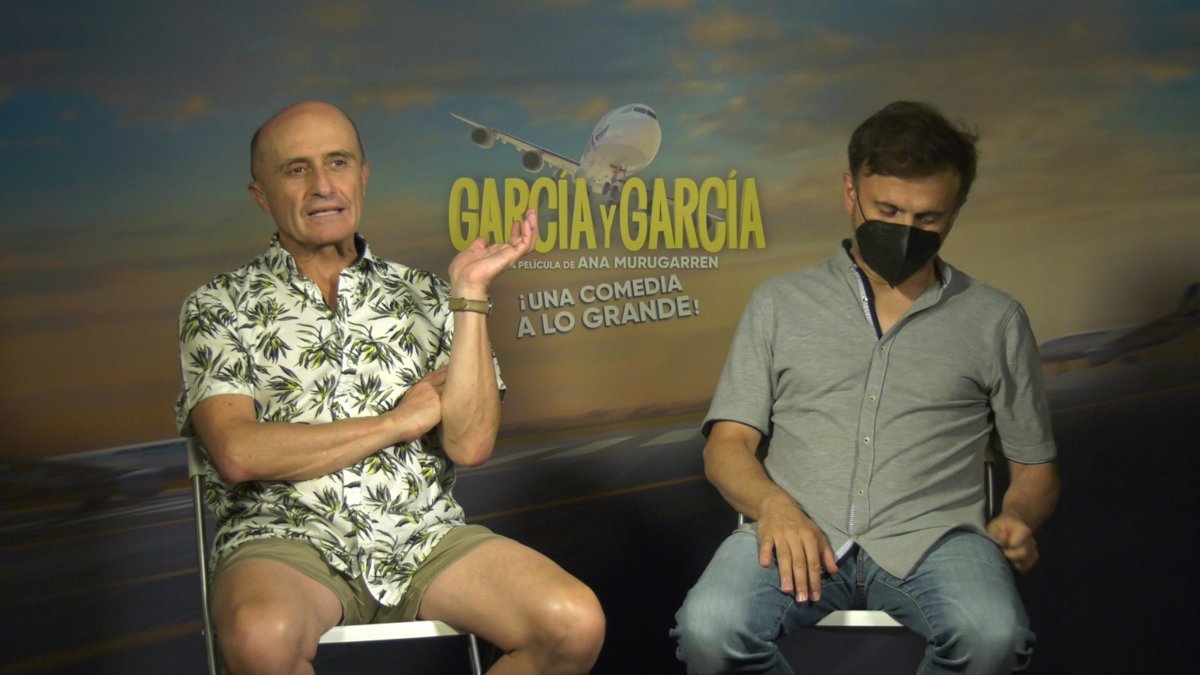 ‘Garcia and Garcia’, Ana Murugarren’s new film, hits theaters this Friday, August 27. A new bet on humor starring Pepe Viyuela and José Mota, which is ready to replicate the box office success of recent titles such as ‘A todo tren: Destino Asturias’, ‘Operación Camarón’ or ‘Derailed’. “Comedy is the best companion to return to theaters “, proclaims Mota.

‘García y García’ tells how Hispavia, a small-time low-cost airline, is in serious financial difficulties and techniques. In a desperate attempt to save the company, the Executives Decide To Hire Both A Professional Airline Consultant And A Mechanical Expert. There is only one problem, both are called Javier García and the company confuses them, which causes the consultant to finish as a mechanic and the operator has to act as an advisor. A confusion of unexpected consequences.

With a script written by Murugarren and Ana Galán, based on an idea from the producers of Carlos Lamela and Joaquín Trincado, ‘García y García’ seeks to narrate a certain social criticism wrapped in high doses of comedy. “The virtue of comedy is that you can report things in a very critical way. Although the blow is hard, the humor makes it with a silk glove. Comedy is capable of reaching places that would be more uncomfortable for another genre“, Mota explains in an interview for Europa Press.

“Comedy lightens the heartache of drama, of real life. We live surrounded by problems and stress. When humor puts the accent on these problems, we can see it from the outside and it becomes less heavy “, adds Pepe Viyuela, who emphasizes that, finally, comedy is knowing how to laugh at oneself. “In the end, we all have our flaws, we all make mistakes, we make mistakes, we are vulnerable“, he argues.

The film also exposes what the limits of humor can be in today’s society, in which social networks are present. “We live in a time when comedy traverses narrower paths. [Con las redes sociales] There are difficulties, but I also think that it ends up making its way, because it is impossible to put doors to the field. Comedy is inherent to the human being, we have to have humor in our lives“, says Mota, who points out that” you don’t have to be afraid “of humor.

“I hope we see more comedies directed by women”

“Historically, comedians have received touches of censorship. There has always been someone who has told you: do not say this, do not touch on these issues, that is not said. But comedy is unstoppable, you can’t contain the humor. […] Social networks are a place where you get crushed a lot for having made a joke, I think Twitter is one of the most uncomfortable“says Viyuela.

‘García y García’ also makes women filmmakers visible in comedy, as it is a project directed and written by women. “Hopefully we will see many more. It is still difficult to see female directors in high-budget films. The male sex has been over-represented not only in comedy or cinema, but in all areas. There are still more women in decision-making positions, which are still a very masculine territory. I trust that things keep changing“, shares Murugarren, who affirms that, as a director, she feels” comfortable with all genres. “” Now I have done comedy, but I would not mind doing one drama or another, “says the director of ‘Tres mentiras’ and ‘The fig tree of the bastards’.