Observations at the German Jazz Prize and the “Jazzahead” in Bremen 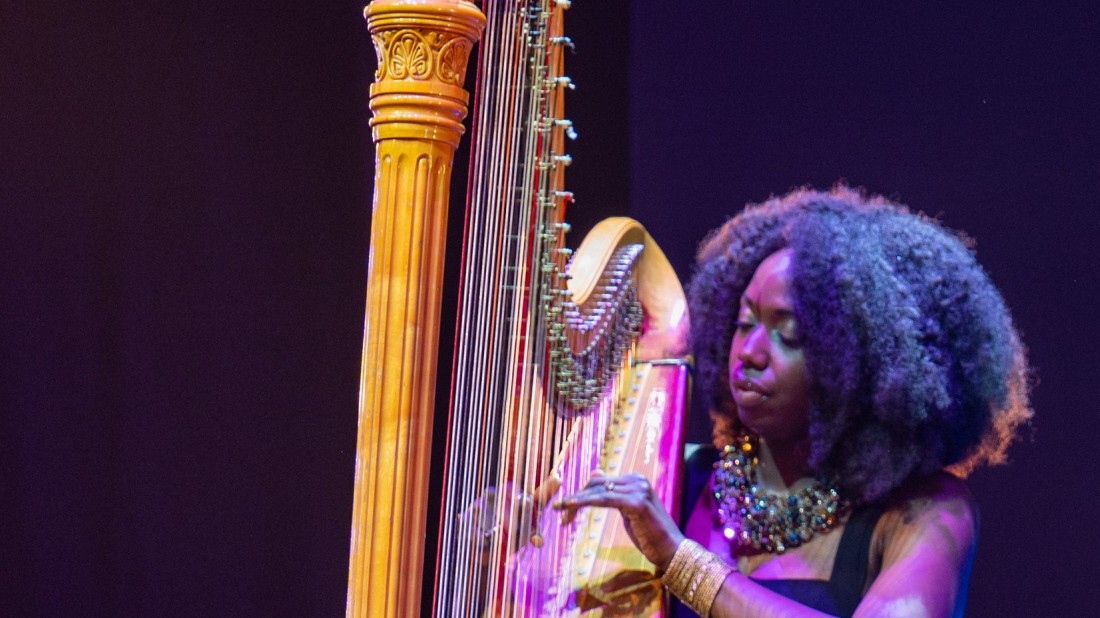 If all the improvements took effect as quickly as with the German Jazz Prize, then the scene would have fewer worries. A tough three and a half hour stream in four clubs when it was launched last year turned into an entertaining, sometimes almost too fast one and a half hour face-to-face event in the Bremen Metropoltheater this year. To put into perspective what that means, perhaps a brief recap of the history. In 2018, the scandal surrounding the rappers Kollegah and Farid Bang not only tore the pop echo into the abyss, but also parallel attempts in classical music and jazz to establish something like a German Grammy. The Echo Jazz, which has been awarded since 2010, was not a pure business prize, but also suffered from a number of birth defects, for example due to the undoped award by the industry association Deutsche Phono-Akademie. As a successor, the German Jazz Prize was installed in 2021, supported by the non-profit “Initiative Musik” initiated by the German Bundestag. And in 31 categories, the winners are each endowed with 10,000 euros, which is almost equivalent to an annual income for most German jazz musicians.

It’s difficult enough to give the niche event of a genre like jazz, which accounts for only 1.5 percent of the German music market, a touch of publicity. If the German Jazz Prize continues like this, it could succeed. Because you learned quickly during the conception. A lot has changed. Musicians can now apply themselves. The juries were better staffed. Above all, however, the radical streamlining of the repetitive rituals that make most award galas so unattractive had a positive effect. After the presentation of the three nominees, most of the winners were simply announced. Only selected persons were given the honor of a laudation or even a speech of thanks given by professional speakers for the first time. It had been shown in the past that most jazz musicians and industry giants are not born speakers. They certainly don’t come close to the effect achieved by Dietmar Wunder, the German voice of James Bond.

Among the 31 categories, there may be some that are dispensable

So the highlights of the evening really were some. For example, the anecdotal message, written in excellent German, by George E. Lewis, who joined in from Chicago, at the honorary award for saxophonist Ernst-Ludwig “Luten” Petrowsky, a key figure for jazz in the GDR. Or the pointed speech by the Ukrainian singer and pianist Tamara Lukasheva about the task of art under the current circumstances. Or the acceptance speech by the French soprano saxophonist Émile Parisien in his funny English. And because from Fola Dada (national vocals) to Linda Oh (string instruments international), from Gebhard Ullmann (woodwind instruments national and special prize of the jury) to Sylvie Courvoisier (piano international), from Oliver Steidle (drums national) to Michael Mayo (artist of the year). international), from Charlotte Greve (artist of the year national) to Magro (debut album), from Punkt.Vrt.Plastik (band national) to Sons of Kemet (Band international) covered the whole range of jazz and the relevance in the year to be evaluated was actually awarded, the award winners only had the usual subjective reservations.

Now you just have to purge the 31 categories. The honoring of the jazz clubs, for which there is already a separate prize with the “Applause” as well as for the jazz journalists – even if it was very gratifying from a local patriotic point of view that the “German Jazz Prize for journalistic achievement” went to the SZ -Editor Andrian Kreye left. This could save the moderators – Hadnet Tesfai and Götz Bühler, competent and charming – the pig gallop and make room for one or two music contributions given away in the after show, such as by Nubya Garcia. And get a near-perfect event next year.

Especially since the German Jazz Prize will remain in Bremen and linked to the “Jazzahead” for at least the coming year. A synergy effect that did the rest for the presence of musicians and audience. Those who then added the three days at what is now the world’s largest jazz fair and festival with this year’s 3,500 exhibitors and accredited participants from 60 countries saw some German problems even more clearly. With the number and quality of musicians, music and even the structurally ailing substructure of labels, distributors and promoters, as illustrated by the showcase concerts and the various presentations, Germany no longer has to hide internationally for a long time. What is missing is audience response, as the comparison with this year’s guest country Canada showed, but also the number of hits and ticket sales at the German Jazz Prize. Which in turn is due to structural deficits in education, media, funding, export and much more. Things are happening there, too, but that’s another story.